Canberra's final greyhound race will be raced in honour of the club's longest serving chairman Les Manwering on Sunday night.

Manwering resurrected the club from the brink of collapse in the mid 1980s and trained countless winners before he died of cancer in 1997. 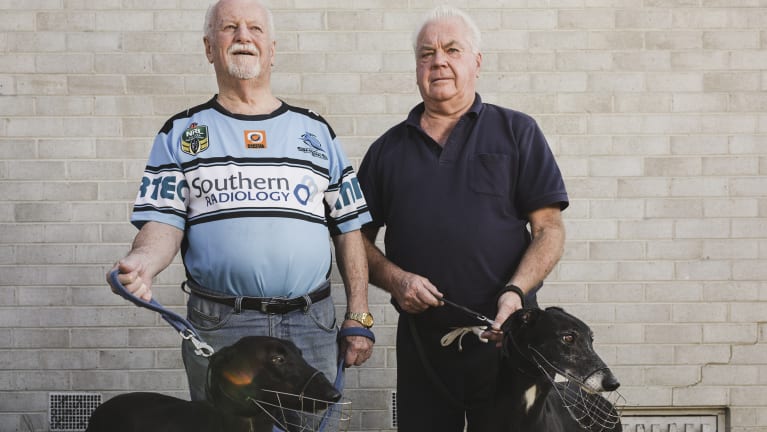 Canberra will host its final greyhound meeting on Sunday before the ACT government implement its controversial racing ban. The last race of the night will be named after Manwering.

In what will be an emotionally-charged meeting for the ACT greyhound community, Manwering's son Allan will present the final trophy of the night.

He emphasised his father was a quiet and humble man who never would have wanted a race named in his honour, but Allan said given the circumstances he allowed it to go ahead.

"It’s a nice thing, he put a lot of time and effort into the club," Allan said.

"After the track had been open for a few years it was ready to close down after a few shenanigans had done down.

"That's when the old man took over the club and got it on the straight and narrow. He did a good job, he was very trustworthy man with plenty of integrity.

"He never wanted a race named after him and that's why there hasn't been one, he wasn't open to these sort of things, he'd rather go about his business quietly and humbly.

"But Tutty (club chairman Alan Tutt) rang me up and considering it's the last ever meeting I said you know it won't hurt to have one race in his name."

The ban has been savaged by the greyhound community and Allan said his father would have joined the chorus condemning the government.

"It’s got nothing to do with animal welfare, anyone with any common sense at all knows that, it's just a Greens push and all political.

"Dad put a lot of time and effort into the club and to see it go under like this is just ridiculous, it's just wrong."

"We’ve raced out there for 39 years without a blemish on our record and they’ve banned us because of something that’s happened elsewhere, it’s very unjust," Shoobert said

"It’s a sad state of affairs when you can walk into anywhere and say 'we don’t like this so we’re going to ban it'. If they can do that to us they can do it to others without any rhyme or reason.

"I've been racing since 1964 and have never seen a dog mistreated, you go around to people's houses and their dogs are in beautiful condition, some you'd think are their kids."