Foley's bad night with the boot an aberration: Malone

Waratahs attack coach Chris Malone is backing Bernard Foley to bounce back against the Highlanders after a rare but costly off night with the boot last week.

Foley missed two crucial penalty goal attempts in Christchurch on Saturday, including one that would have put the Waratahs a nose in front of the Crusaders with three minutes to go. The final score was 31-29 in favour of the defending champions. 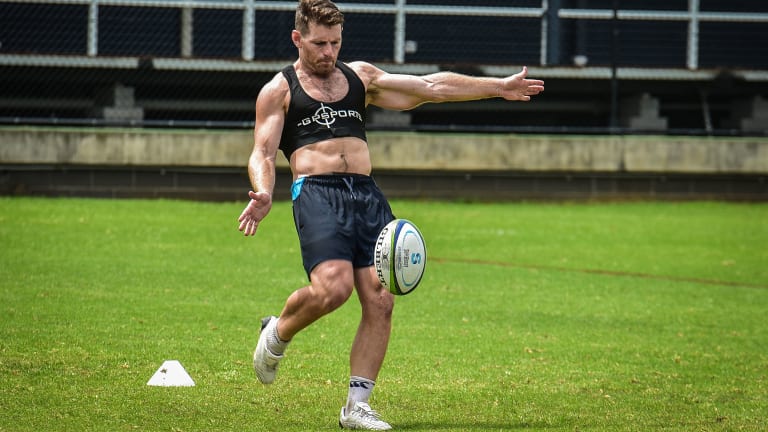 Foley is Super Rugby’s second-highest point-scorer this season with 113 off his boot alone.

As the competition's second-highest points scorer this season, sitting on 113 points behind Sharks five-eighth Robert du Preez on 146 points, Foley has had an excellent season.

He converted three of his team mates' four tries and slotted one penalty on Saturday night but missed a further three shots, taking his kicking accuracy for the season from 87 down to 83.1 percent. Malone, who is also the No.10's kicking coach, said it was an off night and nothing more.

"He's had the best percentage in all of Super Rugby this year," Malone said. 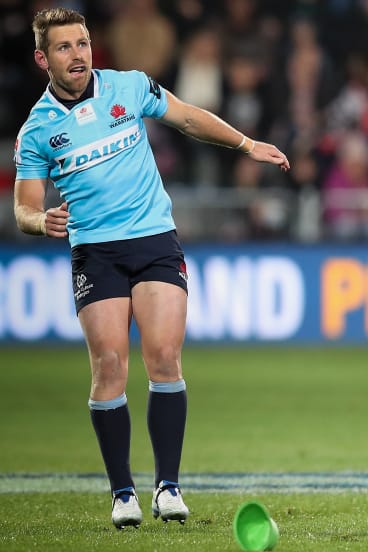 Ice man: Foley has a solid record against the Crusaders but struggled last Saturday.

"I was a goal kicker myself, you'll sometimes have an off day. There were obviously a couple of big kicks in that game that potentially could have won the game for us. Bernard himself was really disappointed in that, but we'll go away and work on the things he didn't do quite so well on the weekend."

The Waratahs have options in the kicking department, with centre Kurtley Beale a reliable kicker especially from long distances, but Malone said there was no reason to look elsewhere.

"If you look at the numbers on this year alone, Bernard's right up the top and he's been kicking really well. Any time there's an option for us to take a shot at goal it will definitely be Bernard Foley.

Foley is held in high regard by Crusaders fans, who watched him kick the Waratahs to glory in the 2014 Super Rugby final. The 28-year-old has a reputation for nailing the big moments with the boot, which made his second miss, in particular, all the more unusual.

"I've been his kicking coach now for a number of years and he's shown us in big games he's got the mental capacity to nail them," Malone said.

"Like any goal kicker he can have days when things don't go as well but they're few and far between for Bernard and I expect him to bounce back well against the Highlanders this week."