Olivier Giroud again roved the scourge of Southampton, setting Chelsea on course for FA Cup semi-final success and a showdown with Manchester United.

A week after coming off the bench to net a brace and inspire a remarkable comeback win at embattled Saints in the Premier League, the 31-year-old returned to haunt Mark Hughes' side at Wembley. 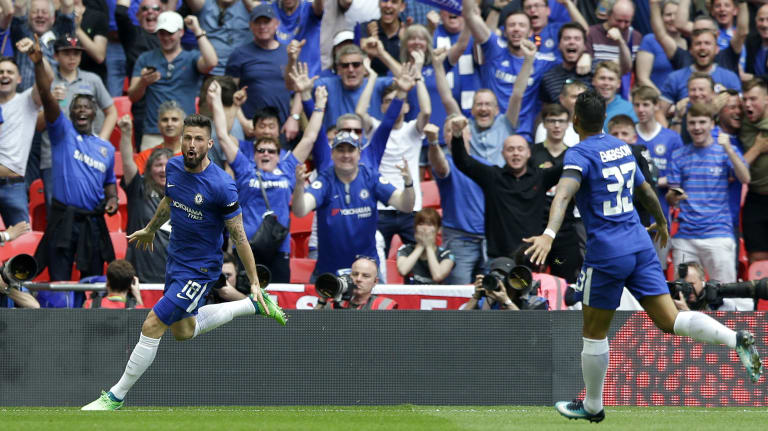 Ex-Blues boss Jose Mourinho lies in wait for Antonio Conte's men on May 19, when the west Londoners can atone for last year's shock FA Cup final defeat to Arsenal – and perhaps give their manager a victorious send-off as speculation continues over his future.

Chelsea were firm favourites to win this semi-final and Willian hit the crossbar early in a one-sided first half, yet Saints managed to batten down the hatches. 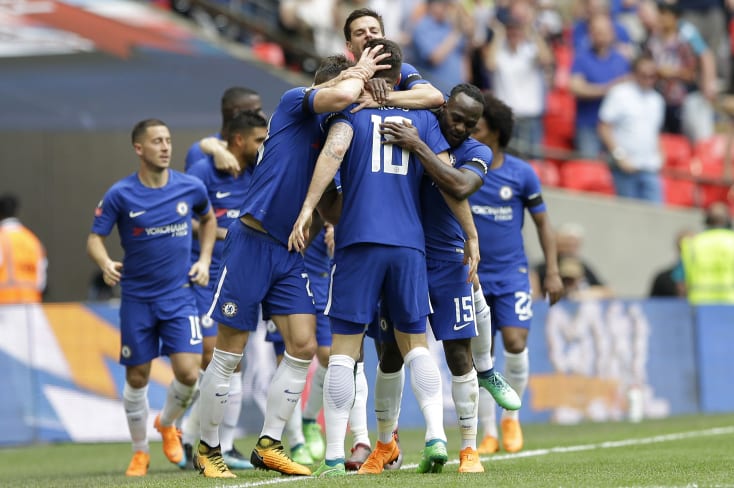 But just seconds after half-time that hard work was undone as Giroud was all too easily allowed to jink through and turn home a smart individual goal.

Southampton rallied as substitute Nathan Redmond came close, but Morata headed the Blues through to a second successive FA Cup final as Saints' dreams of adding to their 1976 triumph died.

Giroud joked of his love for skiing after using fantastic footwork to slalom past several Saints defenders to open the scoring before revealing his happiness at playing at Wembley.

He told BT Sport: "My second passion is actually skiing! Eden (Hazard) gave me good ball, I saw a lot of players in front of me, I just tried to dribble a little bit and had a bit of luck but that's what I wanted to do so at the end of the day I'm very pleased for the team.

"We are in a very good momentum and we want to keep it up. I told the team I really want them to enjoy the FA Cup because I know what kind of feeling it is. It (Wembley) is like my garden and I love to play here. Hopefully for the final we're going to keep it up."

Hazard added: "We played a very good game, especially in the second half. We created a lot of chances and we scored beautiful goals, especially Olivier! It was fully deserved (win). Now we are in the final.

"It's always good to play against (final opponents Manchester United). We've won one, they won at Old Trafford so the final is very good for this kind of game."