KSI takes on Logan Paul on Saturday in a professional boxing fight, their second against each other.

The pair drew, after seeing their brothers can head-to-head on the undercard in Manchester in 2018. 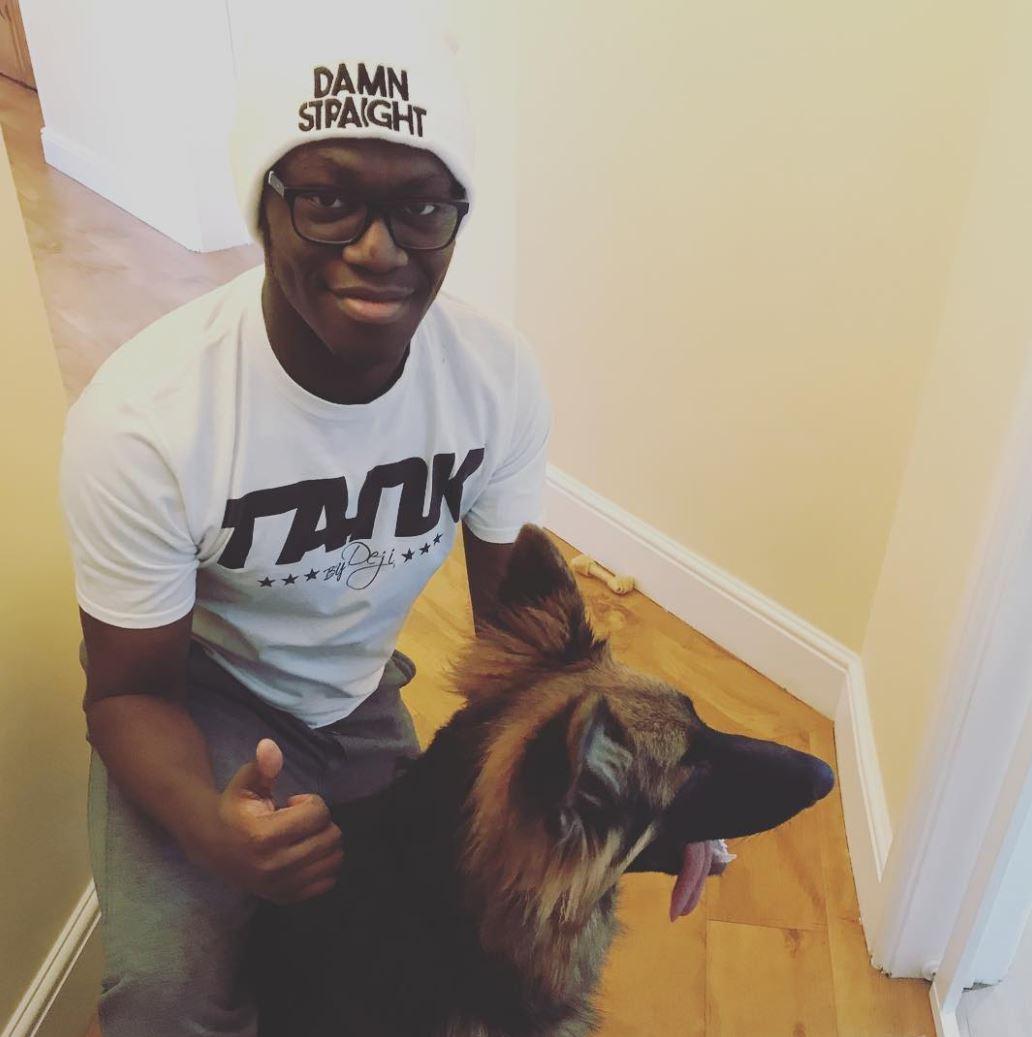 Who is Deji and how old is he?

Deji Olatunji was born in London on December 9, 1999. He currently lives in Peterborough with his parents.

After appearing on some of his brother's videos, Deji joined YouTube in 2011, uploading videos where he took part in deadly challenges which boosted his number of subscribers.

All the people who support me, thank you. I'll be fighting for you

All the people who support me, thank you. I'll be fighting for you

He currently has over 9 million subscribers and made the second place spot in the UK's Most Influential YouTube Creators list by Tubular Labs for the BBC in 2015, finishing behind his brother KSI.

His success has seen him launch a clothing line, Tank, which creates and sells beanies and baseball caps.

Have KSI and Deji settled their family feud?

Things got heated in the Olatunji household towards the end of 2018, shortly after his fight against Jake Paul.

Deji and KSI – real name Olajide Olayinka Williams "JJ" Olatunji – got into feud that resulted in older brother KSI thrown out of the family home at Christmas time.

As reported by Metro, JJ said: "First it was Christmas that was taken, now it's my birthday, My brother is literally making my life hell.

"I talk to him to try and get professional help to fix our situation and he refuses."

However, Deji has been talking up his brother ahead of his rematch against Logan Paul, while also considering a return to the ring.

Did Deji lose to Jake Paul?

After beating Joe Weller at London's Copper Box Arena in January, KSI challenged the Paul brothers as his next opposition.

With KSI facing Logan Paul, Deji stepped up to face Jake in what will be his first amateur boxing contest.

Before the fight, Deji admitted he does not consider himself an athlete, while Jake had fighting experience having taken part in wrestling when he was younger.

And it showed as the younger Paul won by technical knockout in the fifth round in Manchester.