Home » Sport » I went to a non-league soccer game instead of paying $20 to watch the English Premier League on pay-per-view. Here’s why it was a one of the best days out I’ve had in 2020. 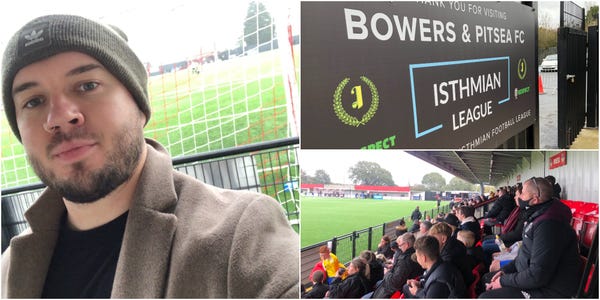 So when the two channels, in conjunction with the division's clubs, announced they were to charge viewers $19.50 per game to watch extra fixtures outside the regular broadcast selections, it's no wonder fans revolted.

Since the announcement at the start of October, protesters of the scheme have raised more than $390,000 for charity by donating the fee the broadcasters have asked for to good causes, such as food banks, reports the BBC.

Wired reports that there has also been a huge surge in fans watching illegal streams in order to avoid paying the cost.

For my protest against the scheme, I decided to go down a different route all together.

With lower league clubs across the country struggling financially amid the coronavirus pandemic, I figured my money would be better served helping out those in need rather than further expanding the pockets of the already rich.

So, on Saturday October 24th, off I popped down to Pitsea, Essex to watch Hashtag United face Southend Manor in the Essex Senior Football League, which sits in the ninth tier of England's football pyramid.

Hashtag are one of the more interesting teams in English football, having started out as an exhibition side founded by YouTuber Spencer Carmichael-Brown before turning into a fully fledged semi-pro outfit — but more on that in the coming weeks.

The outing, which would have cost less than $20 in total, turned out to be a great decision, and far better than spending that same money to sit on the couch at home.

I arrived to the stadium early to give myself plenty of time to have a look around. 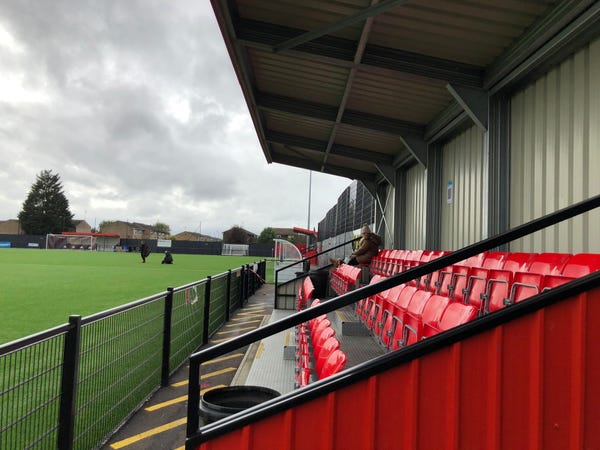 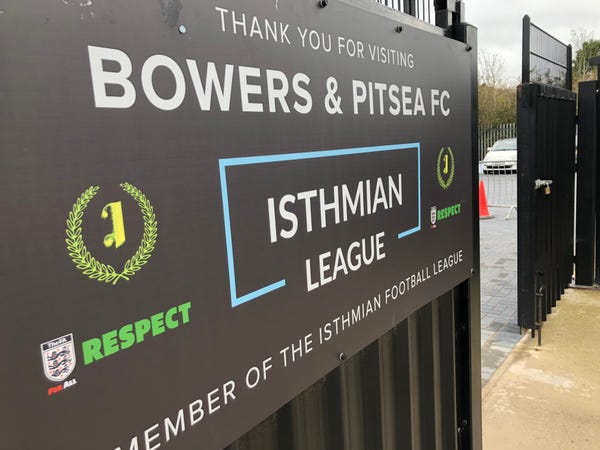 Disclaimer: Insider attended the game to interview a number of people involved with Hashtag United so did not pay for entry, but did pay for food and drinks.

The crowd started to gather about an hour before kick-off, just as the players started warming up. 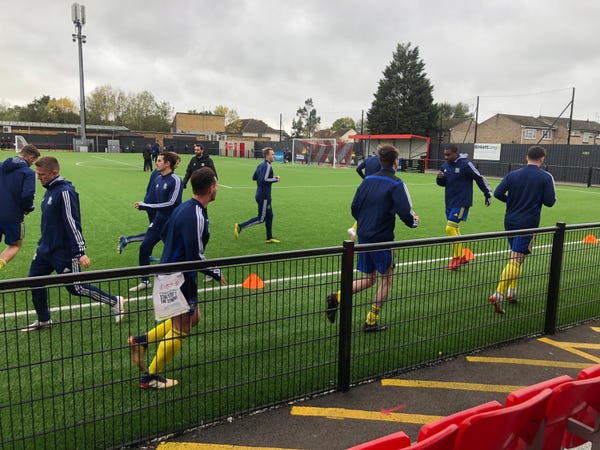 Most of the crowd consisted families with young children, which was nice to see. 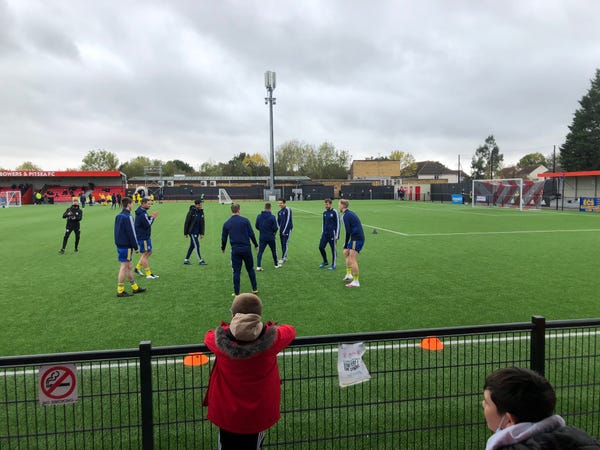 In total, around 300 people came, all of whom were sat or stood socially distanced where necessary, of course. 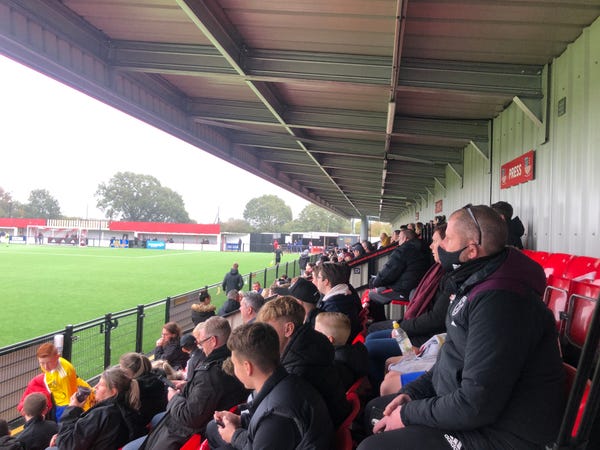 The stadium had plenty of standing room, so during the game, I could get right up close to the action. 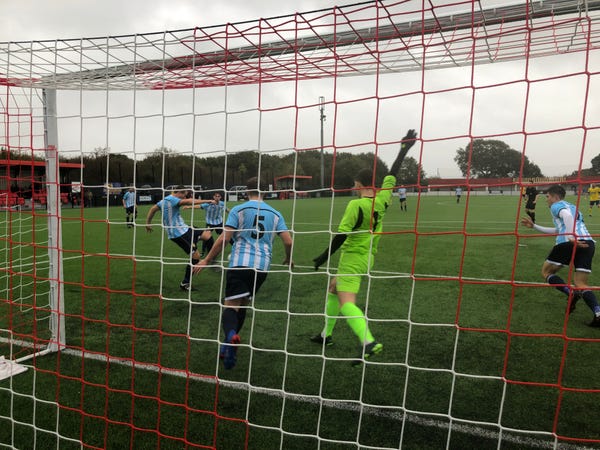 Which was much higher quality than you would assume for the ninth tier. I've definitely seen worse Premier League games. 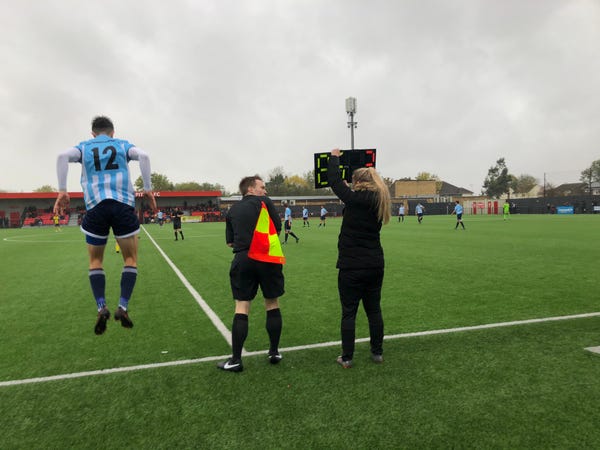 Come half-time, I decided to get some food. 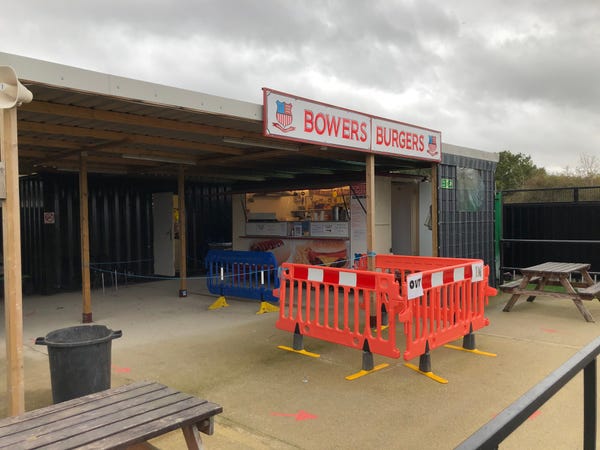 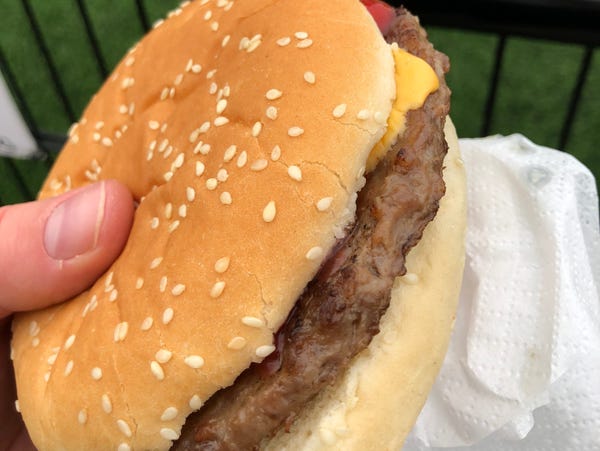 And no game is complete without a pint of beer, so I popped to the bar too. 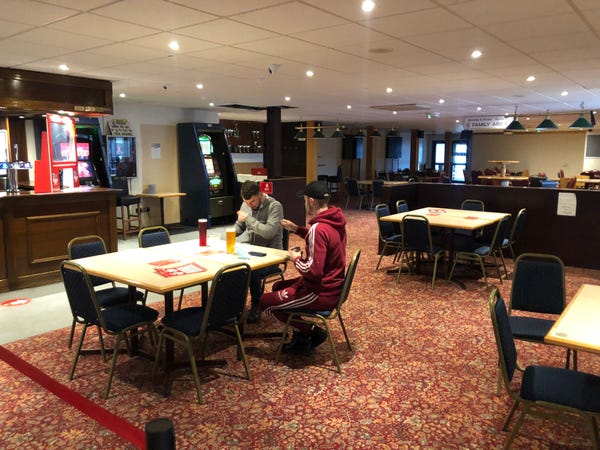 Where it cost me just another £4 ($5) for this freshly poured lager. 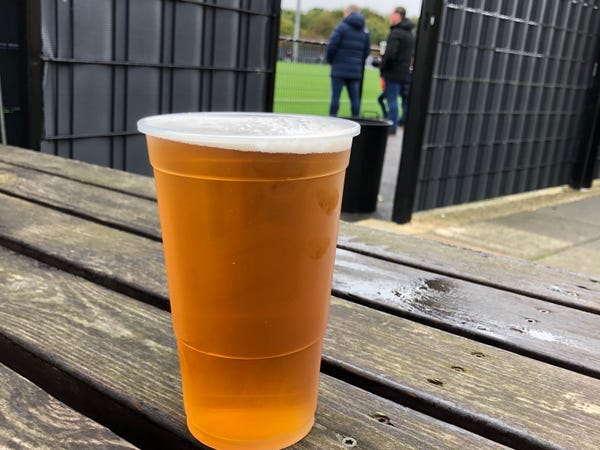 Fed and watered, I observed the second half from the best view in the house, in the stand, sheltered from the rain. 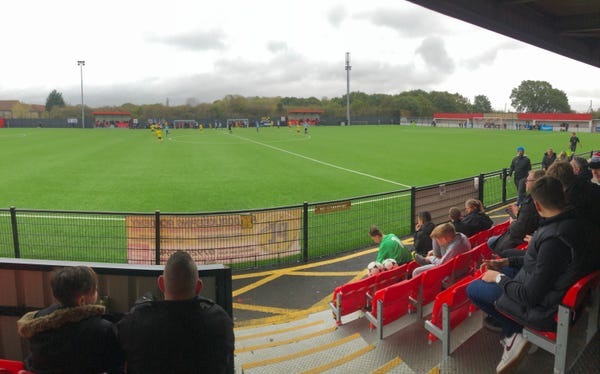 Others chose to brave it though to get a bit closer. 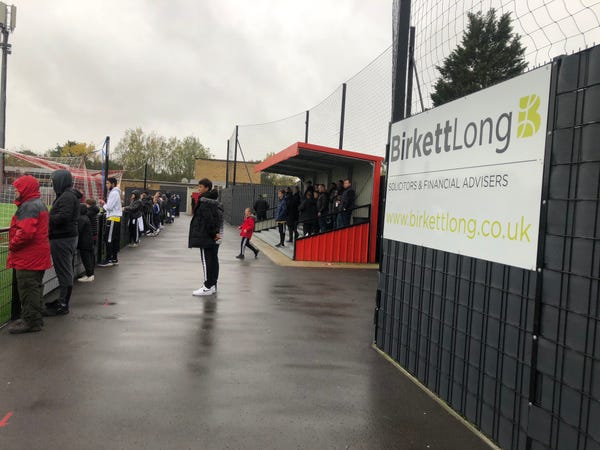 The match finished 1-1, but was an exciting affair nevertheless. 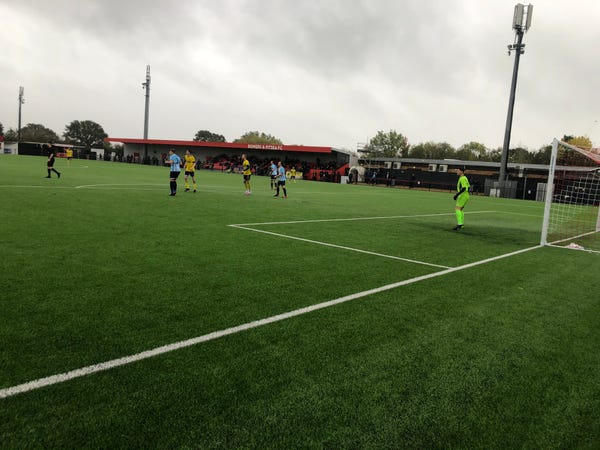 All in all, it was a terrific day out, which costs me a total of just £13 ($17), less than what I'd have paid for an extra game on television.

I know what I'll be doing next weekend. Up the Tags! 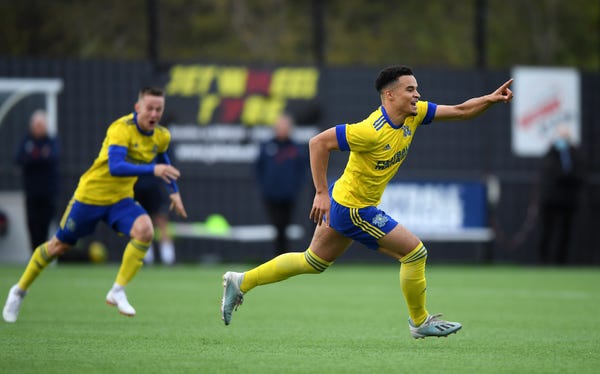