Geelong are determined to take no risks with in-form forward Dan Menzel, who will miss Saturday's big match against Sydney with groin soreness. 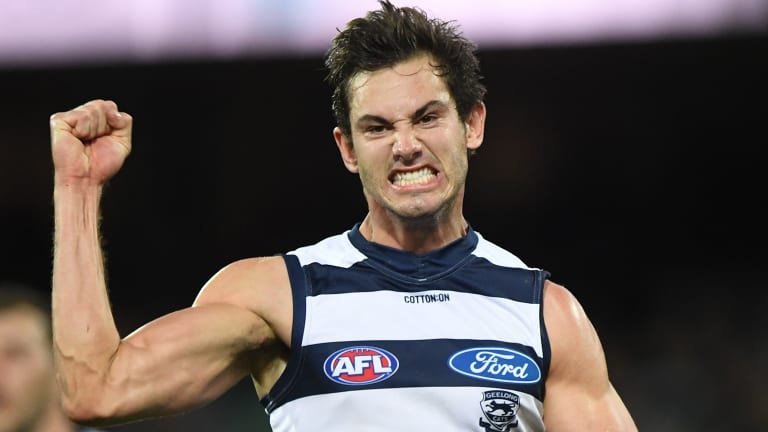 Daniel Menzel will be rested against the Swans.

But given his long history of injuries, including four knee reconstructions and groin problems, the call was made to rest Menzel against the Swans after he reported soreness.

"We need to give a certain level of clarity around his management, which is that he's a heavily managed player and he's had ongoing issues not just with his knees but his groin as well," coach Chris Scott told reporters on Thursday.

"He was going really well this time last year and the reflection from Dan in particular, as well as our people, is that we waited a little too long before we intervened.

"We've all been on high alert as to his status and if he showed any symptoms we were determined, irrespective of the opposition, that we were going to intervene.

"Hopefully that means that the seriousness has been mitigated."

The Cats could have Menzel back for the round seven clash against GWS.

"We're going to prioritise trying to get maximum performance out of Dan throughout the year, and especially towards the end of the year, as opposed to having him hobbling, which was the case at the end of last year," Scott said.

"He's playing really well and that adds to our determination to manage him to the point where he can play well every time he goes out there."

Menzel's absence this week means both clubs will be without their season's leading goalscorers, as Swans spearhead Lance Franklin will miss with a bruised heel.

Cats superstar Gary Ablett will almost certainly sit out at least one more week after straining a hamstring in round three.

"We always said we were going to wait until we thought he was right and then wait a bit longer and I think that's still the case," Scott said.

"It wasn't a serious injury.

"But he's an important older player for us who's going to be more important as the year goes on, as opposed to right now, even though we are playing some pretty good opposition."

The sixth-placed Cats and 10th-ranked Swans are among nine teams boasting 3-2 win-loss records.