JAMES MILNER joyfully collected his third Premier League winners' medal on Wednesday night, adding to the two he earned with Manchester City in 2012 and 2014.

And in doing so, the 34-year-old entered an exclusive club. 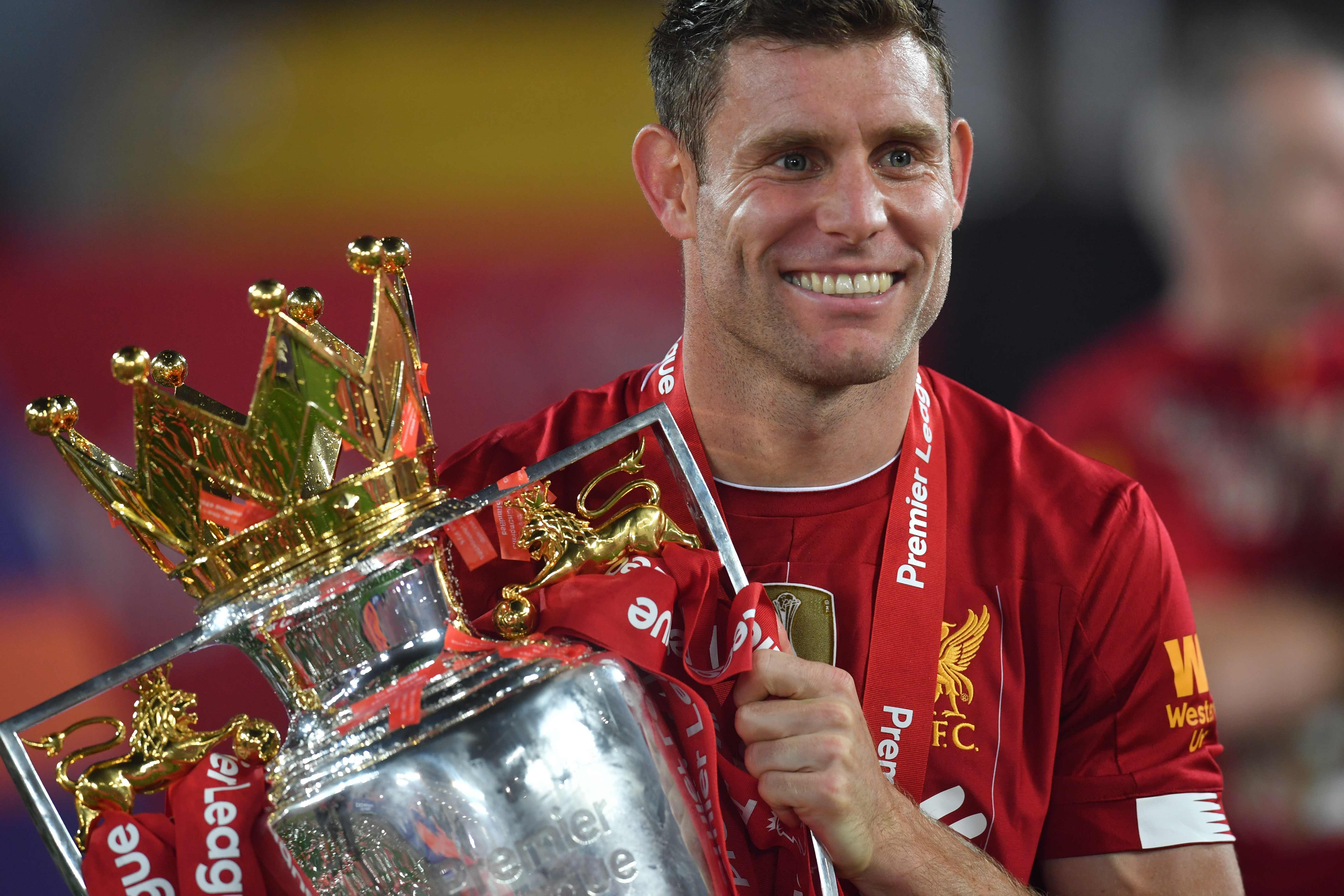 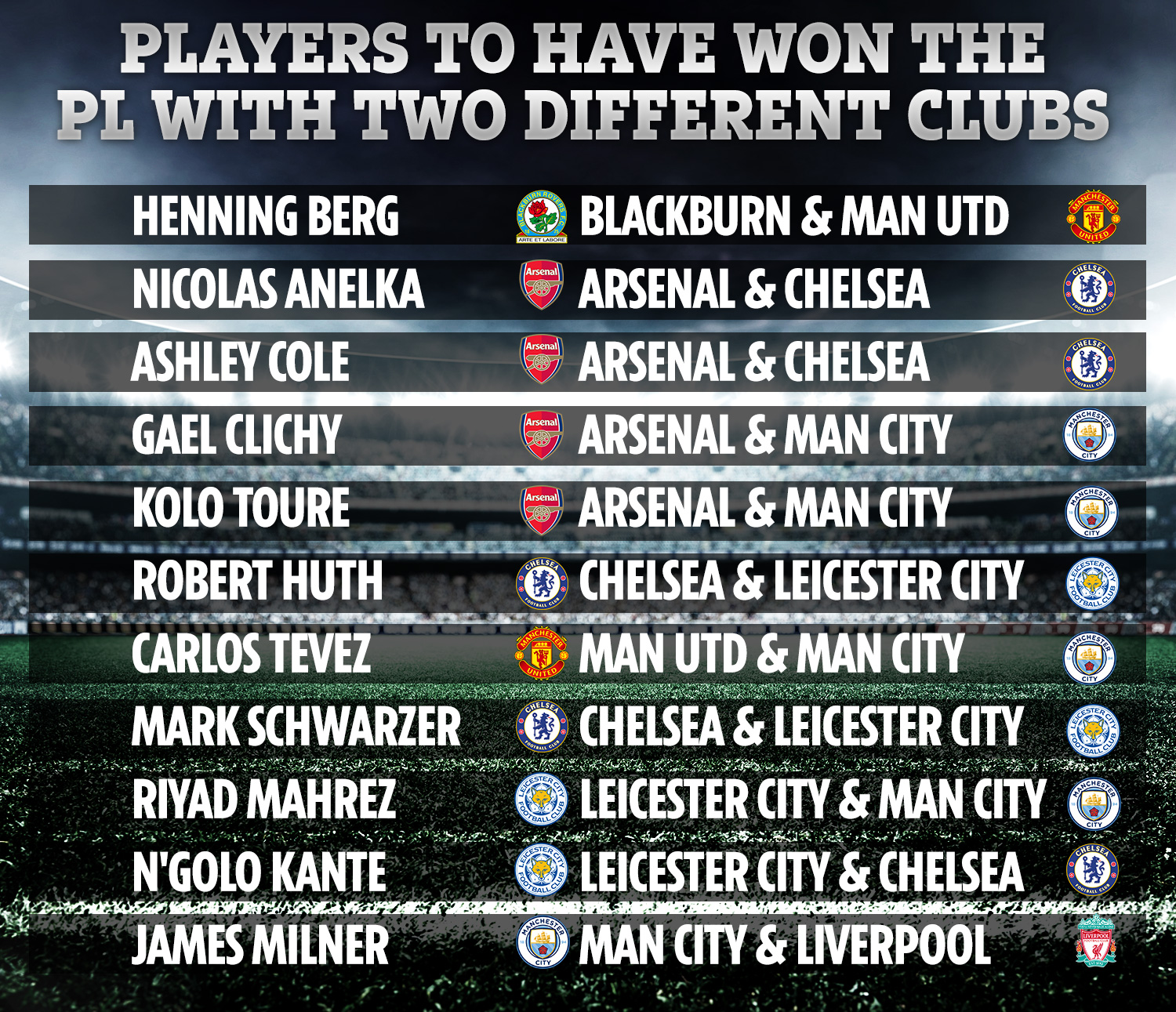 The former Leeds, Newcastle and Aston Villa midfielder became just the 11th player in Premier League history to have won the title with more than one club.

And he certainly relished the moment, caressing the trophy and even laying into Manchester United – referring to the Red Devils as "f****** w******" when noting that the trophy was finally adorned by the red ribbons of Liverpool… and not their hated rivals from across the M62.

But who else has achieved the impressive feat? Let's take a little wander through history. 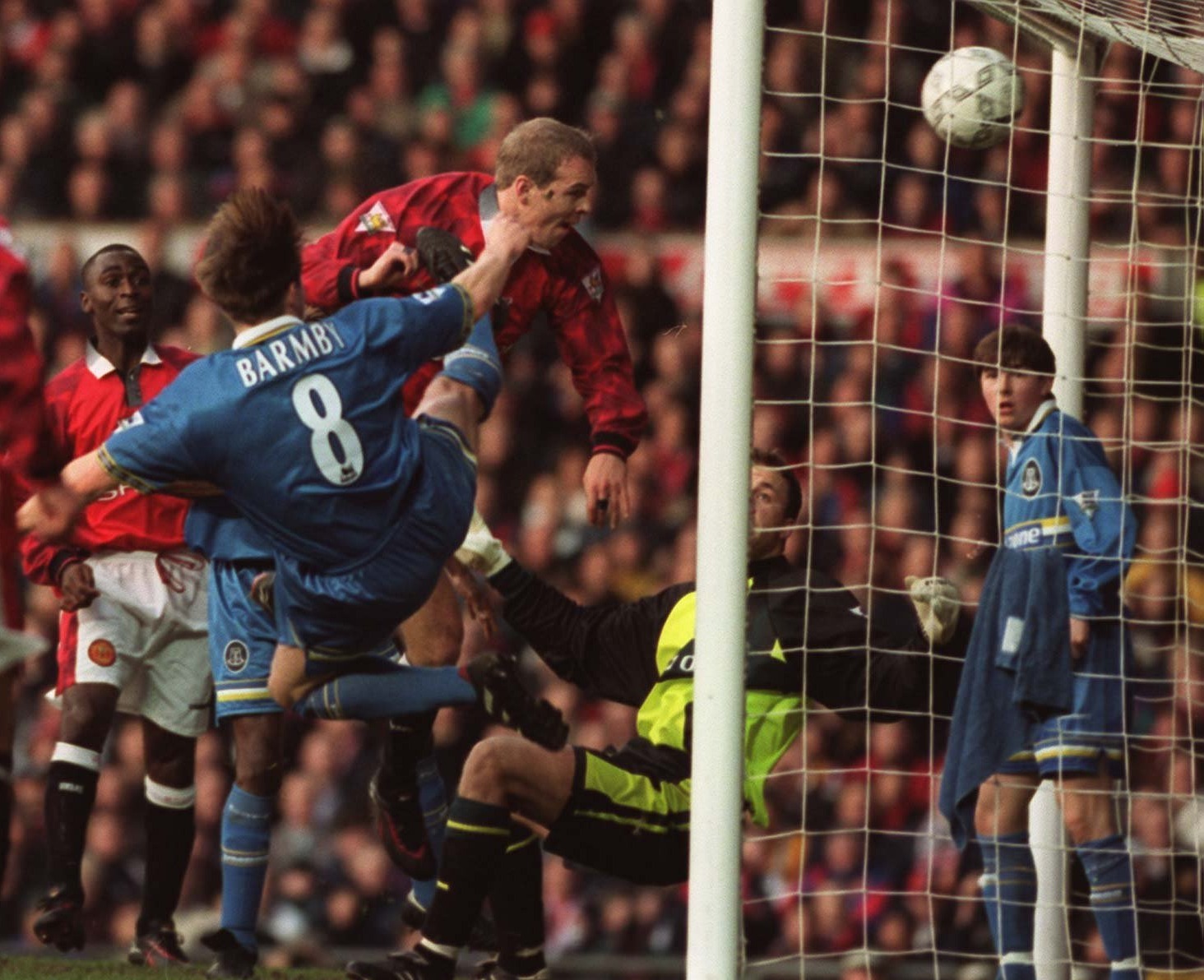 The Norwegian defender arrived in England from Lillestrom in 1993, embarking on a decade-long Premier League career that would yield four titles.

He started 40 of Blackburn Rovers' 42 matches in their victorious 1994-95 title-winning campaign before winning a further two, the first as part of the famous treble, with Manchester United.

Berg, 50, can now be found managing Omonia in Cyprus – having had a disappointing spell in charge back at Ewood Park in 2012. 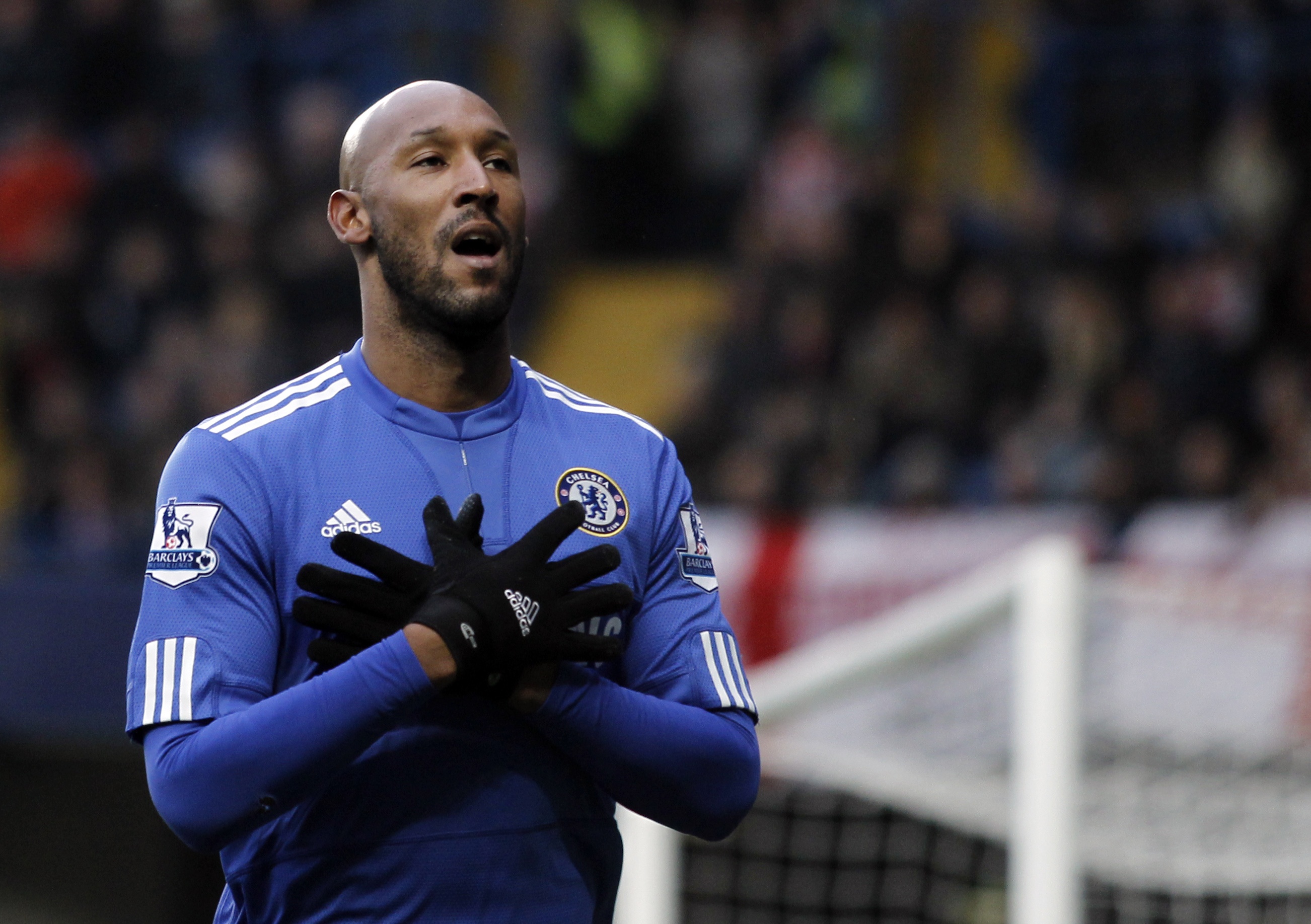 The 41-year-old now spends his time working at Fenerbahce, having left his role as academy coach at Lille earlier this year. 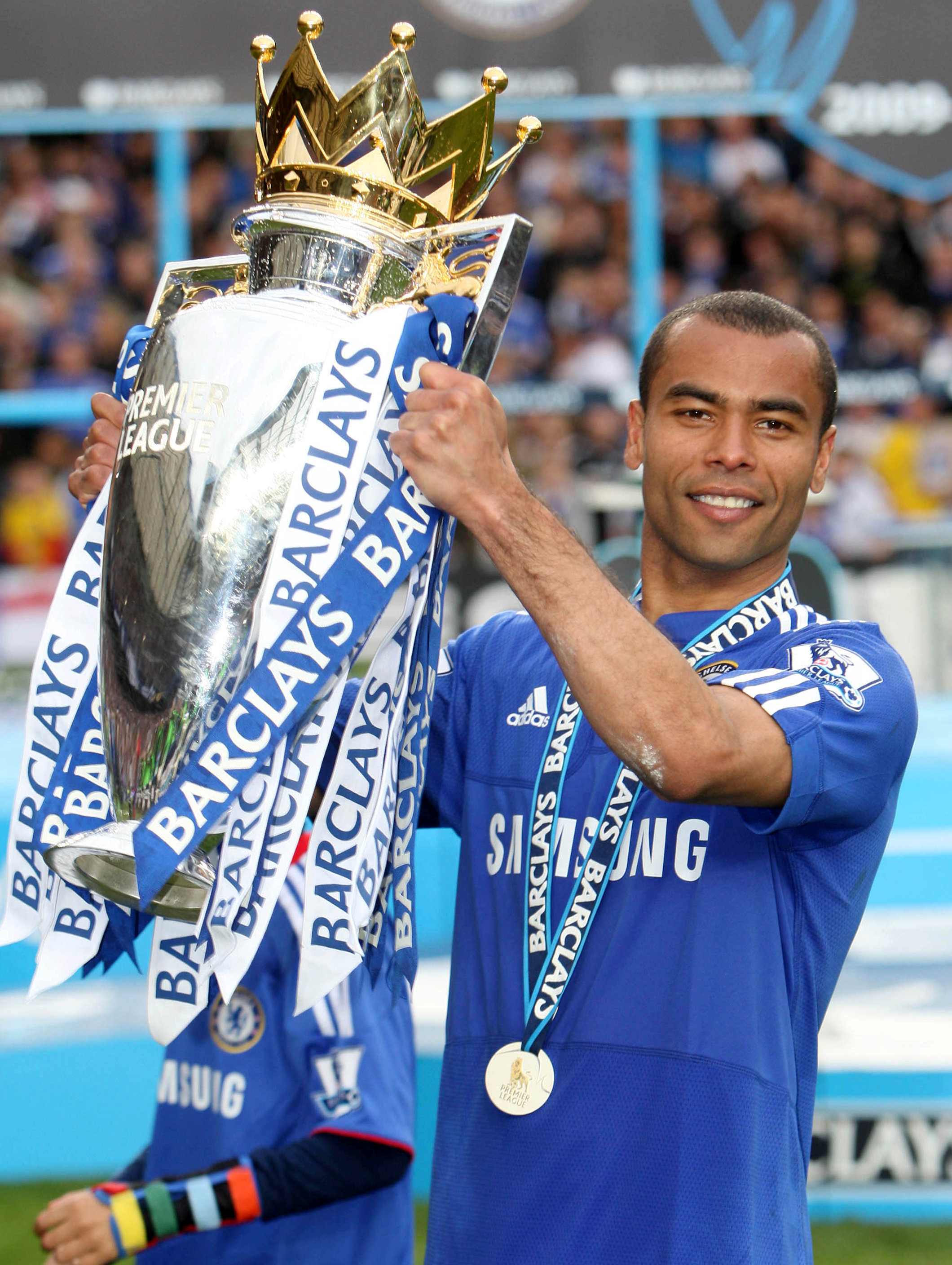 Ashley Cole infuriated Gunners fans when he left for Chelsea in 2006, as they knew they had lost arguably the world's best left-back to local rivals.

The homegrown talent had played a big role in Arsenal's "Invincibles" triumph in the 2003-04 season as well as their title win in 2001-02, before growing disillusioned with life at Highbury.

Cole made his final appearance for the Gunners in the 2006 Champions League final defeat to Barcelona – but ended up getting his hands on the trophy six years later with Chelsea – as well as the Premier League title once again in 2009-2010 – he is now back at Stamford Bridge as a youth team coach. 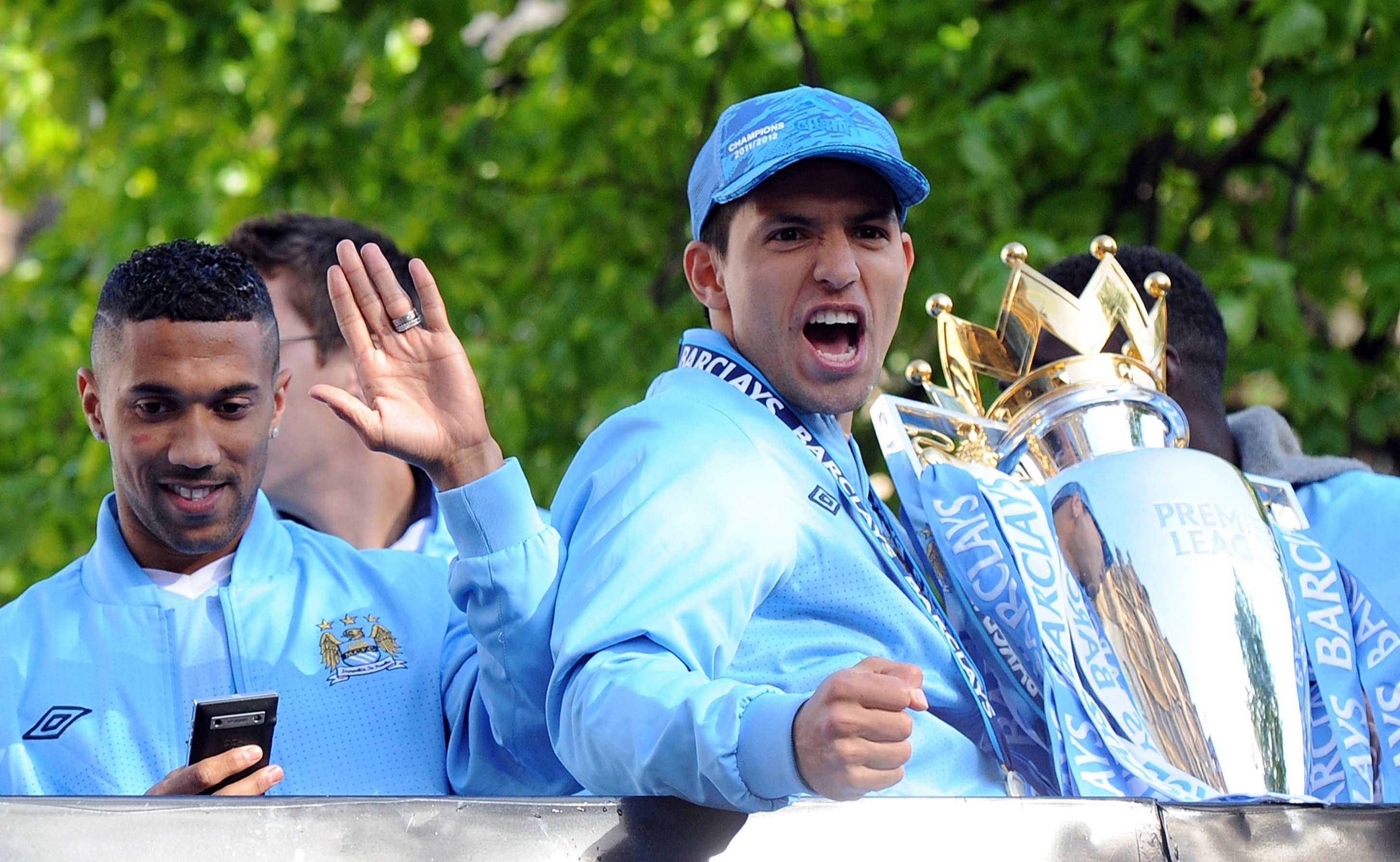 Gael Clichy was Cole's understudy at left-back during the Invincibles triumph of 2004, and would grow into his role as first-choice after the England man's acrimonious 2006 departure.

After failing to win it again with the Gunners, however, he decided to swap the Emirates for the Etihad in 2011 – subsequently winning two more titles as he wrestled with Aleksandar Kolarov for a starting berth at Manchester City.

Now 34, Clichy is still playing out in Turkey for Istanbul Basaksehir, where he has just added another domestic league trophy to his cabinet. 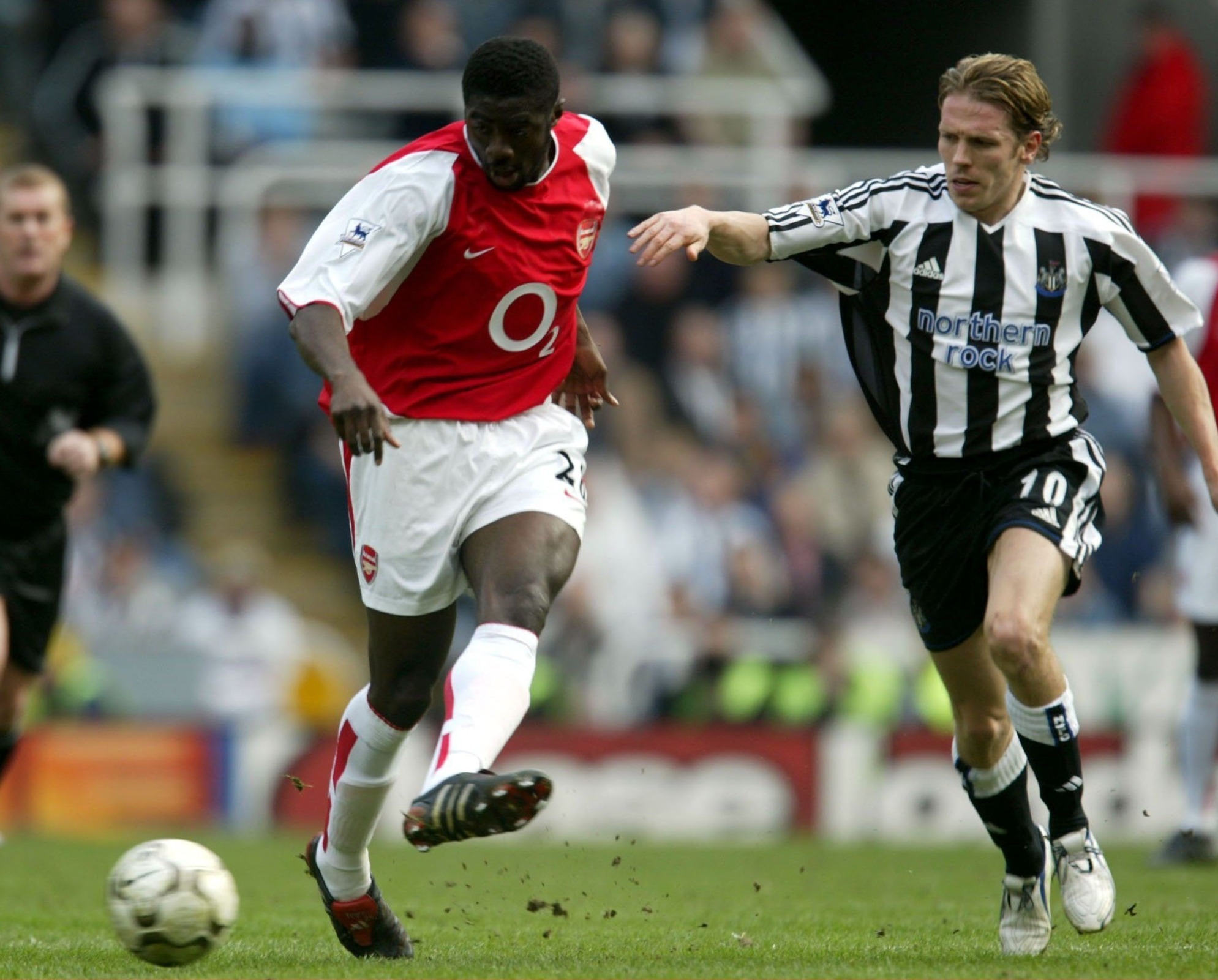 Another that walked what became a well-trodden path from North London to Manchester – Kolo Toure played all-but-one game for Arsenal during that victorious 2003-04 season.

He would have to wait another eight years to win it again, however, doing so with Manchester City in 2012, featuring 14 times as experienced understudy to Vincent Kompany and Joleon Lescott.

Toure, now 39, then played under Brendan Rodgers for Liverpool and Celtic – before moving onto the Northern Irishman's coaching staff at Leicester City. 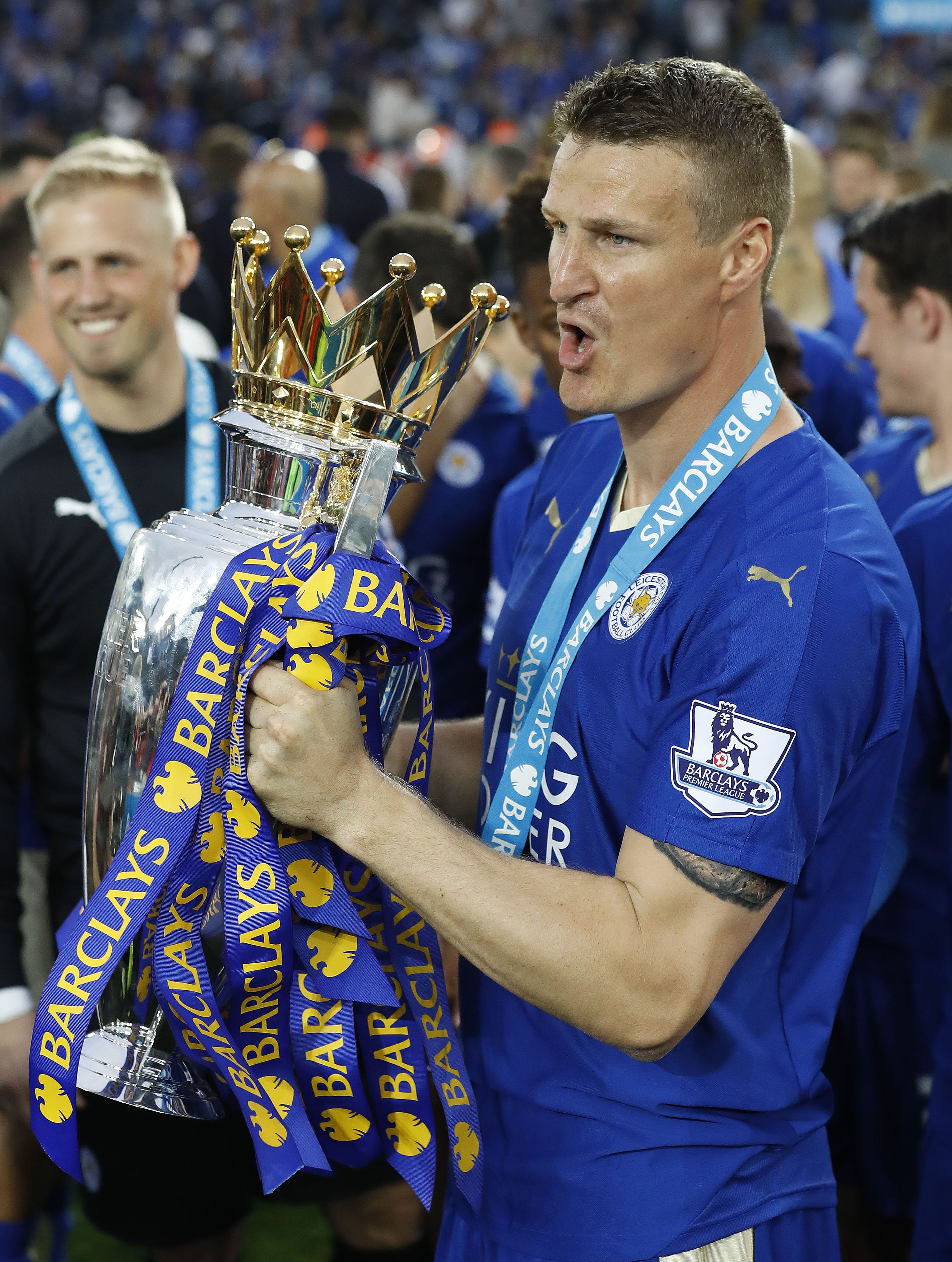 The German acted as back-up to John Terry and Ricardo Carvalho as Chelsea blew the Premier League away in the 2004-05 and 2005-06 seasons – featuring ten and 13 times respectively.

It appeared that his title-winning days were behind him, however, following spells at Middlesbrough and Stoke.

But Huth returned to prominence in the 2015-16 season, playing a dominant role in Leicester City's remarkable run to their shock Premier League title win that season – before retiring two years later. 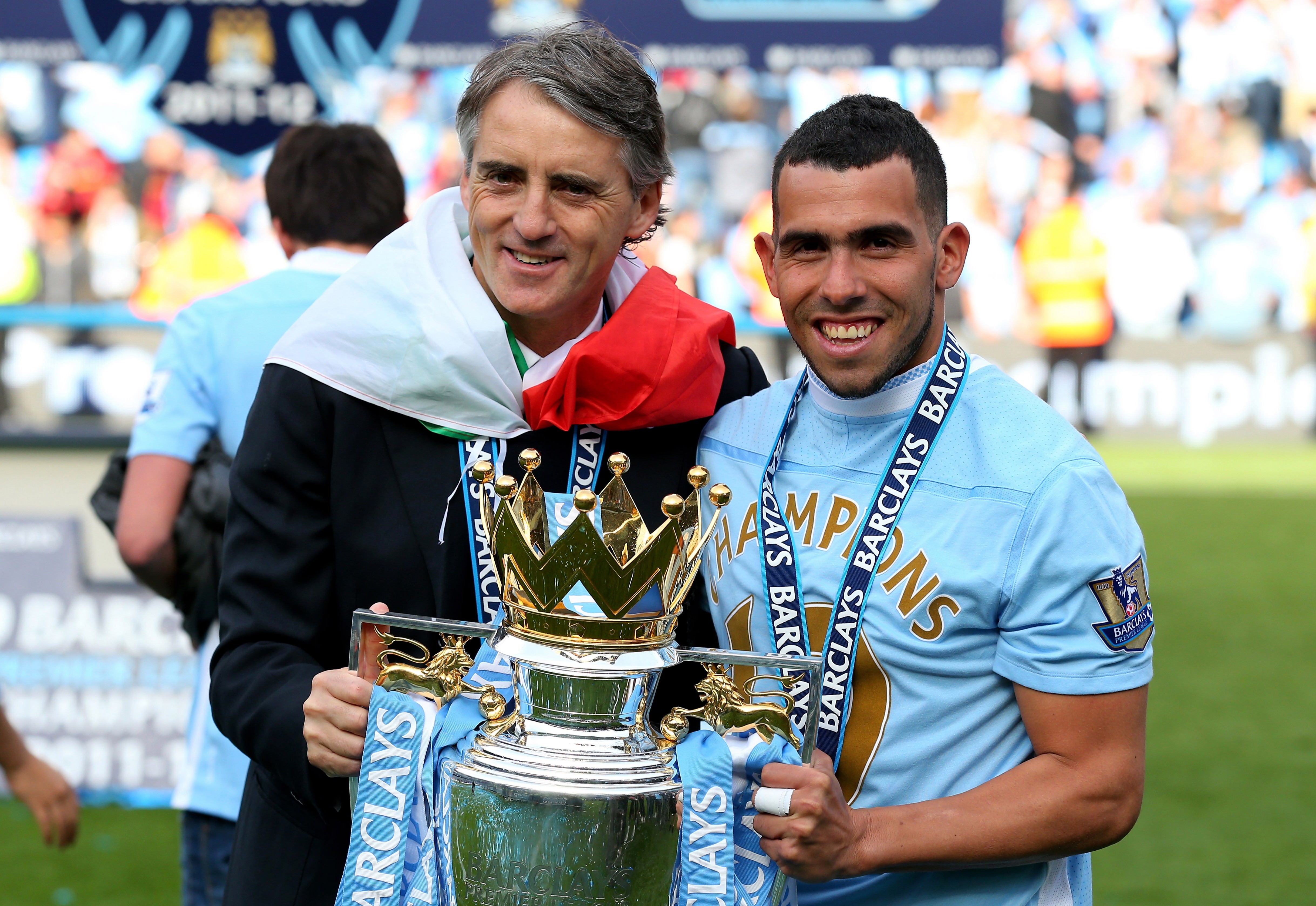 Argentine Carlos Tevez was a hero at Manchester United, forming part of a blistering front three alongside Cristiano Ronaldo and Wayne Rooney as Sir Alex Ferguson's side won the title in the 2007-08 and 2008-09 seasons.

That summer, however, Tevez did the dirty on his former fans – signing for newly-moneyed arch-rivals Manchester City – subsequently appearing 13 times as they won their first ever Premier League title in 2012.

Now 36, Tevez is in his third stint at Boca Juniors, via spells at Juventus and Shanghai Shenhua. 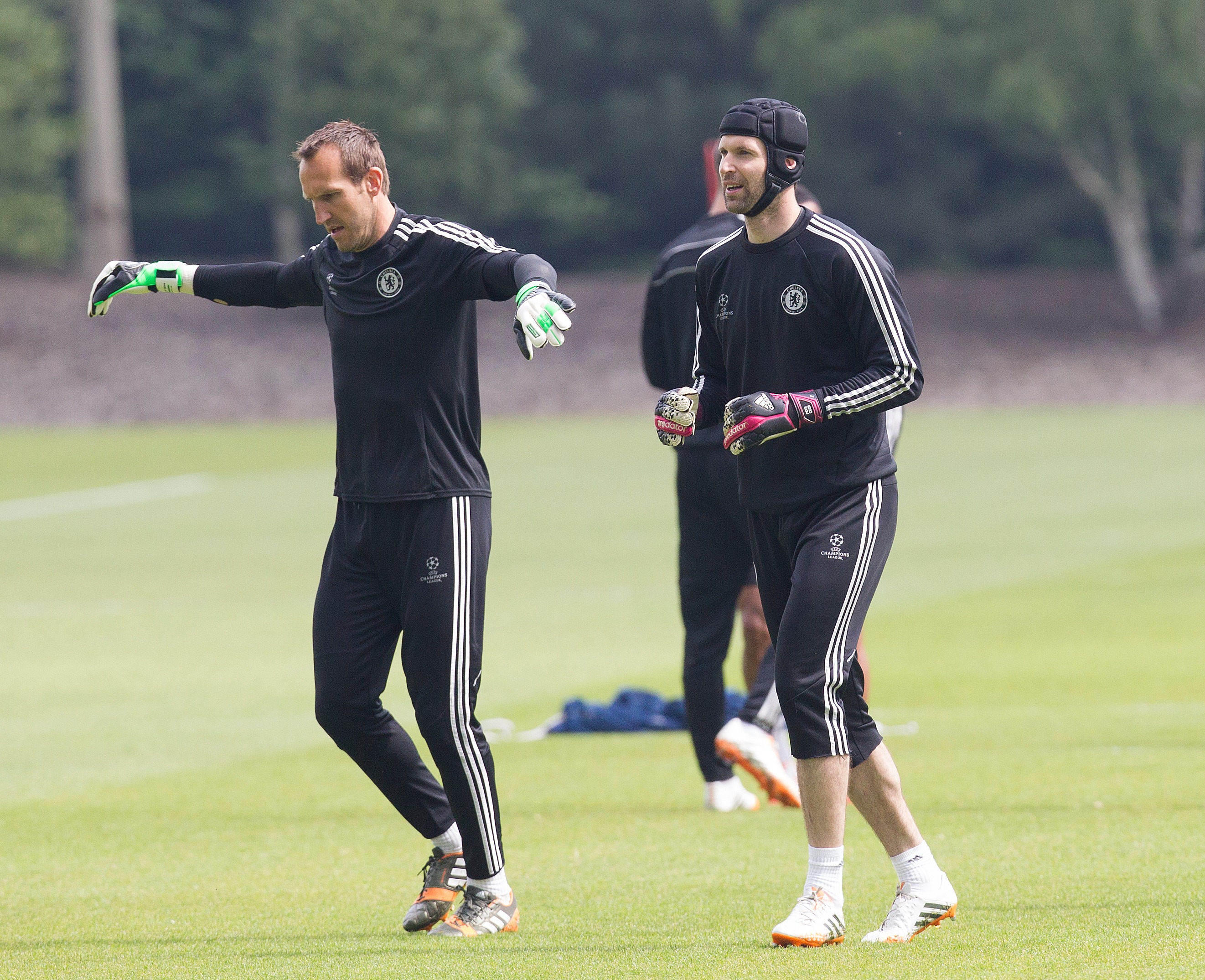 Goalkeeper Mark Schwarzer had won just one trophy in his entire career as he entered his 40s… and then managed to win Premier League titles in consecutive years with Chelsea in 2014-15 and then Leicester in 2015-16.

Even more impressively, he managed to do it largely with his feet up on a Saturday, not featuring in the league at all in either victorious campaign as he played understudy to Thibaut Courtois and Kasper Schmeichel.

Now retired at 47, the affable Aussie is mostly found doing punditry work on the Premier League for TV down under. 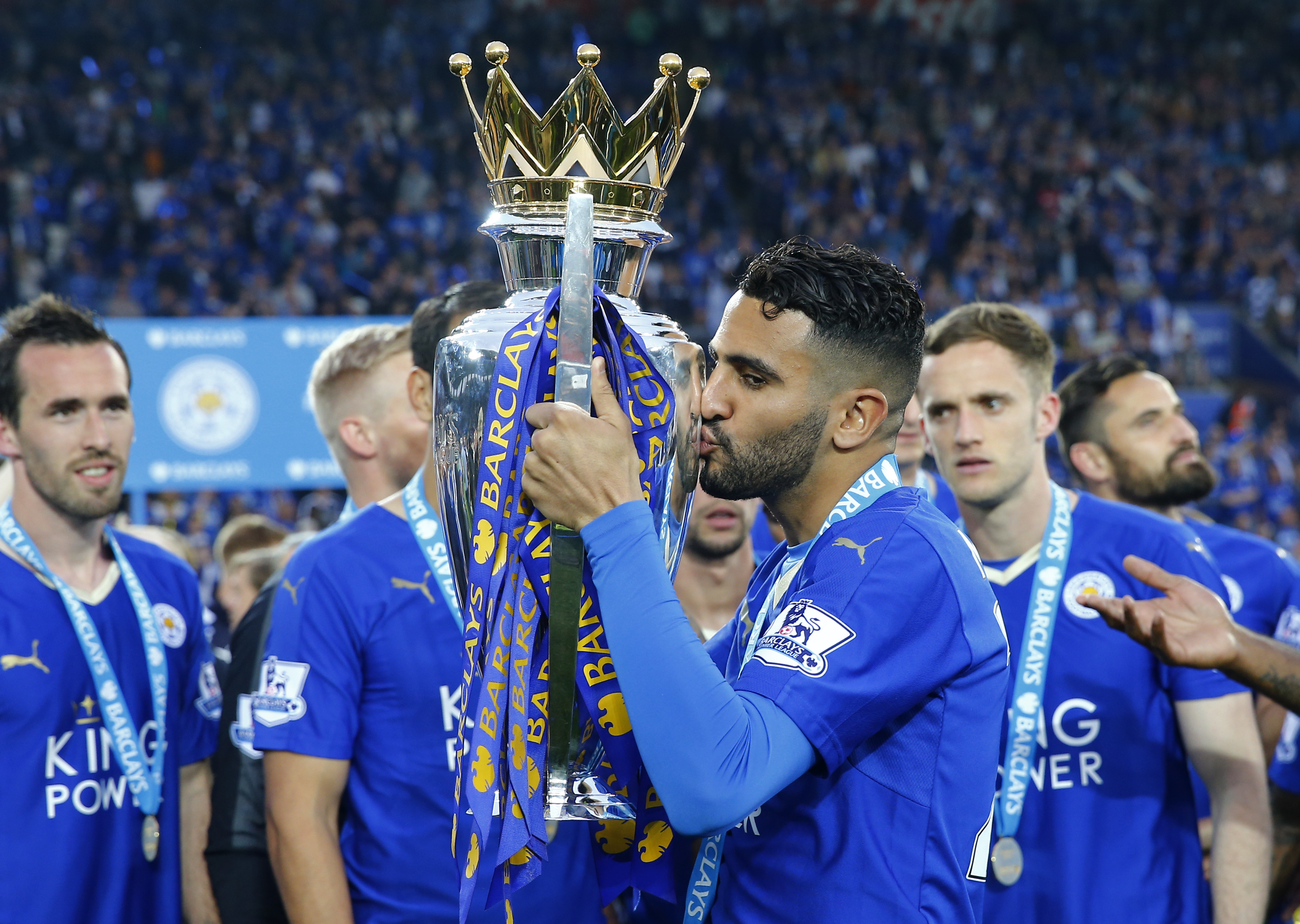 The previously little-known Algerian was electrifying for the Foxes in their amazing 2015-16 campaign – scooping up the PFA Player of the Year award in the process as he scored 17 goals in 37 appearances.

Two more rather sulkier years at the King Power Stadium followed for the 29-year-old, before he was granted the move to Manchester City that he so desired.

Another title win followed in his first year at the Etihad as he bagged seven in 27 games as a role-player – and he remains a fine attacking option within Pep Guardiola's armoury. 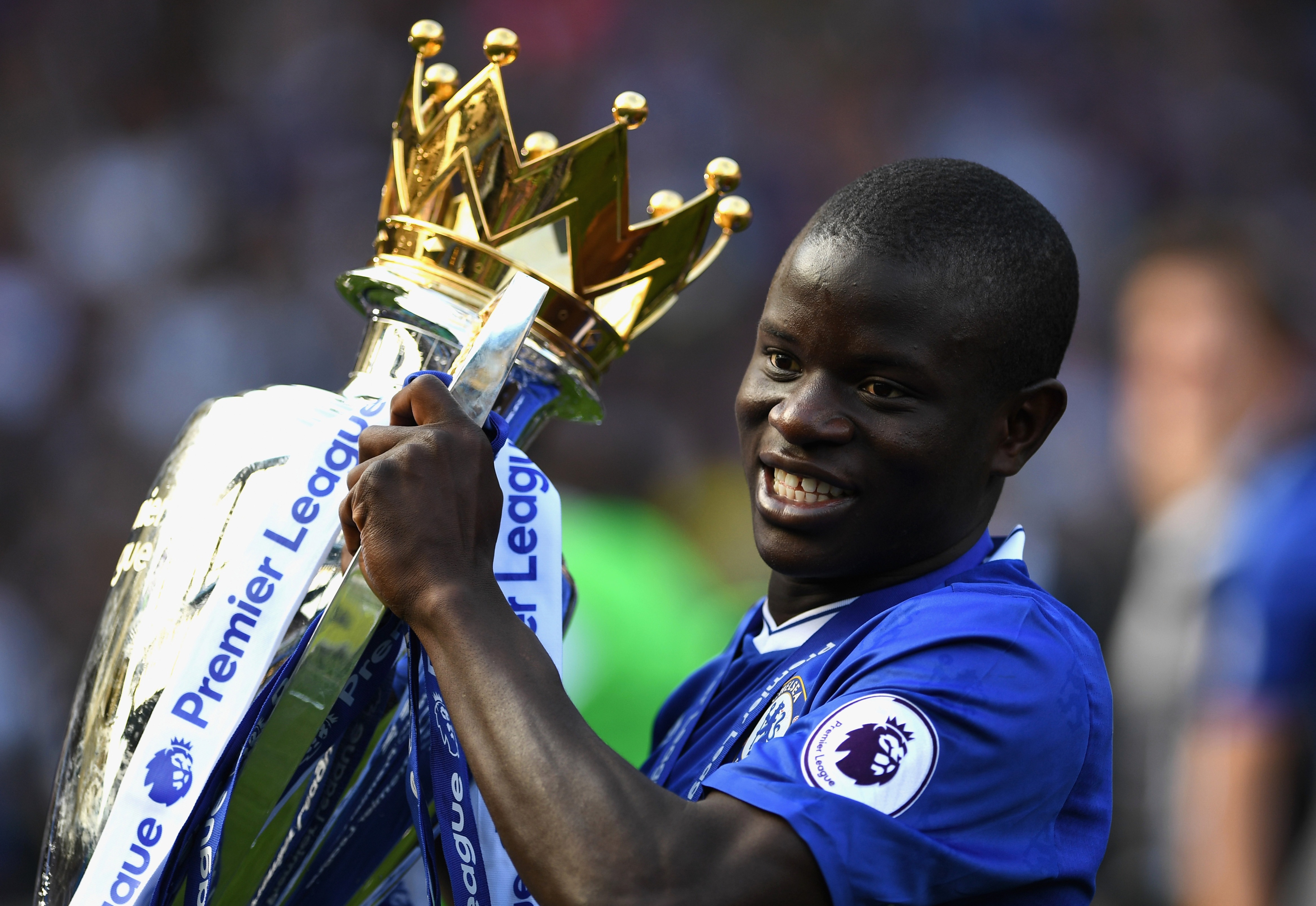 The lovable Frenchman became an instant hit in the Premier League, having arrived from Ligue 1 side Caen as a complete unknown in 2015.

His incredible midfield performances went a long way to helping Leicester secure the title that year, before he transferred to Chelsea in 2016 – instantly helping them to a fourth Premier League crown.

Injury issues have hampered the 2018 World Cup winner over the last year or two, but the 29-year-old remains one of the league's finest midfielders. 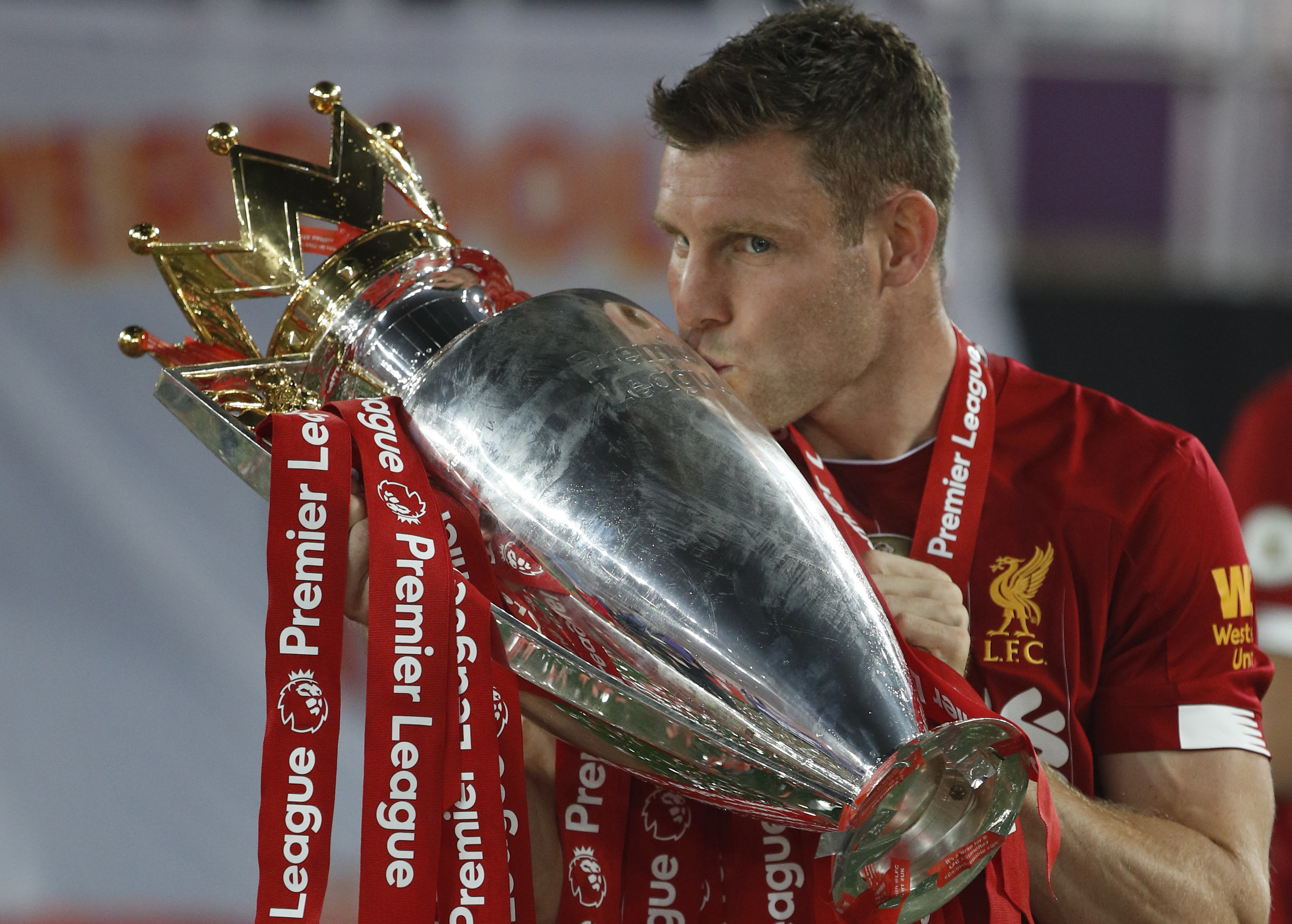 At 34, James Milner has become Mr Reliable for Jurgen Klopp and Liverpool.

Whether it be in midfield or at full-back, his performance levels never seem to dip below a seven out of ten.

The former England star has featured in 21 Premier League matches on the way to the Reds' first title in 30 years – even captaining the side on three occasions.

Liverpool aren't the first to benefit from Milner's ability and versatility, however, with Manchester City having also utilised the Leeds academy graduate to great effect as they won their first two Premier League titles in 2012 and 2014.

In fact, his versatility was even on show back then, with Manuel Pellegrini having deployed him as a striker during his City days.