LIVERPOOL were handed yet another injury blow on Saturday as James Milner was forced off versus Brighton.

The midfielder went down in the 73rd minute of the lunchtime kick-off while holding his hamstring. 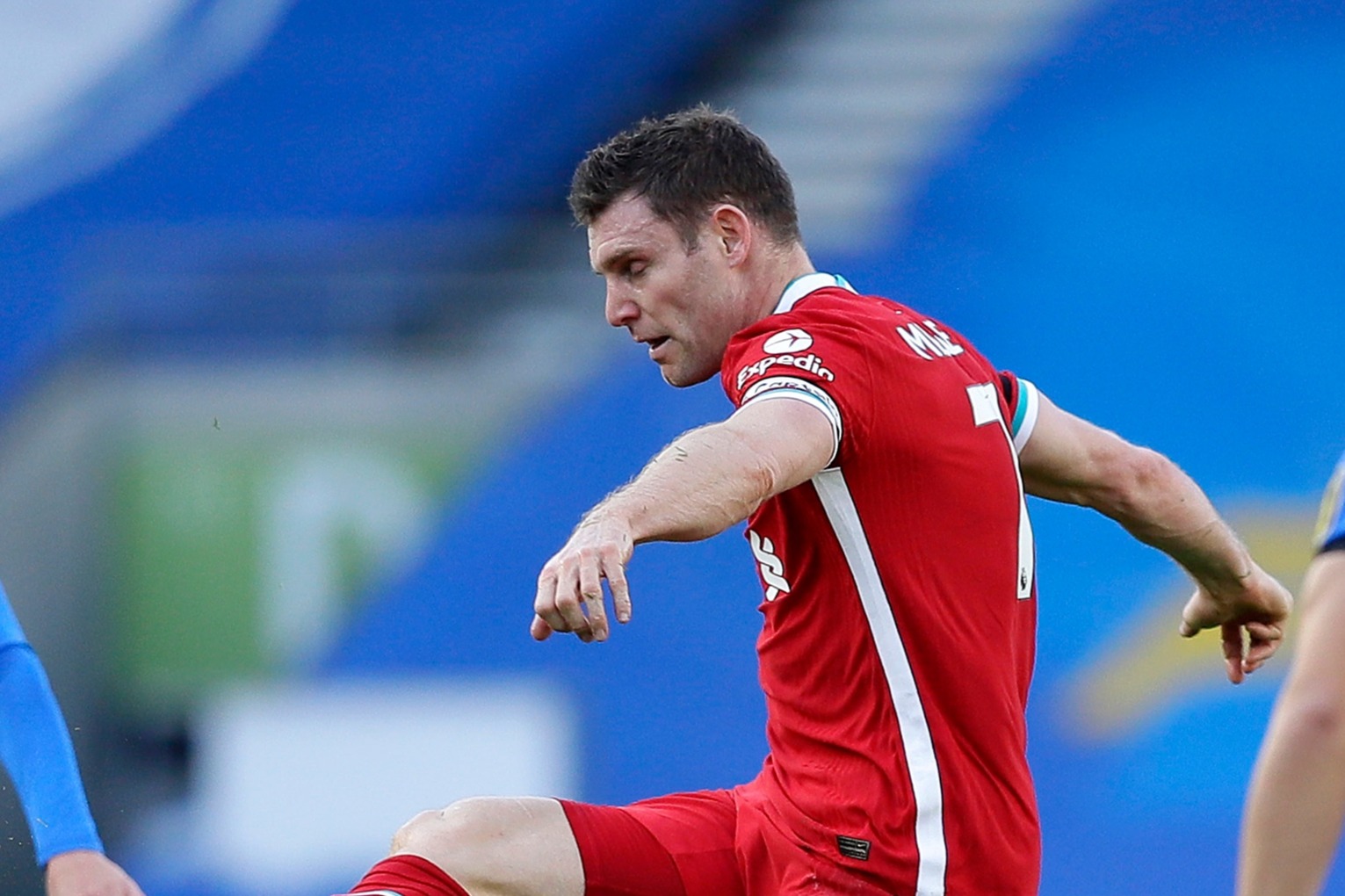 And the Reds were forced to substitute Milner for Curtis Jones as they looked to see out their 1-0 lead.

Jurgen Klopp has already had to contend with a mountain of injury problems in his defence this campaign.

Virgil van Dijk, Trent Alexander-Arnold, Fabinho and Joe Gomez have all been sent to the treatment room.

The issues have led to Klopp being a vocal critic of early Saturday matches for teams playing in Europe, with the Reds having faced Atalanta on Wednesday.

Liverpool were not the only side to suffer at the AmEx however, with Brighton losing Neal Maupay and Adam Lallana to injuries during the game.

Maupay missed a penalty in the first-half for Brighton before coming off only moments later.

Mohamed Salah and Sadio Mane had goals ruled out for offside either side of Diogo Jota's 60th minute strike.