Nikolai Topor-Stanley is not sure if he is still a “blow-in” or an “accepted member of the community”. The imposing defender is in is fifth season at the Jets, split over two periods.

His wife, Kylie, is a Novocastrian and their baby daughter, Luna, was born at John Hunter Hospital in October. 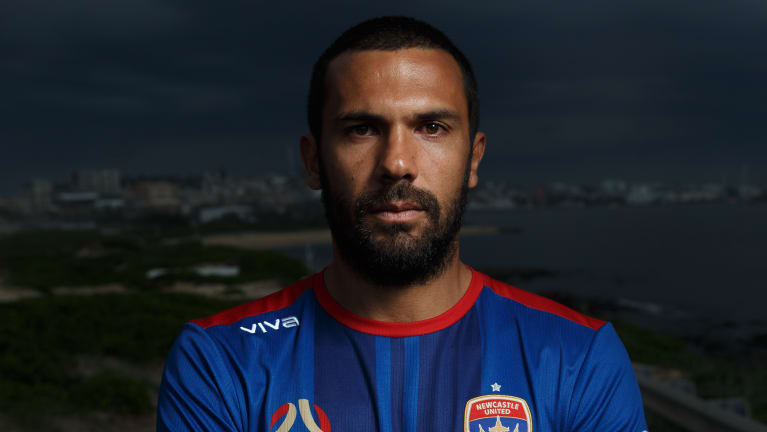 Almost local: Nikolai Topor-Stanley will be the toast of Newcastle if he can help deliver the A-League trophy.

Regardless of Topor-Stanley’s status, the fiercely driven 33-year-old knows the opportunity the Jets have on Friday can be all too fleeting. Newcastle take on Melbourne City for a cherished berth in an A-League grand final.

The Jets’ lone appearance in a decider was a decade ago and ended in triumph. Topor-Stanley has had tickets to the big dance three times with Western Sydney, two as skipper, with each ending in disappointment.

“Clearly it has been a great turnaround from last season, but that is what we aimed for,” Topor-Stanley said. “We are not happy to make the semi finals, we want to go further.” 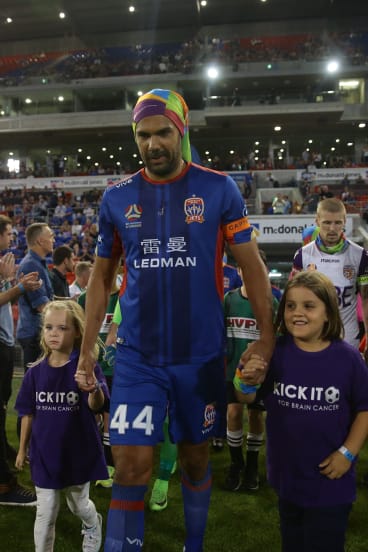 Privileged: Topor-Stanley has relished the chance to lead the Jets in Nigel Boogaard’s absence.

The Canberra-born stopper has had the “privilege” of wearing the captain’s armband in the absence of defensive partner Nigel Boogaard for the past five games. It further strengthened his connection with the club and the region. This time last year Topor-Stanley was a veritable world away, playing for Hatta in the United Arab Emirates.

“It’s a stark reminder that you never know what is around the corner in football or life,” Topor-Stanley said. “I’d be lying if I said at that time I could envisage myself being back in Newcastle and playing a home semi-final. That is half the beauty of it; you never know where football will take you. Being back here has been a positive experience. But I want to stress that we don’t feel like we have done our job yet. We are not happy just to come second in the league.”

Topor-Stanley was one of host of experienced blue-chip players scouted by Jets football operations manager Joel Griffiths, who was integral to the club’s inaugural championship a decade ago.

“People forget we have winners in our change room,” Topor-Stanley said. “Daniel Georgievski has won things, Dimi Petratos won a title at Brisbane, Roy O’Donovan has won things overseas. It is no surprise that those players have played a major part in our success to this point.” 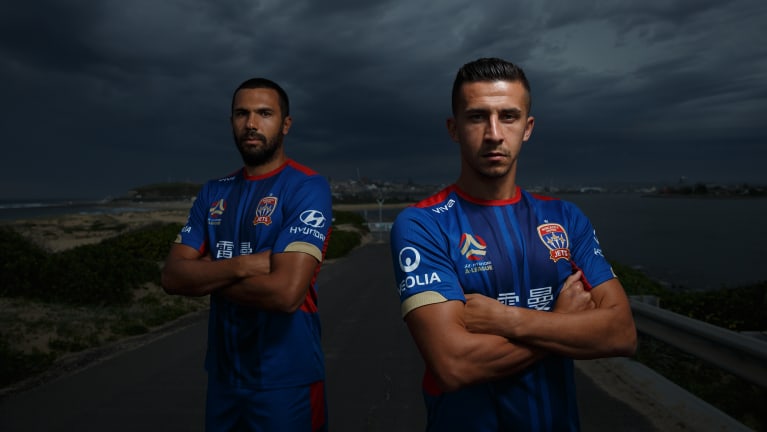 Job half done: Newcastle Jets’ Nikolai Topor-Stanley and Daniel Georgievski want no less than the title.

As well as his hunt for an elusive championship, Topor-Stanley is adjusting to fatherhood. Luna is six months old and “the best thing that has happened” to the defender.

“Seeing her smile is the best thing I could ask for,” he said. “Being a father is something I am enjoying immensely. Especially being in Newcastle where my wife was born and raised. I am extremely fortunate to be in this situation.”

As for his citizenship: “I have never claimed to be a Novocastrian. I am somewhere between a blow-in and an accepted member of the community.”

If Topor-Stanley can help the Jets hold aloft the A-League trophy, there might be half a million Newcastle faithful willing to adopt him.