Matildas star Sam Kerr has added another gong to her list of achievements after being named the best international women's soccer player at the ESPYS.

The 24-year-old was the only Australian to claim an award with NBA basketballer Ben Simmons beaten by Utah Jazz's Donovan Mitchell for best breakthrough athlete and Stephanie Gilmore overlooked in favour of snowboarder Chloe Kim for best female action sports athlete. 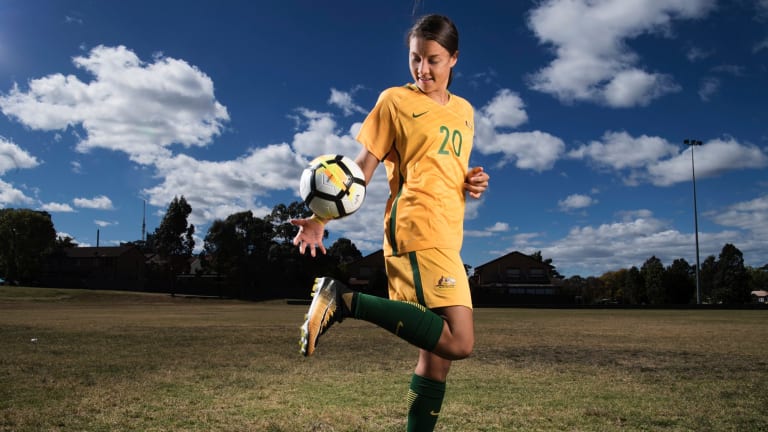 Sam Kerr has starred for the Matildas and her club sides.

The Australian became the first player to score 50 goals in the NWSL with a hat-trick for Chicago against her former club Sky Blue FC, for whom she netted a record-setting 17 goals last season to win the MVP Award for the league.

Kerr has scored nine goals this season and is leading the race for the golden boot.

She was named the AFC women's footballer of the year last year, was a finalist for the FIFA female player of the year and back at home in Australia won the Julie Dolan Medal for the 2016-17 season.

Mitchell gained some revenge on Simmons after the NBA's top two rookies went head-to-head during the 2017-18 season in a contentious battle in pursuit of the league's rookie of the year award.

Mitchell argued publicly Simmons should not be eligible for the NBA's rookie award because the Melbourne-born Philadelphia 76ers star sat out the 2016-17 season with a foot injury.

Simmons, however, dominated the voting and was crowned NBA rookie of the year last month.

The ESPYS – Excellent in Sports Performance Yearly – are an annual awards presented by US network ABC that recognises individual and team achievements.