Key Tigers back push for Lynch 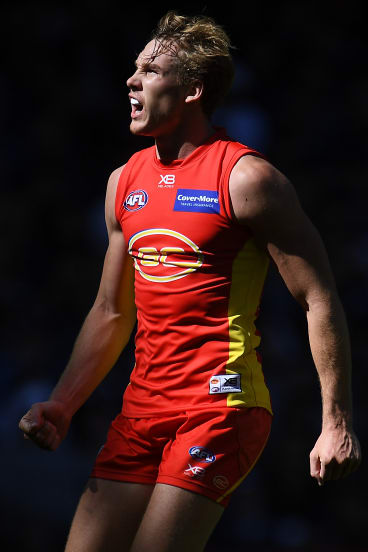 Sources have confirmed that the Tigers – who, like Hawthorn and Collingwood, have yet to make any formal offer to Lynch – have consulted the club’s three-man leadership group and others about Lynch, and those senior players have indicated they are keen for the club to land Lynch if he decides to leave the Suns.

The Richmond leaders include vice-captain Alex Rance, who made comments to Fox Footy earlier this season saying that the Tigers ran the risk of ‘‘upsetting the apple cart’’ by recruiting Lynch, comments he qualified by saying he would support the recruitment of the free agent.

Skipper Trent Cotchin and key forward Jack Riewoldt are the other members of the leadership group at Richmond, which would face the challenge of finding salary-cap room for the forward if he joined them.

Hawthorn have to receive the approval of the club board before making any offer to the Suns skipper, since any offer close to a million dollars a season would need board backing. While a mere formality, this step of getting board approval has not yet been taken at Hawthorn. In large part, this is because Lynch’s management has not invited clubs to make offers.

The Hawks, who are a potential bidder for another major free agent, Adelaide’s Rory Sloane, are believed to be in a position to pursue only one player on that scale of money – $800,000-plus per season – given the contracts for next year and beyond.

While the Hawks have lost club greats Luke Hodge, Sam Mitchell and Jordan Lewis and have other veterans on their list, they do not have highly paid senior players on their list coming out of contract this year and while they can create space for one major signing, they are not in the position of North Melbourne, which was able to offer $1 million-plus deals to both Dustin Martin and Giant Josh Kelly last year.

Collingwood’s salary cap situation is tighter than Hawthorn’s and the Magpies have key players Darcy Moore, Jordan De Goey and Jamie Elliott still to sign from a reasonably large contingent of out-of-contract players. They remain keen to land Lynch if he becomes available, albeit his signature would only be possible by shedding players.

Richmond’s salary cap is obviously tight and the club is yet to sign veterans Shaun Grigg and Bachar Houli, among others.

The Suns also have not yet made Lynch an offer.