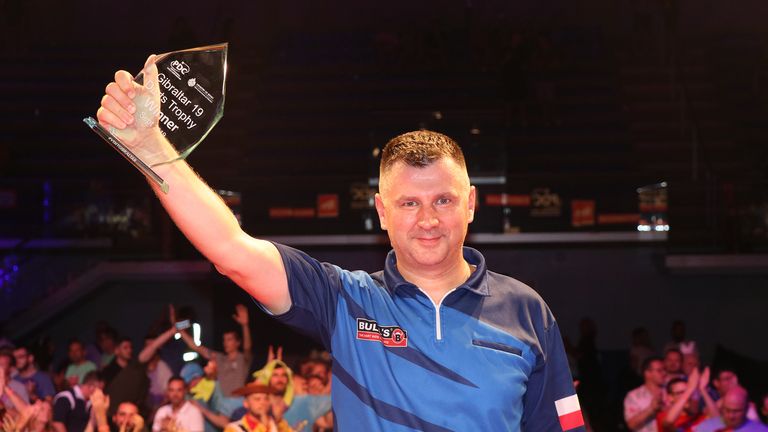 ‘The Polish Eagle’ had never progressed beyond the quarter-finals on the European Tour prior to this weekend, but the former World Master produced a series of sublime displays in Gibraltar to scoop his sixth PDC ranking title.

The seventh seed kicked off his campaign on Saturday with a 6-3 win over Steve Beaton, before defeating European Darts Matchplay winner Joe Cullen by the same scoreline to seal his place in the quarter-finals.

Ratajski then eased past second seed Ian White by the same 6-3 scoreline to set up a semi-final showdown against world No 3 Daryl Gurney, who had seen off Glen Durrant and Gerwyn Price earlier in the day. However, Ratajski produced the performance of the tournament to sweep aside ‘Super Chin’, averaging 109.51, landing four maximums and converting 58 per cent of his attempts at double to close out a 7-3 success.

Chisnall, who hit a spectacular nine-darter in his quarter-final clash with James Wade, took the opening two legs of the final, including a 117 finish to break the Pole’s throw.

Nevertheless, Ratajski responded in emphatic fashion, producing a clinical 124 kill to break straight back before restoring parity at two apiece with a 15-dart hold.

From there the 42-year-old dominated proceedings, reeling off a further six legs on the spin to prevail with a 102.85 average as he claimed the £25,000 top prize.

“It’s incredible, I still don’t believe it,” said Ratajski, who has won his six PDC ranking titles in the space of 19 months. 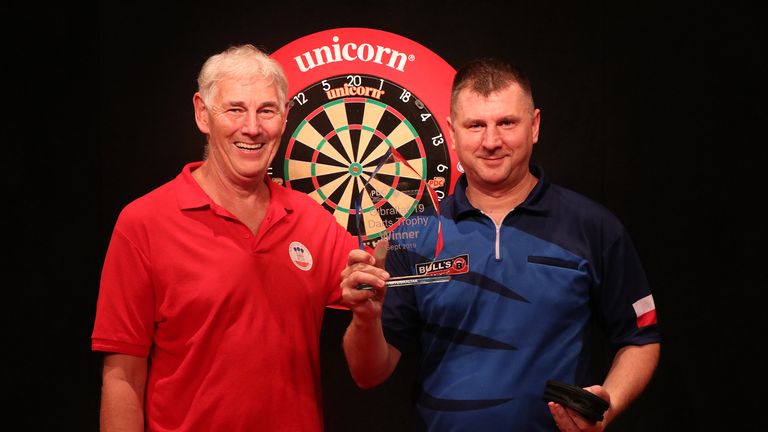 “I’ve won floor tournaments but this is the first one I’ve won in front of a crowd. This is a great night for Polish darts and I’m just so happy to lift this title.”

Chisnall – who won the Danish Darts Open title in June – was unable to lift his fourth title of 2019, although it was another encouraging weekend for the St Helens star who is closing in on a return to the world’s top 10.

Chisnall survived a match dart in his opening-round tie against Jeffrey de Zwaan and it was double Dutch for the 39-year-old in the third round, as he battled past Jermaine Wattimena 6-4 to reach the last eight.

‘Chizzy’ struck perfection in the second leg of his quarter-final clash against Wade, averaging 106.10 to defeat ‘The Machine’, who has now seen a record 10 perfect legs hit against him, 6-4.

In the semi-finals, Chisnall came through another deciding-leg tussle against UK Open champion Nathan Aspinall, who claimed the scalps of world no 1 Michael van Gerwen and Peter Wright to reach his first European Tour semi-final. 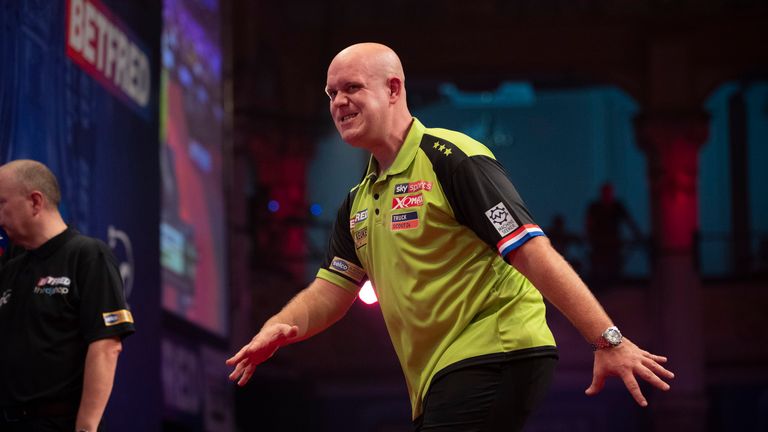 “Krzysztof played very well all day like I did but tonight the better player won,” said Chisnall.

“Darts is all on the day but it wasn’t my day today, he played very well. I’m glad to hit a nine-darter for this crowd but tonight is about Krzysztof.”

It was a star-studded line-up on finals day in Gibraltar, with 15 out of 16 seeds progressing to the third round.

Van Gerwen’s title drought on the European Tour was extended to five tournaments following his defeat to Aspinall, while Rob Cross was beaten in the last 16 by Price – in a repeat of last weekend’s International Darts Open final.

Mensur Suljovic also bowed out at the last-16 stage, along with World Championship finalist Michael Smith, who just did enough to secure qualification for next month’s European Championship in Gottingen.