The AFL has given the all clear to the video umpire who adjudicated on a contentious goal scored by North Melbourne's Billy Hartung in the Kangaroos' narrow win over Sydney on Saturday.

The Swans' unexpected loss has left the club back in the pack as they prepare to take on bogey side Hawthorn, possibly without superstar forward Lance Franklin, who is given a 50-50 chance to face his old team. 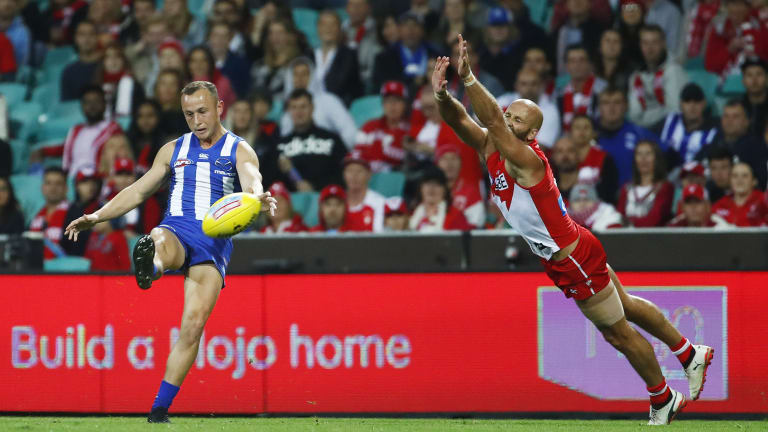 The major talking point out of Saturday night's match was a controversial goal Hartung scored in the first quarter.

Swans veteran Jarrad McVeigh was adamant he had touched the ball off the boot, but the shot was signalled a goal. All goals are reviewed regardless of whether one is asked for by the on-field officials.

Video footage appeared to support McVeigh's claims, with replays suggesting the ball had pushed back his fingers. The goal was allowed to stand.

There had been confusion over whether the review was completed in the allowed time. The broadcaster did not air the replay until after the ball had been bounced in the middle.

The AFL, however, has confirmed a review was undertaken and supported their official's verdict. 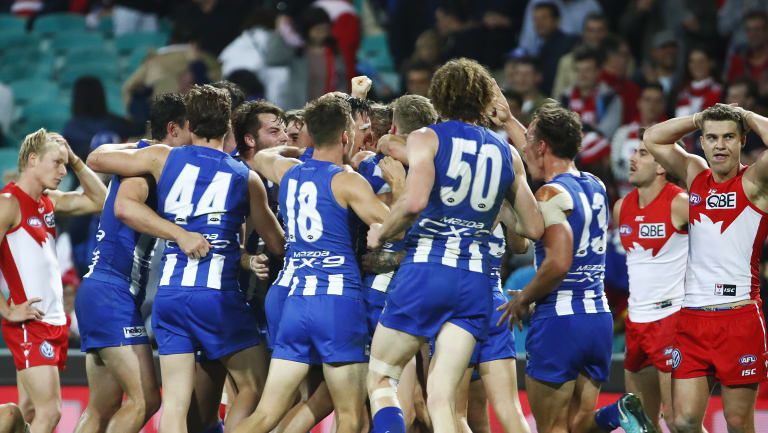 "In the time available for a review the reviewer was not able to determine any definitive evidence for him to make an overrule," an AFL spokesman said.

The use of video footage was also an issue in the A-League grand final, where Football Federation Australia admitted that a technological glitch was the reason the video assistant referee was not used to rule on Melbourne Victory's winning goal. Replays showed the assist for the goal had come from a player in an offside position.

It's debateable what impact the Hartung goal would have had on the result had it been disallowed, but the two-point margin ensured it would be keenly discussed.

Swans coach John Longmire was diplomatic when asked about the issue at his post-match press conference.

North Melbourne coach Brad Scott said he would have been surprised if the goal had not been reviewed.

"I can't control it, so we just move onto the next thing that we're looking at. We don't get caught up looking at replays and becoming third and fourth umpires."

Sydney is sweating on the fitness of Franklin, who has missed two games with a heel injury. He and star midfielder Dan Hannebery are both 50-50 to face the Hawks on Friday night. The pair jogged on Friday but would need to be able to train strongly on Wednesday to prove their fitness.

Franklin's absence was keenly felt against North. The Sydney forward line, which managed just nine goals from 58 entries inside 50, was so inexperienced that Longmire was compelled to give gun midfielder Luke Parker more time in attack.

While Will Hayward starred with three goals, fellow newcomers Robbie Fox, in his seventh match, and second-gamer Ben Ronke could not reproduce their stunning efforts from the upset win in Geelong.

"We're trying to come up with ways to kick a winning score. Last week in the last quarter we were able to," Longmire said. "If you drop away in any part of the game, every little part of your game gets exposed."