LEEDS classily opted to be led out against Newcastle by 'virtual mascot' Jude Hawkridge – who was watching on from Sheffield Children's Hospital.

Marcelo Bielsa's skipper Liam Cooper walked out at the front of the line carrying an iPad with brave Jude on video call. 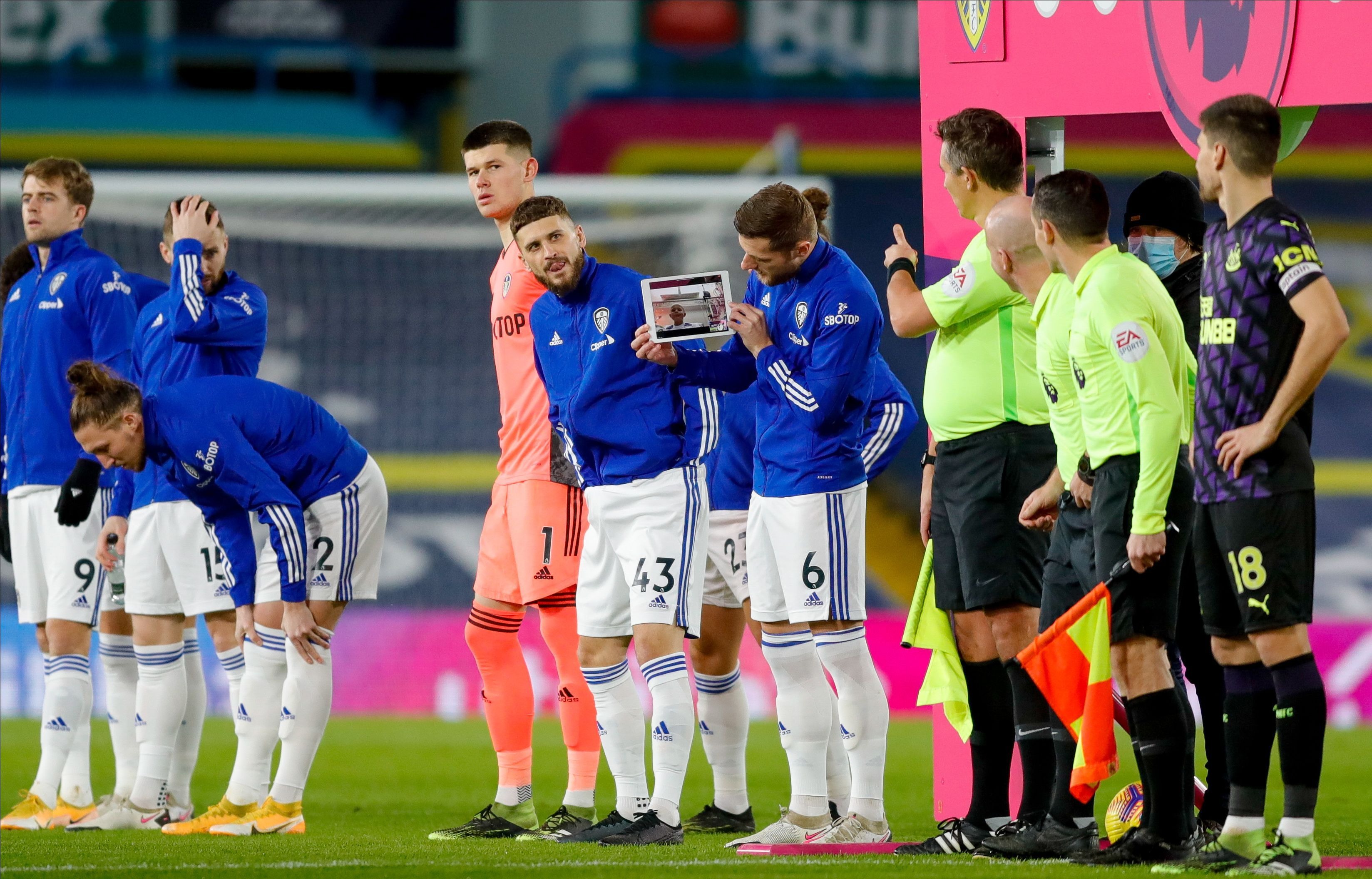 The eight-year-old is undergoing treatment for leukaemia at the Yorkshire hospital but was beamed in on the tablet and the big screen.

All of Leeds' players made sure to give the battling youngster a wave before they ran out to start the game.

It is not the first time the Premier League new boys have used the innovative way to give young supporters an incredible matchday experience from afar.

They were the first team to trial the 'virtual mascot' when Cooper ran out with Elliot Metcalfe on the iPad before the goalless draw against Arsenal last month.

Leeds – along with all but four top flight sides – are in Tier 3 of the Government's coronavirus restrictions meaning no fans or physical mascots are currently permitted.

And young Jude turned out to be a lucky omen for Bielsa's boys as they battered Newcastle 5-2.

The Whites had gone behind when Callum Wilson's header was poked in by Jeff Hendrick after 26 minutes.

Goal machine Patrick Bamford replied with his tenth effort of the season before Rodrigo put the home side in front.

Ciaran Clark nodded Newcastle level but from then on it was all Leeds.

Stuart Dallas made it 3-2 after 77 minutes before Ezgjan Alioski thumped home with five minutes to go.

A stunner from Jack Harrison three minutes later sealed the comeback as the fab five goalscorers were the toast of an empty Elland Road.