Leroy George has capped his sensational first year in Australian soccer with Melbourne Victory's player of the year award, the Victory Medal.

The Dutch winger pipped Rhys Williams, also in his first year at the club, to the prize by a single vote.

George polled 53 votes to the defender's 52. 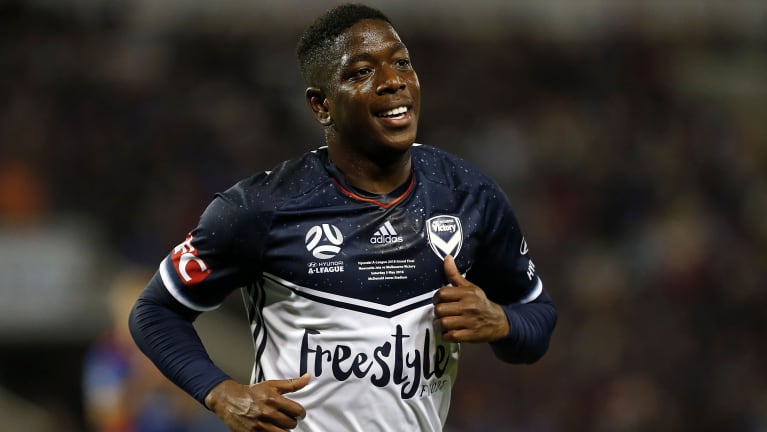 The 31-year-old is unsigned for next season and is considering an option to stay on with Victory, who clinched a surprise championship after finishing fourth during the regular season.

George, who led the league for assists and scored a number of telling goals, was also voted players' player of the season.

There was a three-way tie for third place, with Thomas Deng, Lawrence Thomas and Kosta Barbarouses claiming 42 votes.

Besart Berisha won the club's golden boot with 14 goals, although Terry Antonis pipped the Kosovo international to the goal-of-the-season award for his sensational semi-final effort against Sydney FC.

The midfielder ran from his own half, passing three Sky Blues as he scored a 117th-minute winner to put Victory in the grand final.