SAM ALLARDYCE did it again.

The last manager to have experienced victory at Anfield in the Premier League helped West Brom frustrate the hell out of Liverpool to nick a point. 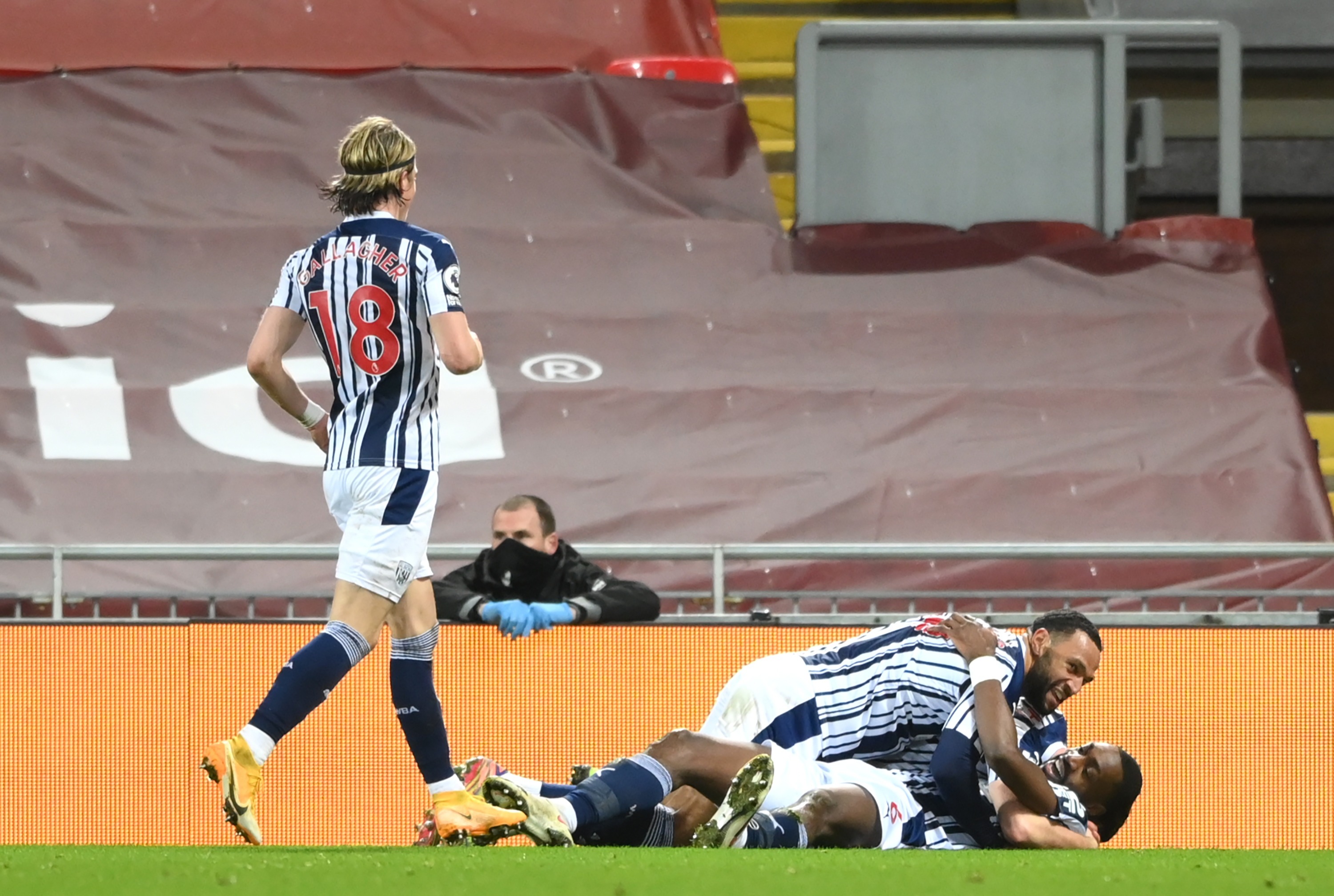 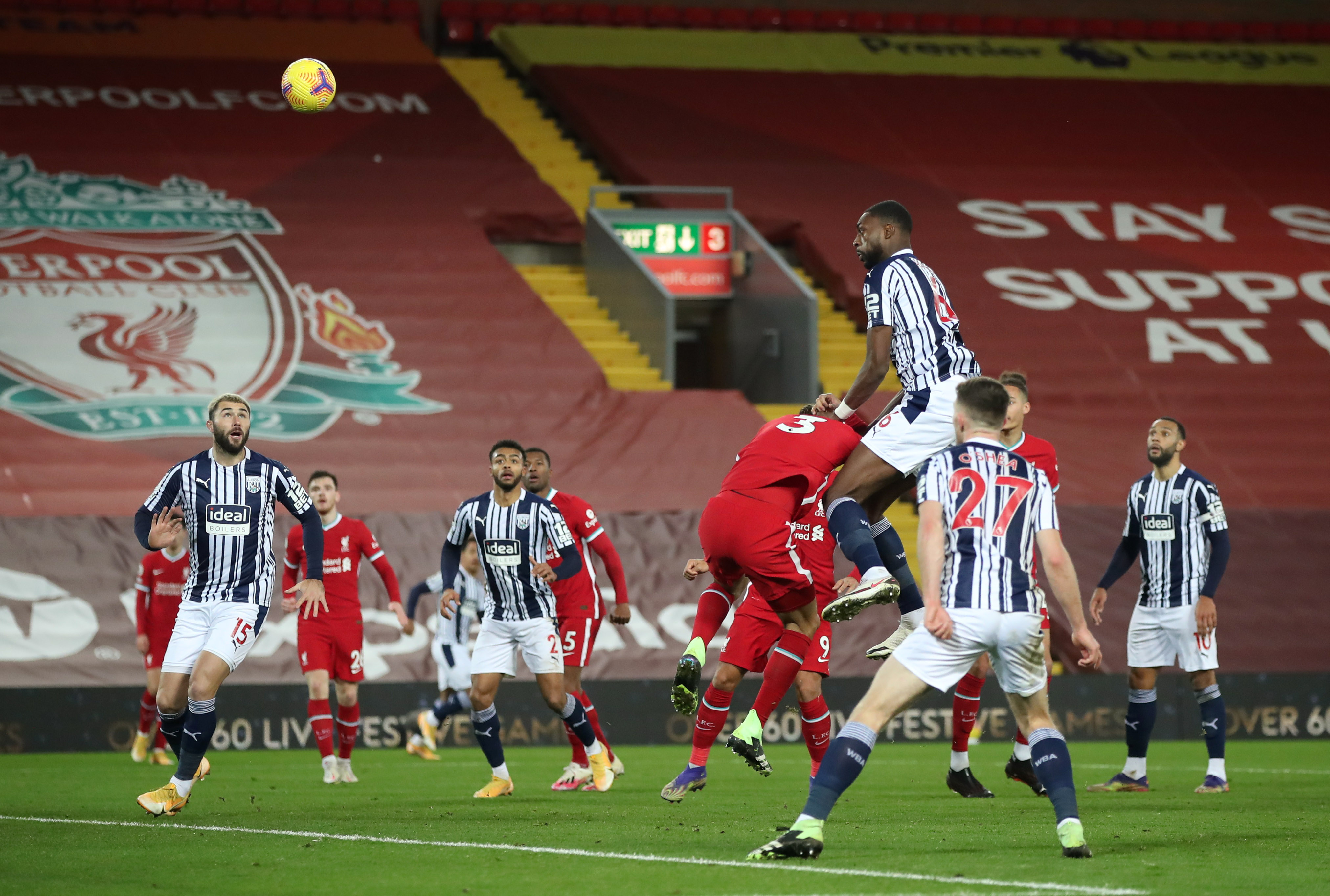 And the champions, who looked certain to score a load after Sadio Mane’s early opener, have only themselves to blame.

And Big Sam, incorrectly wearing a mask throughout the game, screamed with delight when defender Semi Ajayi headed the leveller with eight minutes left.

Allardyce guided Crystal Palace to a 2-1 win in April 2017 and he is now unbeaten at Liverpool in four games.

It was only his second match as West Brom manager but this improved second half performance will give the club a massive boost. Maybe, the Baggies can get out of this right old mess.

The teams at the top end of the Premier League will also have toasted West Brom by stopping the Reds from marching clear.

Klopp was certainly not pleased. With his team struggling to break down Allardyce’ side when leading 1-0, the German became increasingly frustrated and angry and in one outburst, landed a yellow card from referee Kevin Friend.

Liverpool’s injury jinx also took another hit when Joel Matip suffered yet another fitness issue and hobbled off on the hour.

The task facing Allardyce was illustrated in his first game in charge, the 3-0 loss to Aston Villa. 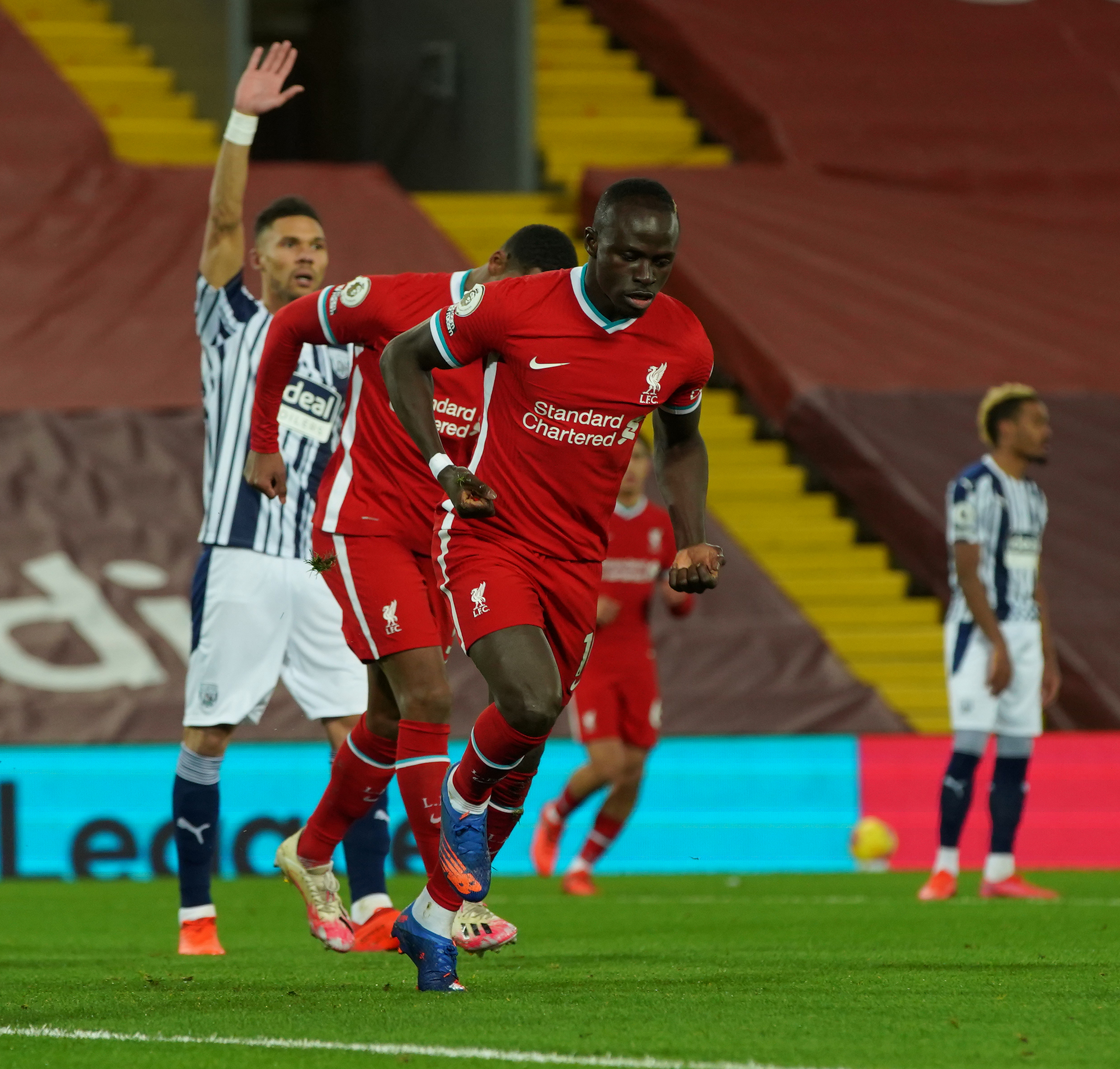 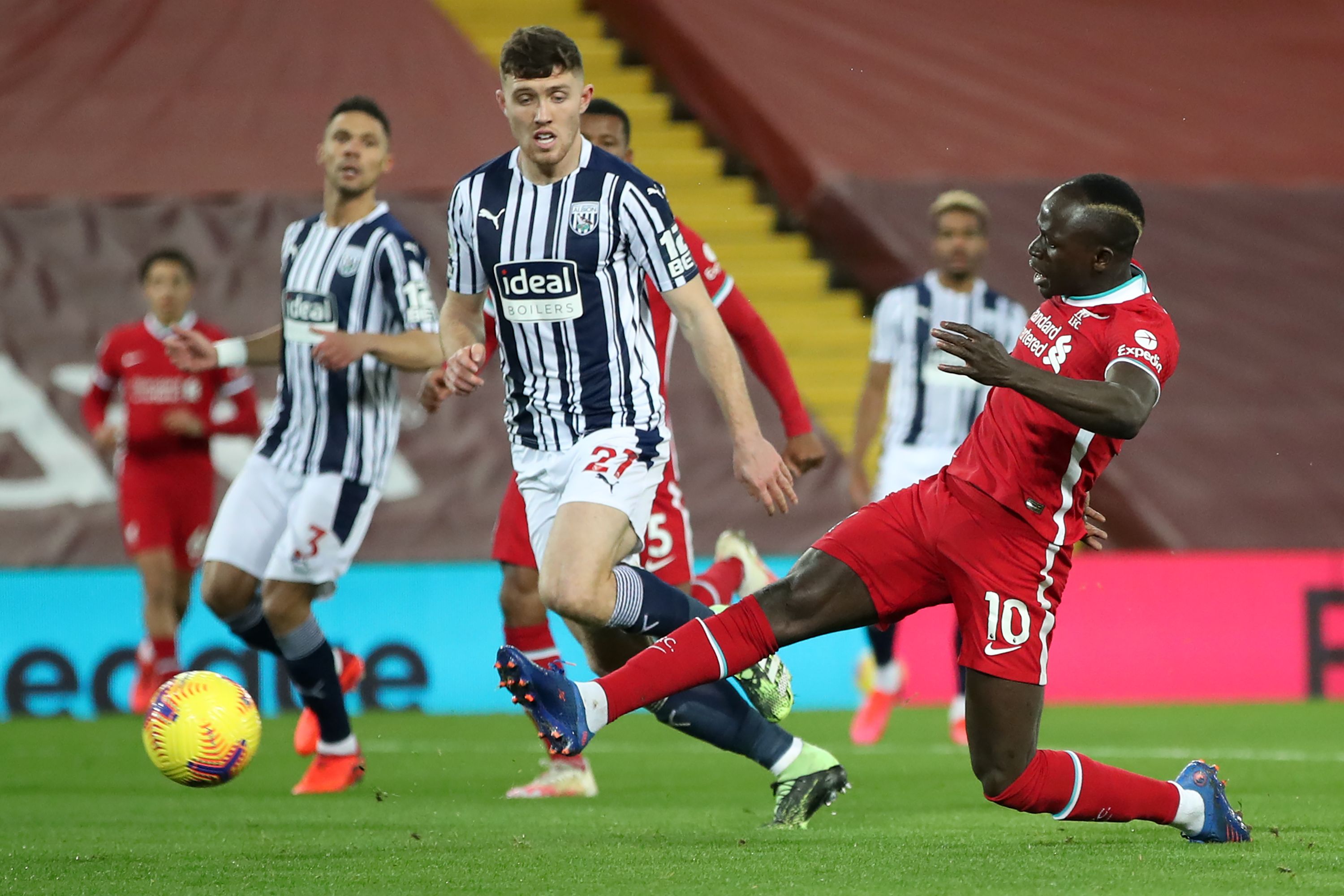 And the team’s mission to deliver a shock at Anfield took a major setback when Mane delivered his brilliant finish.

As Matip prepared to float a ball into the area, West Brom central defender Ajayi was guilty of switching off for a split second.

And when you do that against Mane, the damage is normally brutal. That extra bit of space handed to Mane was all he needed. He cushioned the ball with his chest before producing an unstoppable shot into the bottom left-hand corner.

Mane went close on another couple of occasions and Salah scooped a half-volley over the bar although considering Liverpool’s 82 per cent possession in the first half, Klopp would have expected his side to have caused even more problems.

You had to feel sorry for West Brom striker Karlan Grant who barely saw the ball in the opening 45 minutes but he managed a shot six minutes into the second half with his team showing a bit more attacking threat.

And it was during another visiting attack just before the hour when Matip attempted a clearance but then suffered a groin injury and was replaced by Rhys Williams.

Liverpool kept on pressing, West Brom kept on sitting back and Allardyce's side created their best chance with 19 minutes left.

Grant had that big moment when he had too much pace for Williams when chasing a long ball from Romaine Sawyers and he was clean through but his shot was blocked by Alisson.

And Liverpool failed to heed the warning. From Matheus Pereira’s cross, Ajayi rose above Fabinho and his header hit the inside of the post and spun across the line. Liverpool had conceded a cheap corner when Williams cleared after some sloppy play from Curtis Jones, who was substituted immediately.

Then in the 90th minute, West Brom keeper Sam Johnstone delivered a stunning save to keep out a header from Bobby Firmino.

But for their second half improvement, West Brom deserved the point. 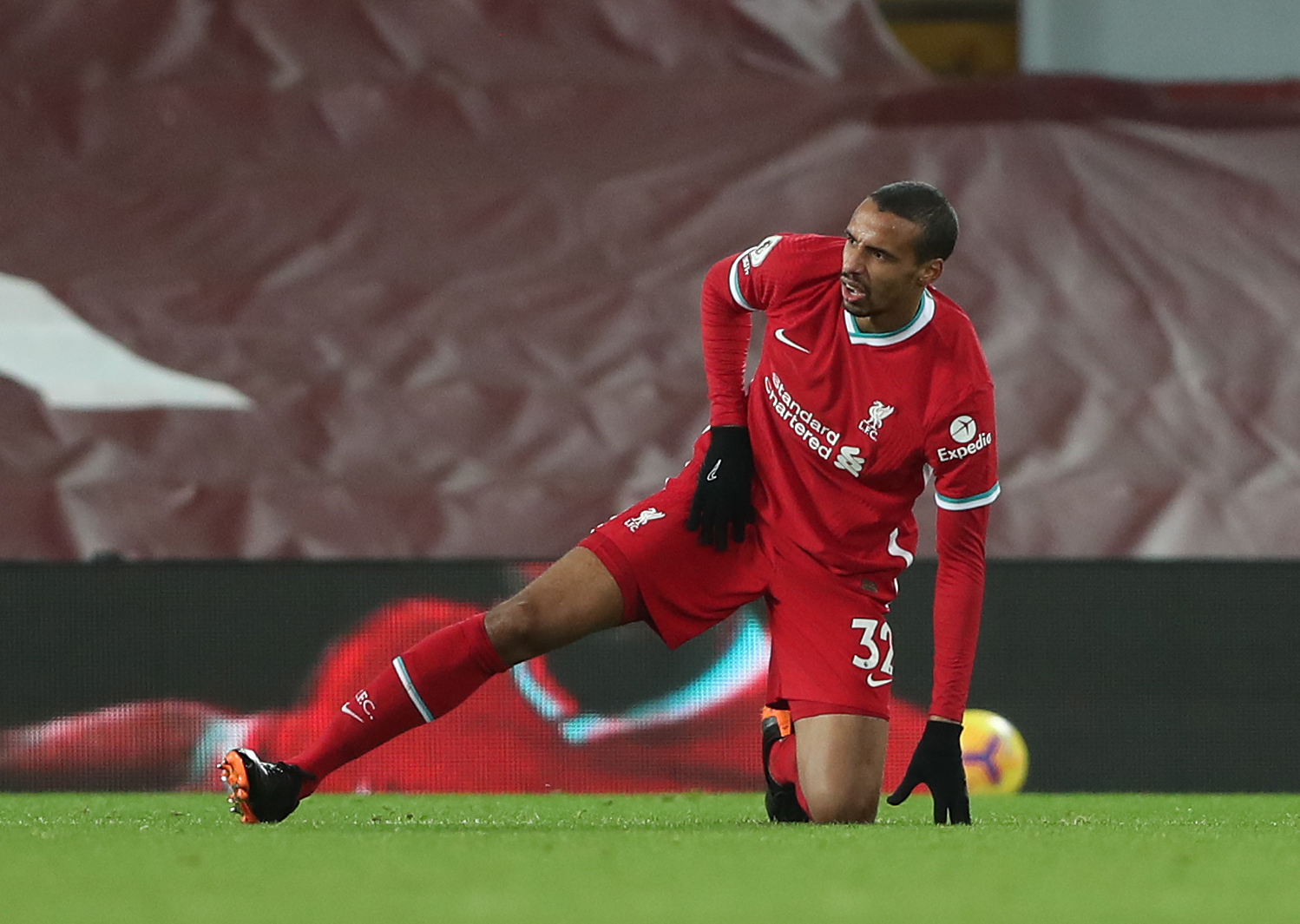 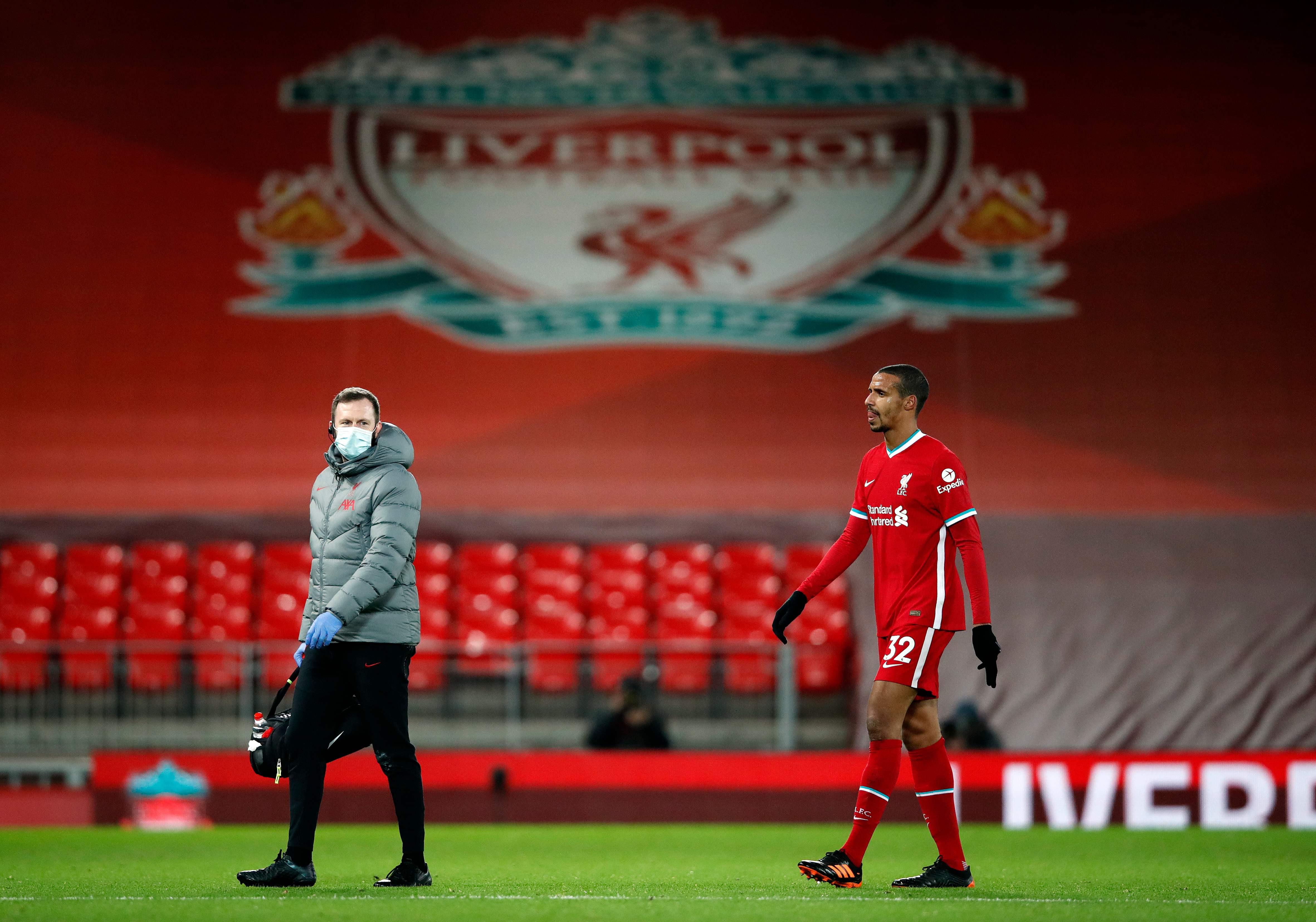