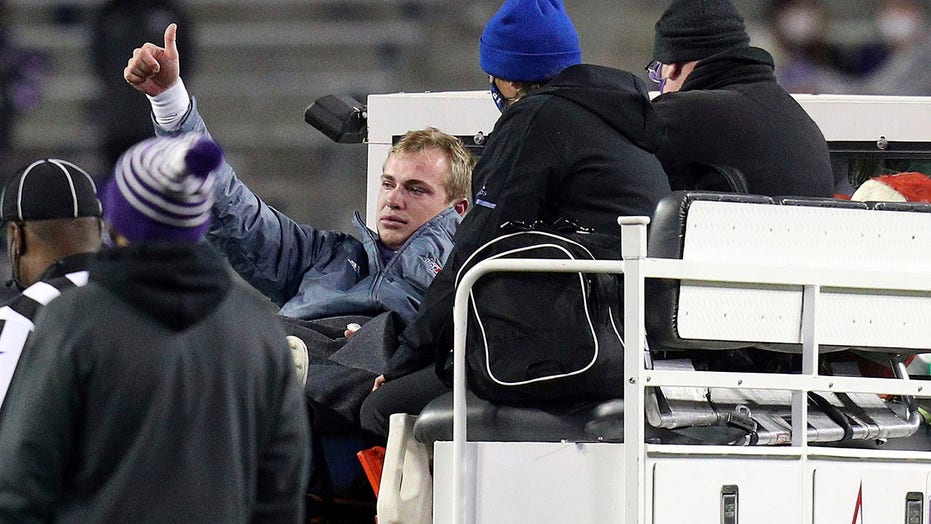 Louisiana Tech quarterback Luke Anthony suffered a gruesome injury Saturday in a game against TCU and was forced to go to the hospital to have surgery, coach Skip Holtz said.

Anthony appeared to hurt his right ankle in the fourth quarter of the Bulldogs’ loss. The game stopped for 10 minutes while medical personnel attended to the quarterback.

“He kept saying he loves his teammates and appreciates them,” Holtz said on his postgame radio show, via The News Star. “It was hard as a coach to have a player go through that.”

The Twitter accounts of Louisiana Tech and TCU both tweeted their well wishes to Anthony.

TCU quarterback Max Duggan, who led the Horned Frogs to a 52-10 win, said he felt bad for Anthony.

“I feel for him,” he said. “I went through an injury my junior year (in high school), an ankle. He’s a great player. Just praying for him.”

Anthony, a graduate transfer from Abilene Christian, has compiled 1,479 passing yards, 16 touchdown passes and only five interceptions in nine games for Louisiana Tech this season.

The Bulldogs are 5-4 this season and might have a chance to get into a bowl game because of the coronavirus-riddled season that has seen five of its games get postponed or canceled.