The loved-up couple – who recently went on a French getaway together – popped out for lunch in Cheshire today. 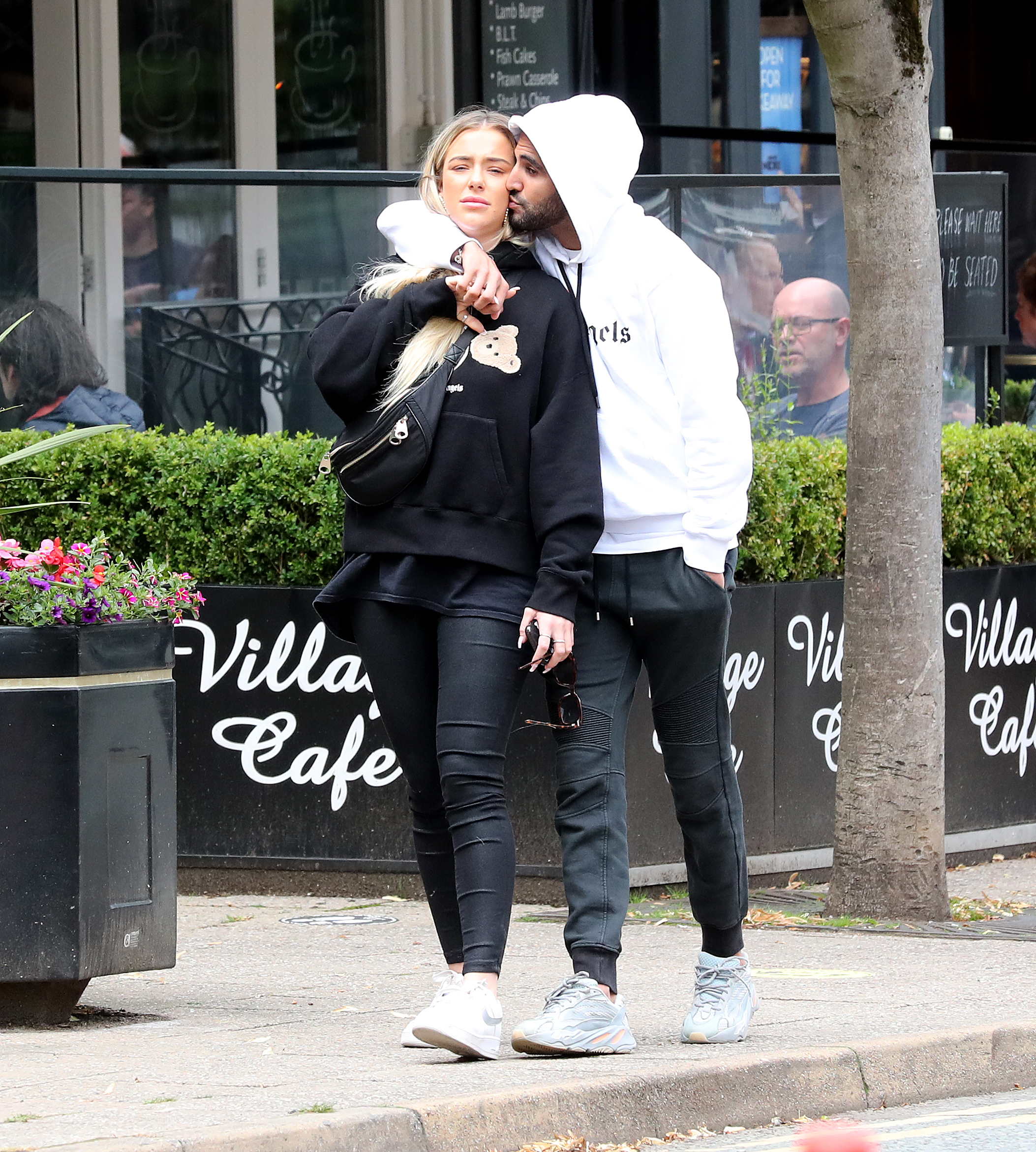 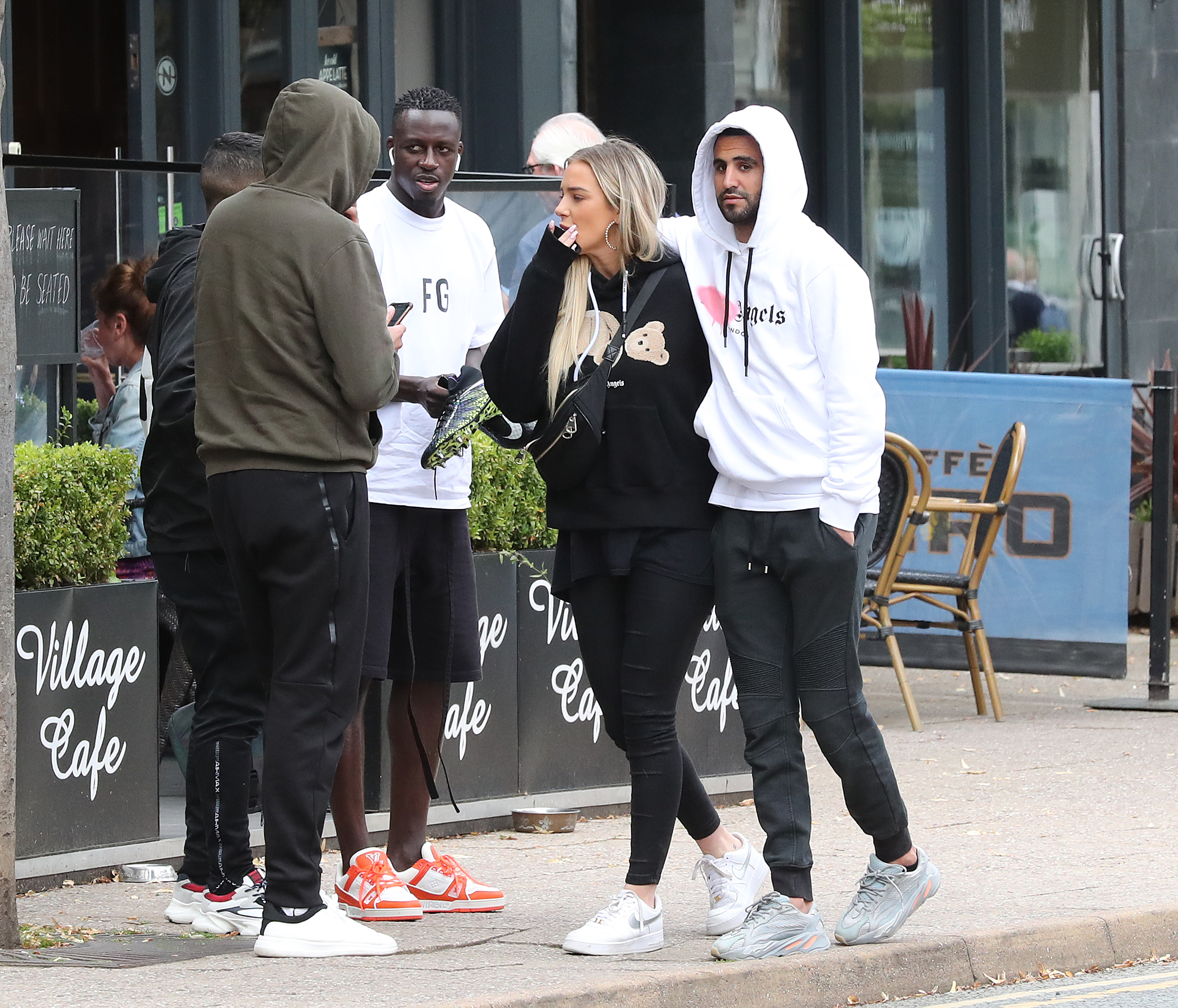 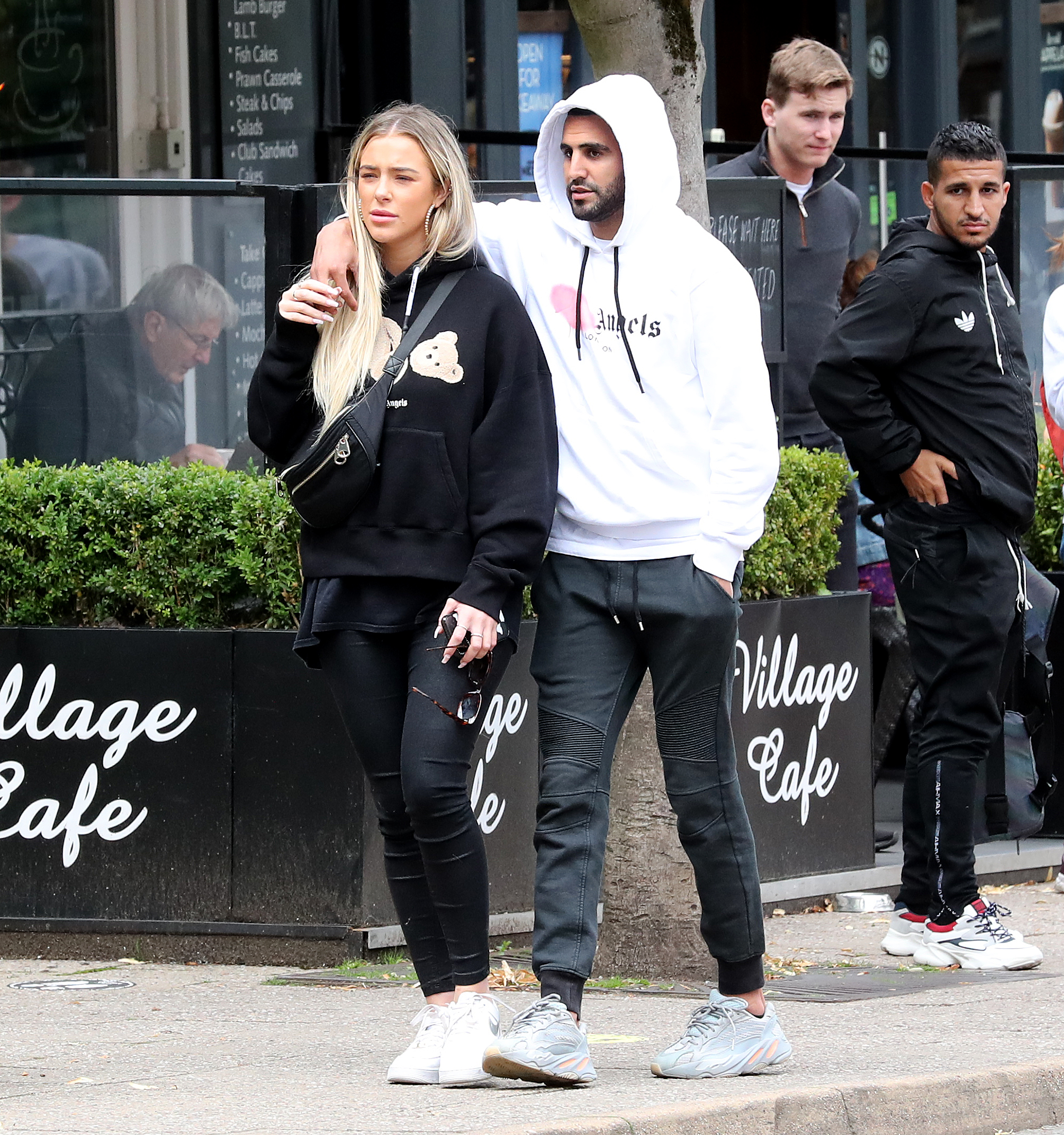 Premier League winner Mahrez, 29, and fashion student Ward, 22, had gone out for a spin in his Audi to Hale Village when they bumped into World Cup winner Mendy.

Mahrez kept a low profile as he walked round with the hood up on his white hoodie but kissed his new lady on the cheek as they strolled past shops.

Ward is the daughter of Real Housewives of Cheshire star Dawn.

The two of them plus dad Ashley and Mahrez recently came back from a Meet The Parents-style break from the south of France.

Videos posted on social media showed Mahrez and his girlfriend and her family enjoying a lunch at a posh beach restaurant in Cannes before later partying at the exclusive Medusa nightspot.

Other images showed Taylor flying by private jet to the French coast with a female pal.

The group also chartered a private yacht for a trip around the Mediterrean Sea.

The Sun on Sunday revealed in February how dad-of-two Mahrez – who recently had three luxury watches stolen in a raid on his £500,000 penthouse – and Taylor had started dating after he split with wife Rita, 25.

Summer isn’t cancelled after all ?

Summer isn’t cancelled after all ?

Not your boux….? . Obsessed with these pyjamas from @bouxavenue the quality and fit is amazing, empower yourself girls… @bouxavenue ❤️ there is up to 30% off nightwear now #myboux

Not your boux….? . Obsessed with these pyjamas from @bouxavenue the quality and fit is amazing, empower yourself girls… @bouxavenue ❤️ there is up to 30% off nightwear now #myboux

A source told The Sun on Sunday: “Taylor and Riyad have been close for quite some time now, but it’s still a big step to go on holiday with the parents of your girlfriend.

“But he likes them and they think he’s a lovely, respectful guy.

"He gets on well with Ashley because he is a former footballer too so understands the pressures of the job and the game.

“And he’s managed to charm Dawn. Most importantly for Dawna and Ashley, Taylor is happy so that’s what is most important to them.

“Riyad also feels comfortable with Taylor because her family is very wealthy so he knows she likes him for who he is rather than any Wag lifestyle he can offer her. 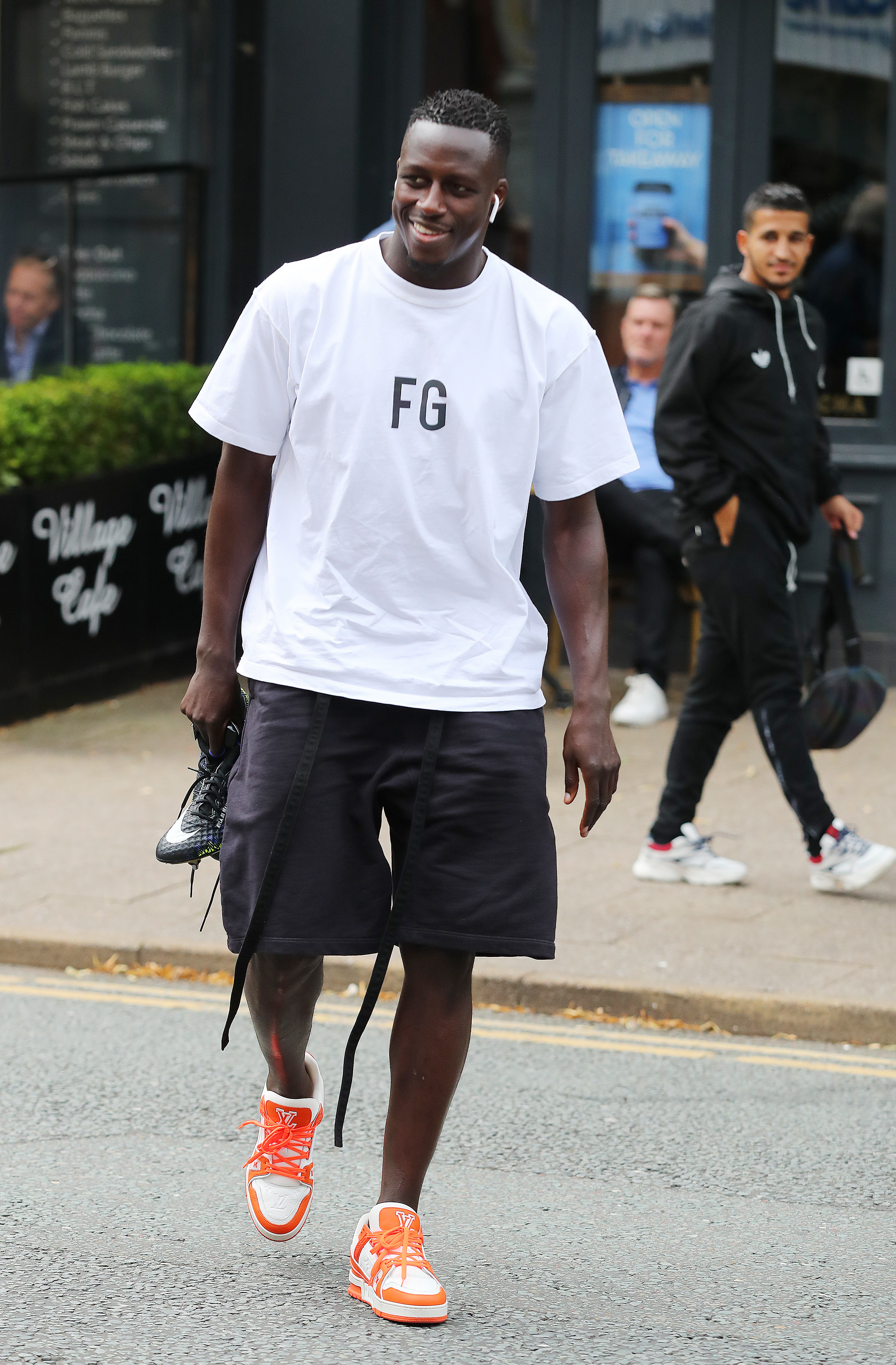 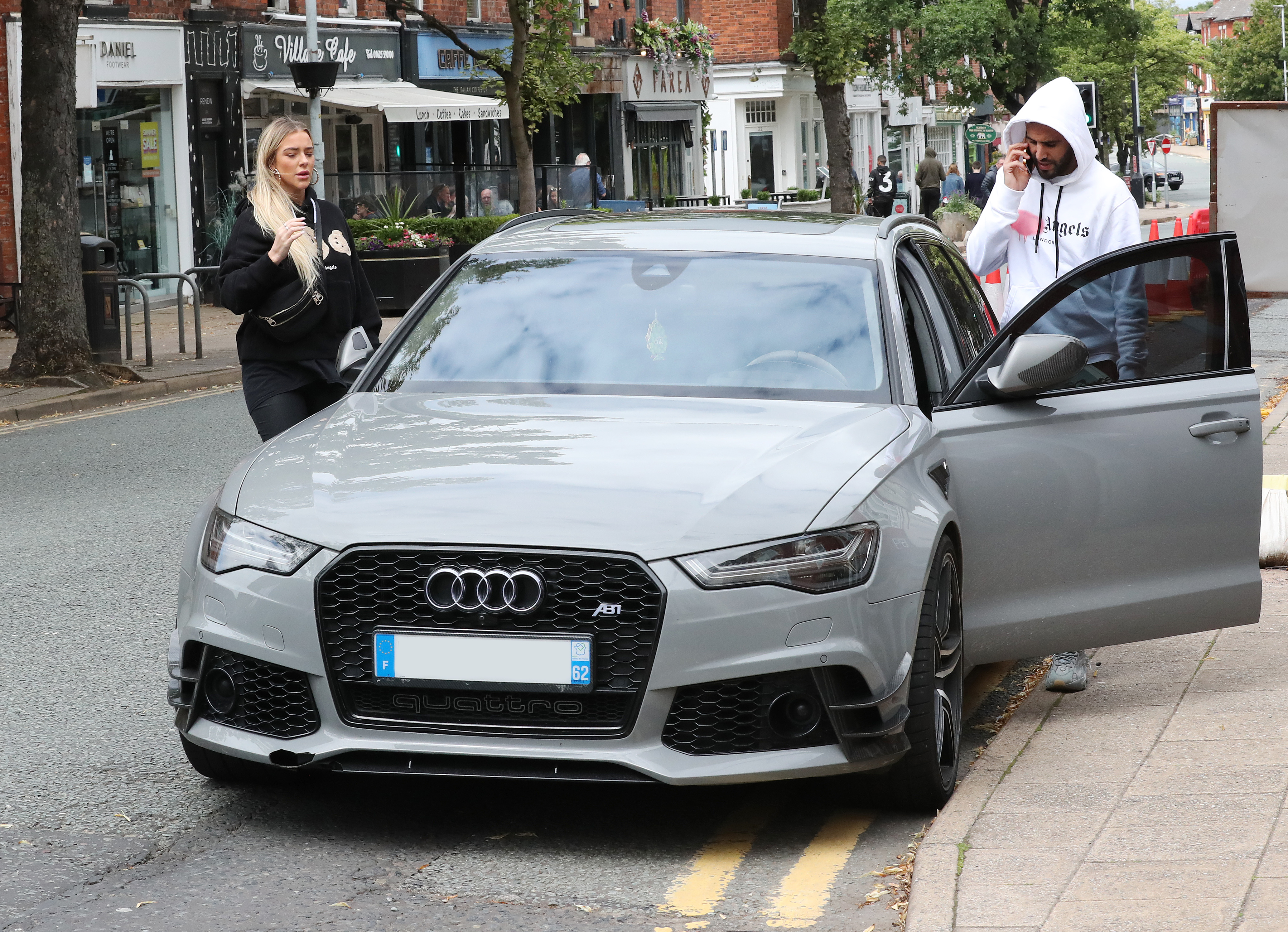 “They are both young so who knows where the relationship will end up going, but at the moment they are having a great time.”

Fashion student Taylor and Riyad, who is French-born but the captain of Algeria, have previously been pictured together leaving Manchester’s China White nightclub last New Year’s Eve.

And she has been a regular at the Etihad stadium to cheer him on and the rest of his team-mates, including Sergio Aguero – who she was previously romantically linked to.