The new champions will be charged by the FA after a final whistle pitch invasion by celebrating supporters, who also set off flares. 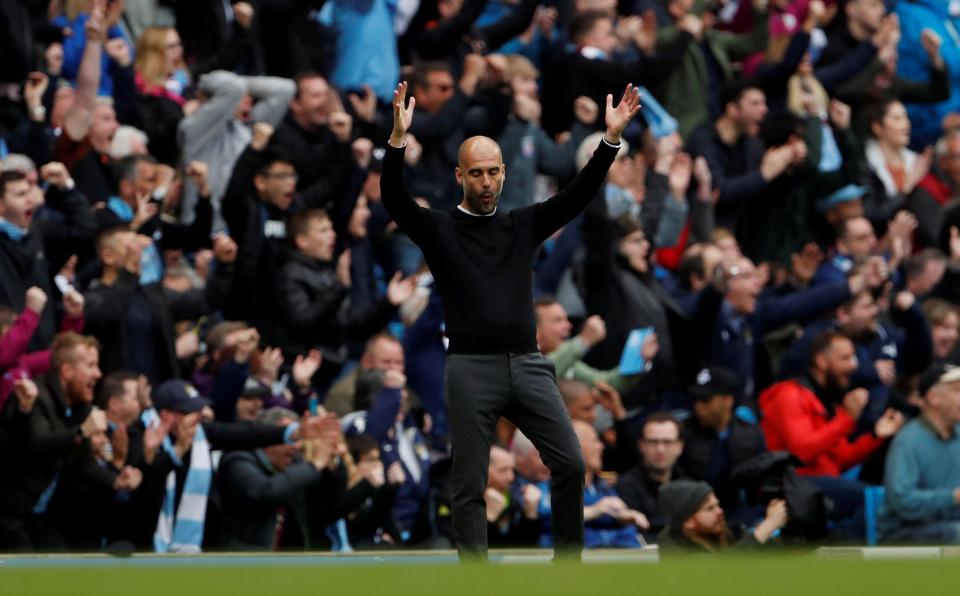 Yet boss Guardiola insisted he will never tell them not to, and said: "Football is an emotional game.

"I understand you have to be careful, but they want to share it when they are happy.

"It’s better if they stay off but not I’m going to tell them that – it's best that they are happy.

"That’s good – it’s time to celebrate and I’m not going to tell them not to enjoy it." 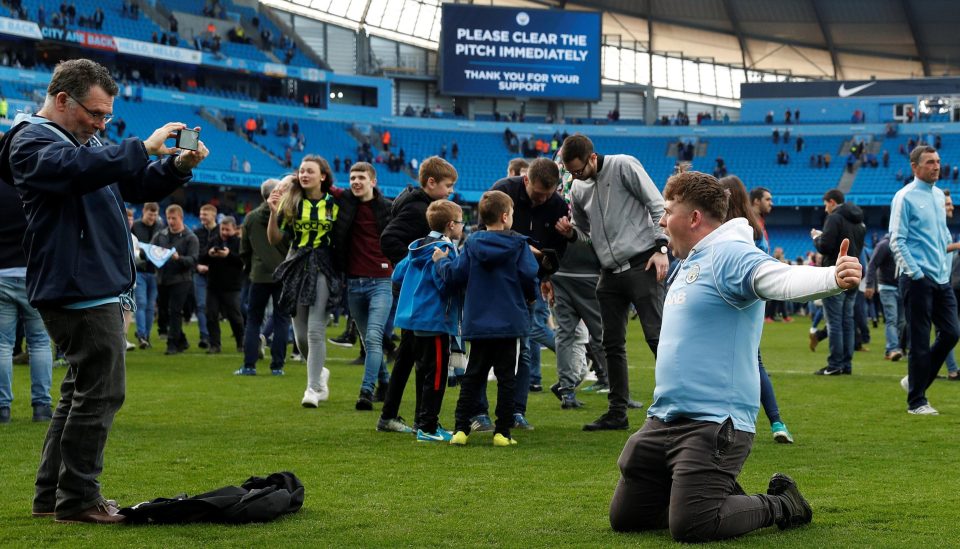 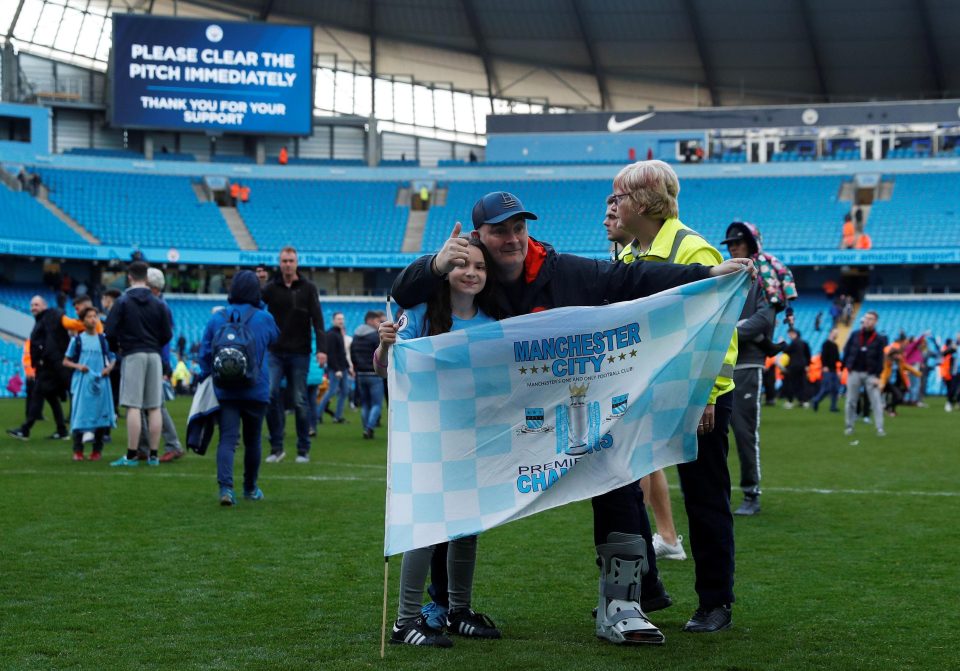 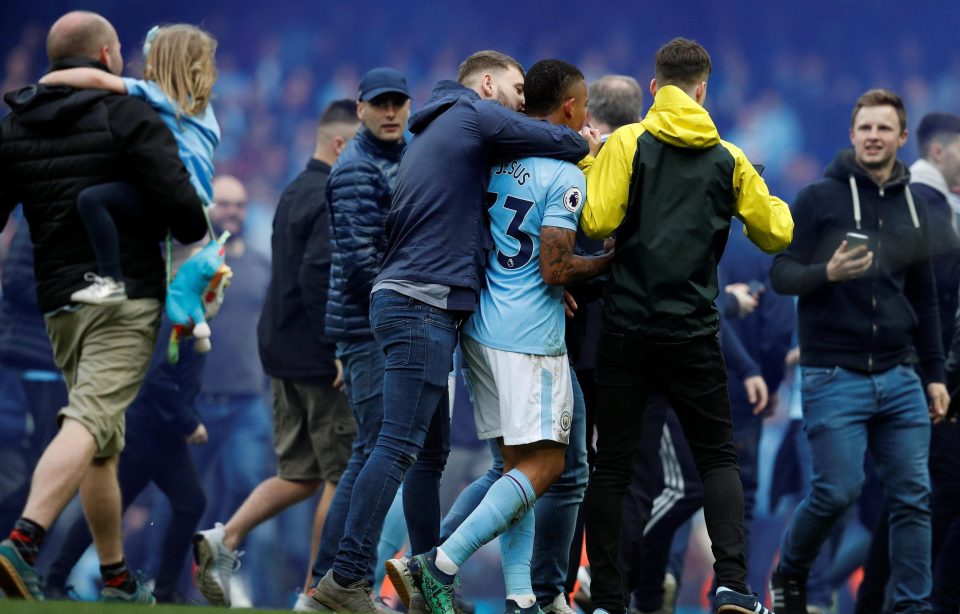 But this was the Citizens' first home game since landing their third championship in six years following the triumphs of 2012 and 2014.

And their delerious supporters weren't about to let the occasion pass without a party.

They engulfed the players after goals from David Silva, Raheem Sterling, Kevin de Bruyne, Bernardo Silva and Gabriel Jesus had done for the sorry Swans. 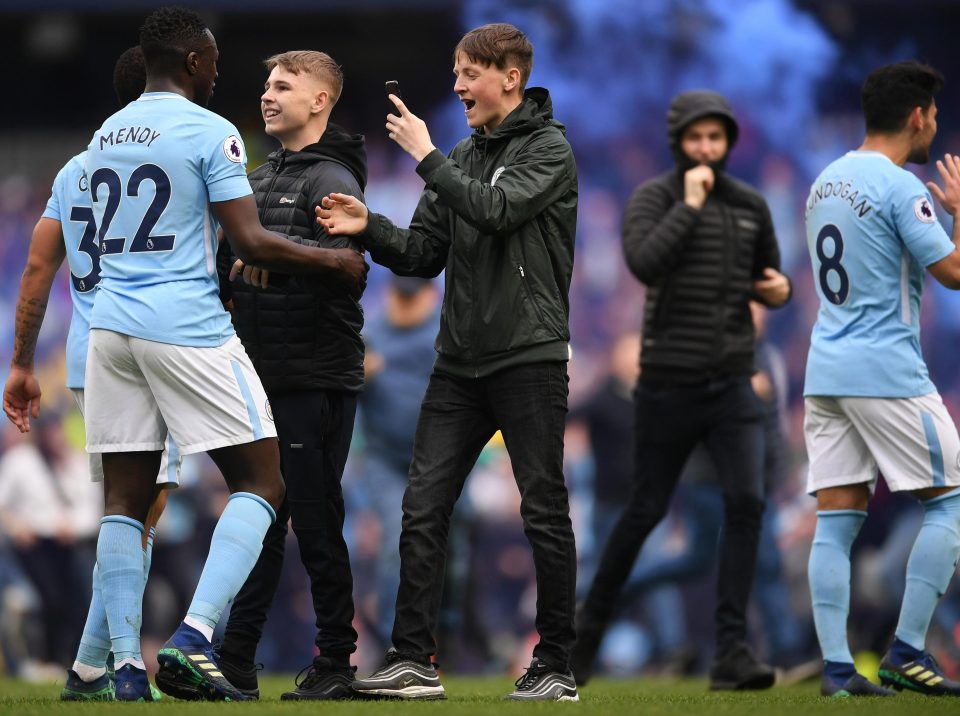 Supporters gathered at Etihad Stadium before kick-off to parade replica trophies, fly flags and welcome the champions on arrival.

Pep Guardiola's side were applauded by the Swansea players and staff in a guard of honour before kick-off.

Then they produced a performance worthy of a title-winning side.

Victory took them to 90 points, five short of the Premier League record set by Chelsea in 2004-05. 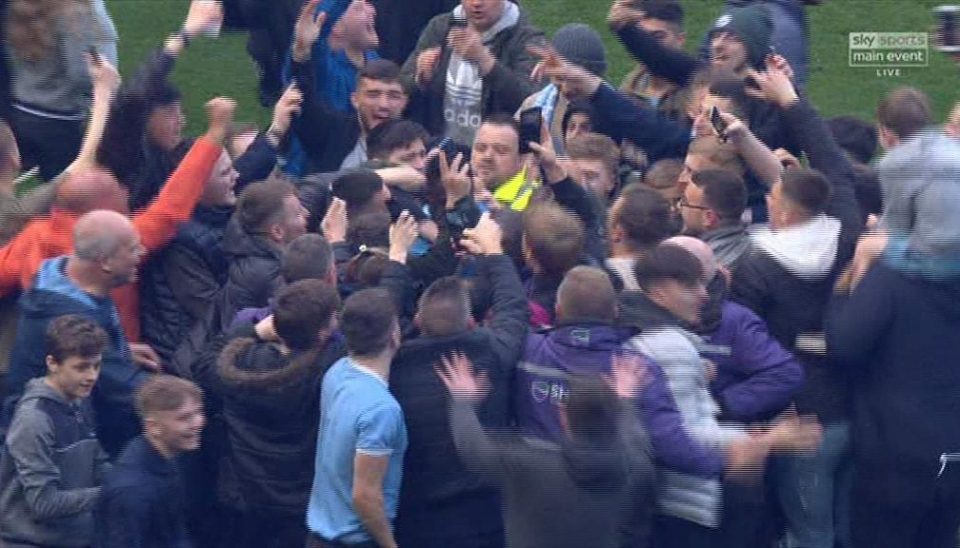 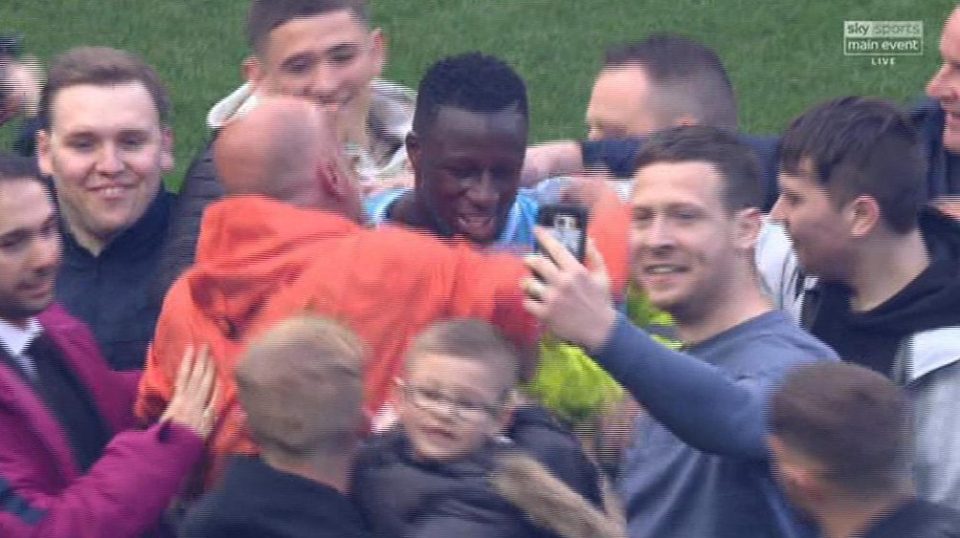 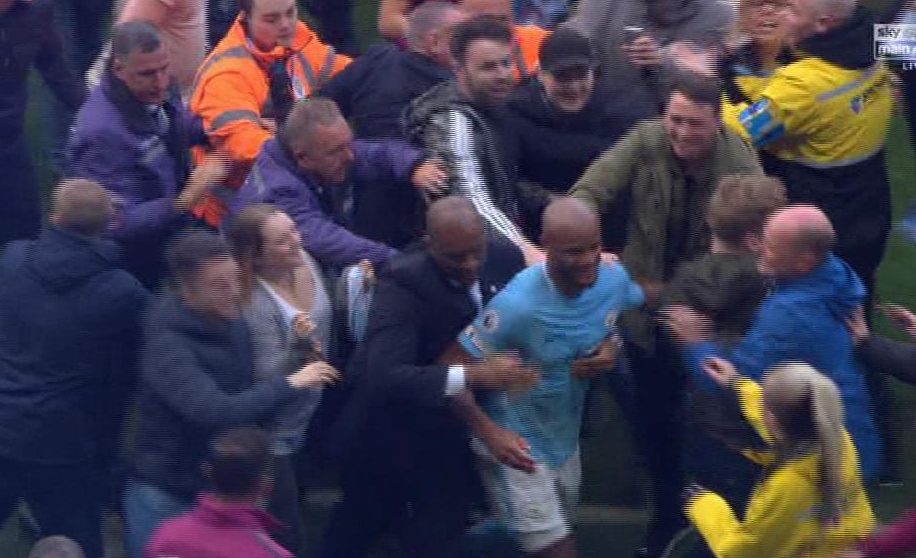 And Guardiola could beat his previous best points tally in a single league season as a manager – 99, with Barcelona in 2009-10.

No team has accrued 100 points or more in a single top-flight campaign.

But City would become the first that if they pick up 10 from their remaining four games.