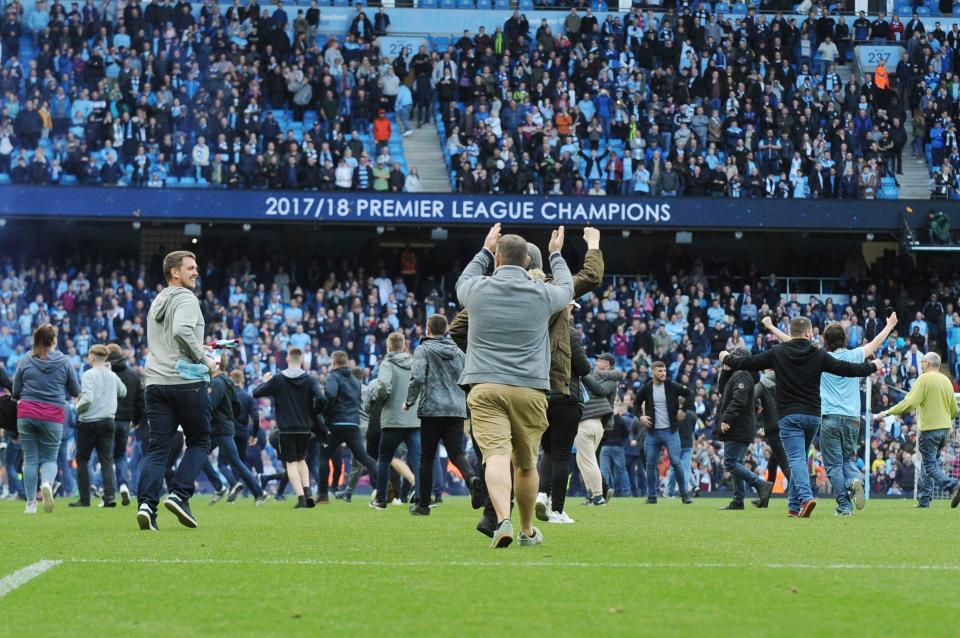 But with no violence reported, the club will not be punished, although they must explain events to footie chiefs.

And Swansea did little to kill the party atmosphere as Pep Guardiola's side ran out 5-0 winners.

David Silva, Raheem Sterling, Kevin De Bruyne, Bernardo Silva and Gabriel Jesus were all on target in the rout. 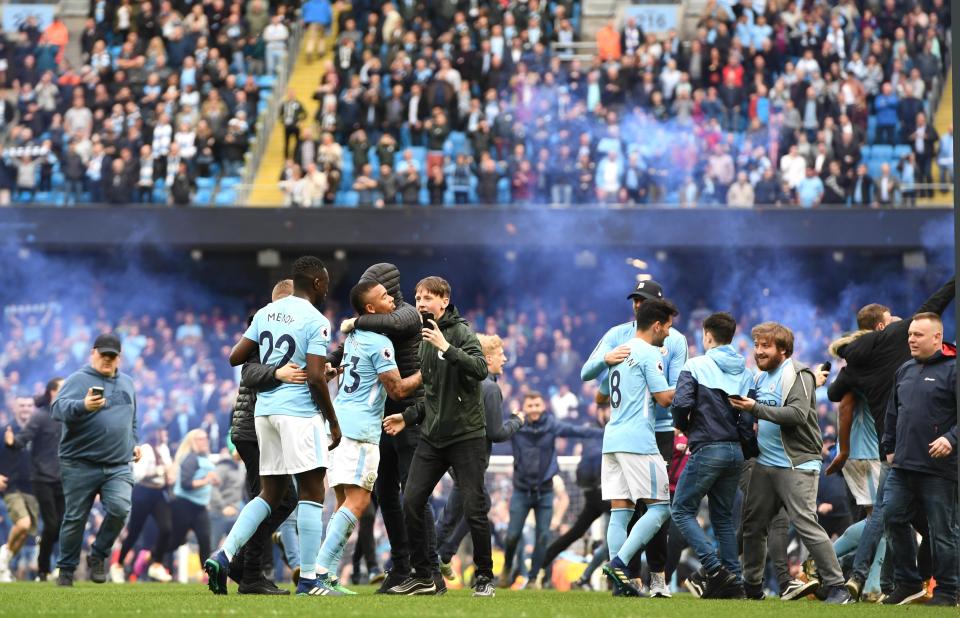 “I understand you have to be careful, but when they feel they want to share that they are happy, it is better they stay where they should stay, but I'm not going to tell them don't do that.

“If they are happy I like to be close with the team. They show how happy they are and that is the most beautiful thing, we can live like professionals, a manager and football players. We felt that today. The fans here were so happy.

“Just arriving on the bus, the way people look at us and celebrate in the stadium and jump. I'm sorry that's good. 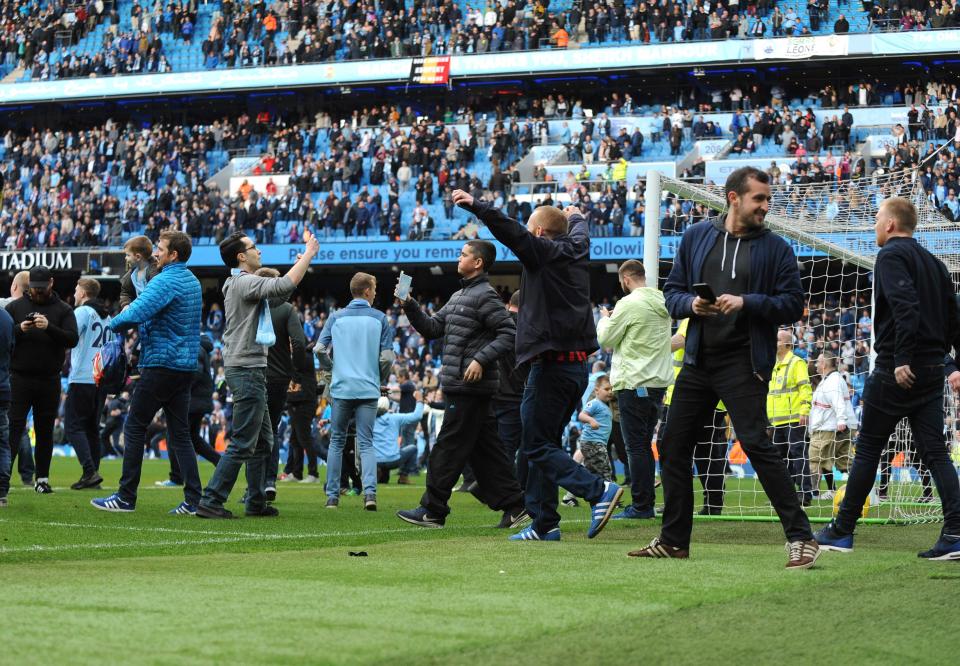 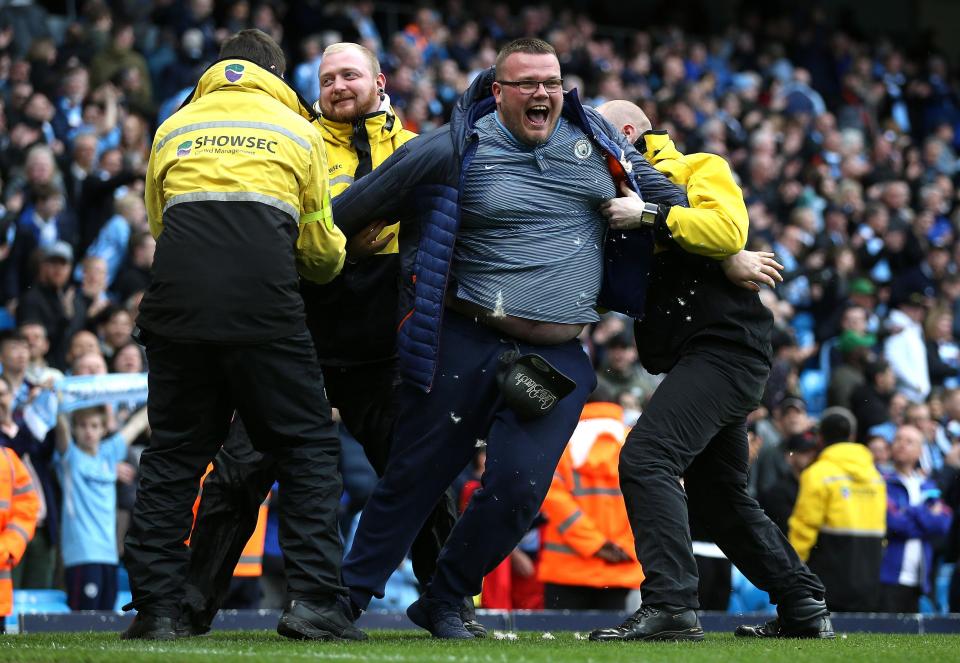 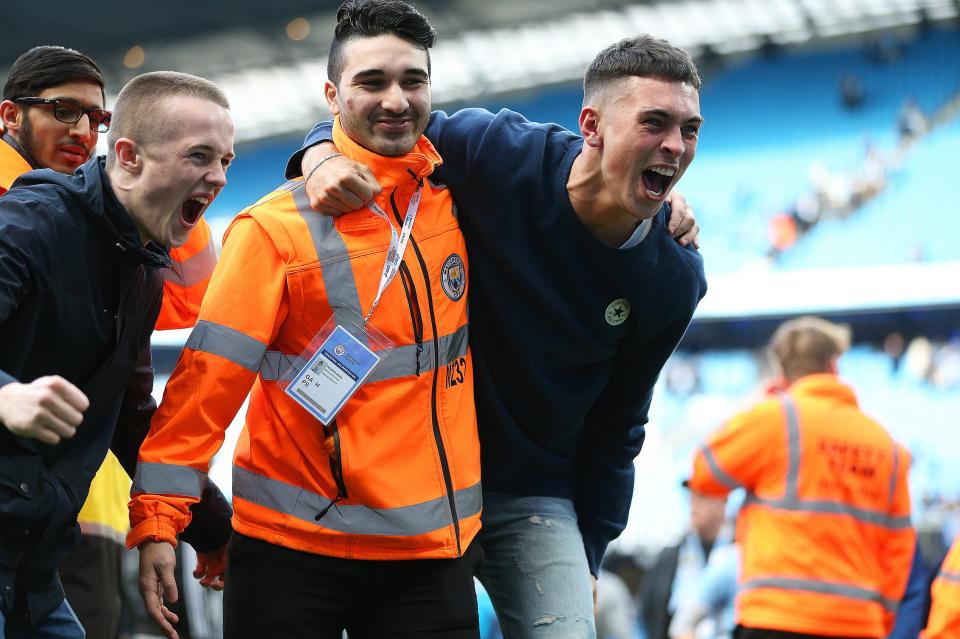 “Our fans, today from the beginning they were there and singing and close to us. Sometimes they are more cold.

“Especially Liverpool after 1-1 from Salah [in the Champions League earlier this month], the people react amazingly, so close to the team. That means a lot to us.

“They know we are an honest team, a humble team, in the way we play without the ball, the way we press, the way we try to be honest. People realise that. That's why we are close.”