Manly close in on Hastings replacement but backroom search continues

Manly may have finally landed their replacement for Jackson Hastings, but it appears their search for a recruitment manager is set to continue.

The Sea Eagles are launching another bid for the signature of Trent Hodkinson and Cronulla won’t stand in their way if he manages to secure a longer-term deal. Hodkinson has proven a handy acquisition for the Sharks, making four appearances this year after switching fromNewcastle. 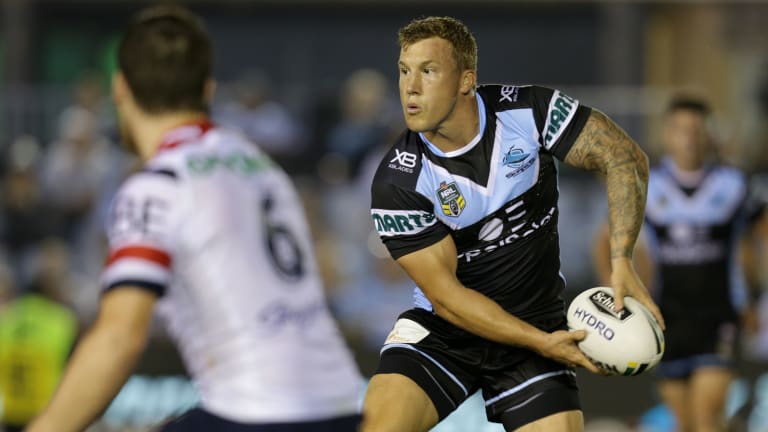 Surf watch: Trent Hodkinson could make the switch from Cronulla to Manly.

While the former NSW halfback has been a handy back-up for Chad Townsend and Matt Moylan, he would likely get more NRL time at Manly. The Sea Eagles have decided not to select the out-of-favour Hastings despite a horrific injury toll that includes playmaker Lachlan Croker, who is ruled out for the season with an ACL tear.

The Silvertails view Hodkinson as the perfect foil for Daly Cherry-Evans, someone who won’t come at an exorbitant price but can still take pressure off the Manly captain. His signing would offset the loss of Blake Green, who was released from the final year of his contract to join the Warriors.

“That has always been the case, even when we signed him we agreed that if he got another gig in England or Australia, we’d let him go.

“We haven’t received anything to date. It can happen if we want it to.

“I don’t know if Manly can fit him in this year, whether they would need to tip another player out, I’m not quite sure.”

It’s understood Manly, hamstrung in the recruitment and retention stakes after being pinged for salary cap rorting, will try to make the deal happen before next weekend’s clash with Melbourne.

“He’s been great,” Flanagan said. “He’s done a great job, [he] is a great person. He’s never a problem [and] understands what we’re about. We’d wish him good luck if he got a long-term deal.” 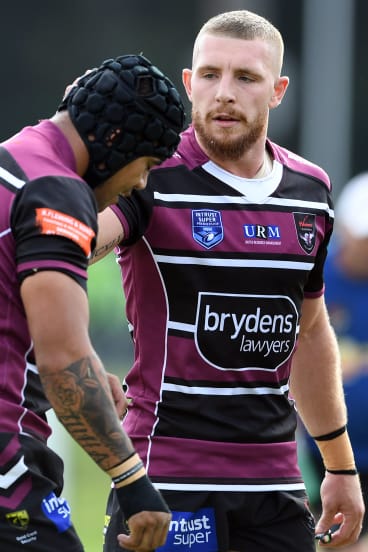 Scratched: Jackson Hastings looked as if he would make an unexpected return to the first grade side.

The question of who will do Manly’s recruiting in the future is yet to be resolved. Manly was in talks with controversial talent spotter Peter O’Sullivan, who was banned indefinitely for his links to notorious punter Eddie Hayson.

Manly players were investigated for their links to Hayson during a police probe into match-fixing, although no charges were ever laid. Sea Eagles CEO Lyall Gorman met with O’Sullivan last week but his chances of getting the gig are drifting.

“Nothing has been resolved, we’ve had a chat to Peter and that’s been well documented,” Gorman said.

“We continue to explore the market, we’re looking to do a full market search.

“It’s only over the last couple of weeks that it’s something we’re looking at.

“We haven’t actually formalised a process yet, it’s something we will look at on Monday after we get the game out of the way.”

Asked if there were any concerns over O’Sullivan’s past, Gorman said: “We wouldn’t have met with Peter or any other candidate if we had concerns.”

O’Sullivan has long been linked with the Warriors, but their CEO, Cameron George, said he isn’t joining the club.