Four Manly players have been fined $1500 each for breaking curfew on the infamous night that featured a visit to a Gladstone strip club and ended with Sea Eagles skipper Daly Cherry-Evans trading blows with the now-banished Jackson Hastings.

Manly had already punished the two main protagonists, hitting Cherry-Evans with a $10,000 fine and sending Hastings to exile in reserve grade – where he will remain this weekend – and yesterday the club extended the penalties to four other errant players, who were hit in the hip pocket and handed breach notices. 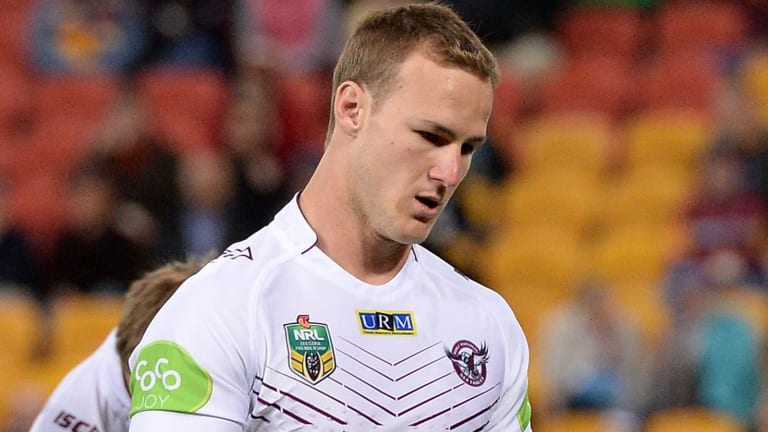 Sanctioned: Four Manly players, who have not been identified, have been fined $1500 over their night out in Gladstone. Daly Cherry-Evans had already been fined.

The Sea Eagles, however, chose not to identify the four, citing "welfare and privacy issues" along with the fact that none had committed a crime or brought the game into disrepute.

The penalties capped another dramatic day on the northern beaches, where the players suddenly appeared to be towing the club line by backing Trent Barrett's team selections. That was in stark contrast to last week when there had been several players willing to voice public support for the axed Hastings, insisting they had no issues with him and would happily play alongside him.

"Umm, that's a hard one," Tom Trbojevic replied on Tuesday when asked if Hastings would be welcomed back, as his coach watched on. "I fully support Barrett's decision, what he has done, what he has had to endure as coach of this footy side, it's been very hard the last few years. He's had a lot of issues, but the way he has managed himself, on this one I fully support him."

Next up was Dylan Walker, who said: "With the Jackson situation, it goes to the front office, and they deal with it. Whatever Trent does, that's it's his decision, and we have to back it. 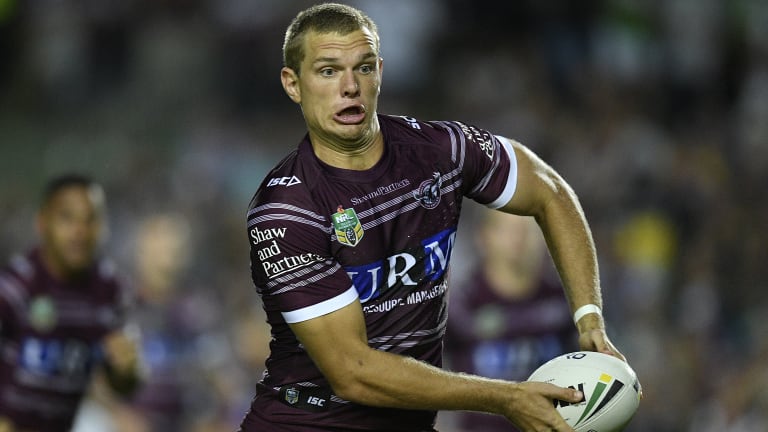 There was also an amusing aside from Akuila Uate, who asked for the media to show Manly more love. With a straight face, the winger implored the media to stay positive about the Gladstone and Hastings saga, saying: "If you drag us down, of course we won't be the best players we can be.

"I feel for 'Chez' [Cherry-Evans]. He's got three beautiful girls to go home to every afternoon, every day, and he comes in and rips in at training. You guys can help us by being positive. The NRL is the greatest game of all, and we need to move on from Gladstone. It's a month ago now. We need to put it behind us now and move on. It's not a good look when we know the real story but there's a different story out there. We look bad."

When asked what that "real story" was, Uate replied: "I won't comment on that."

The Rugby League Players Association met with Manly last week, when it was assured Hastings would be considered for first-grade selection, based on merit, from this week.

Hastings was a star for Blacktown at the weekend and even drew praise from rival Wyong coach Rip Taylor, who worked with the playmaker during his Roosters days. 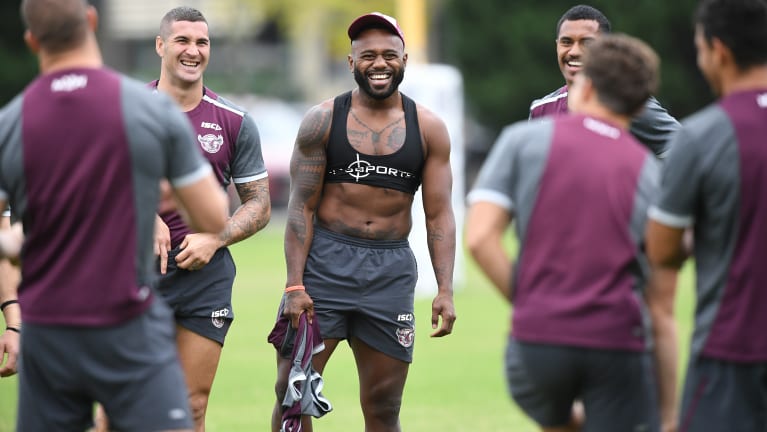 Big call: Akuila Uate has asked the media to be positive about Manly’s plight in spite of their current predicament.

"He was handy. They scored four tries from kicks, and two of those from him,'' Taylor said. "He controlled the game and was good, very steady. He looked after the game and was a big influence on the outcome of the game. He's certainly got plenty of football in him.''

Manly owner Scott Penn said the club had endured a ''couple of unfortunate incidents'', but insisted ''the place is not falling apart''.

The RLPA has been in constant contact with Hastings, including on Tuesday, and said it would only step in if it suspected Hastings was being marginalised by Manly.

The Sea Eagles are so low on troops they could be forced to play Hastings if there are a couple of more injuries, as the NRL will not allow them to bring in any players from outside their 30-man squad.

The question will also be raised if he continues to shine in reserve grade while No.6 Lachlan Croker fails to improve next to Cherry-Evans.