After beating John Higgins 18-16, Williams showed bare-faced cheek by honouring a pledge to do his post-match press conference NAKED. 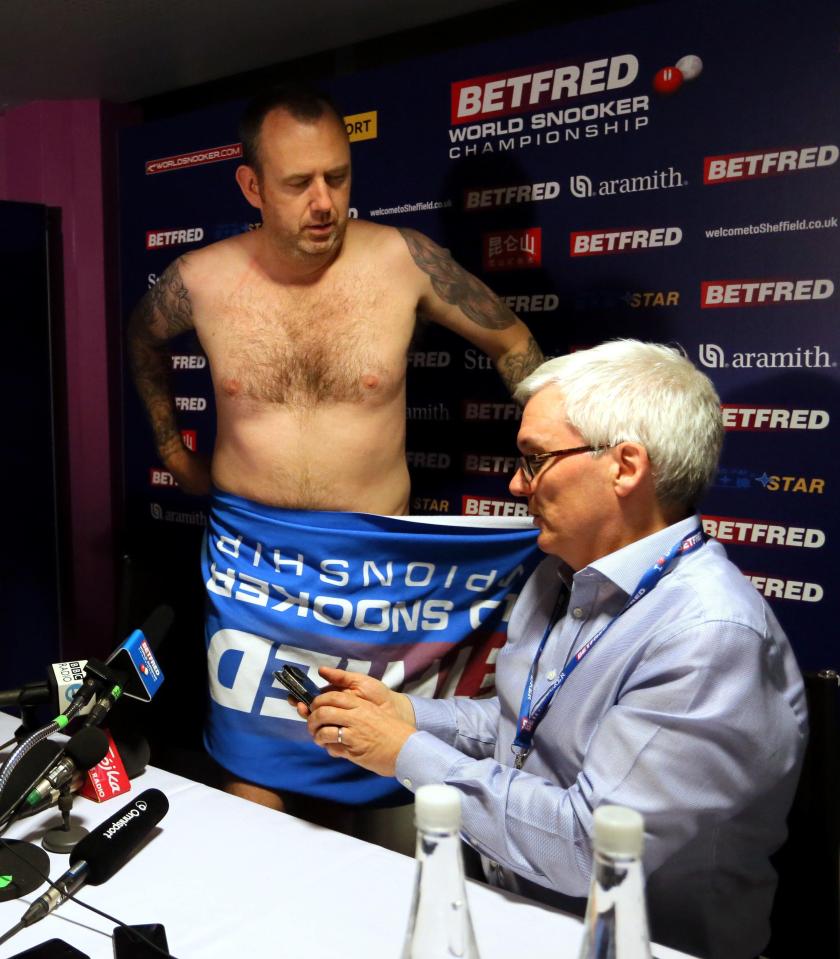 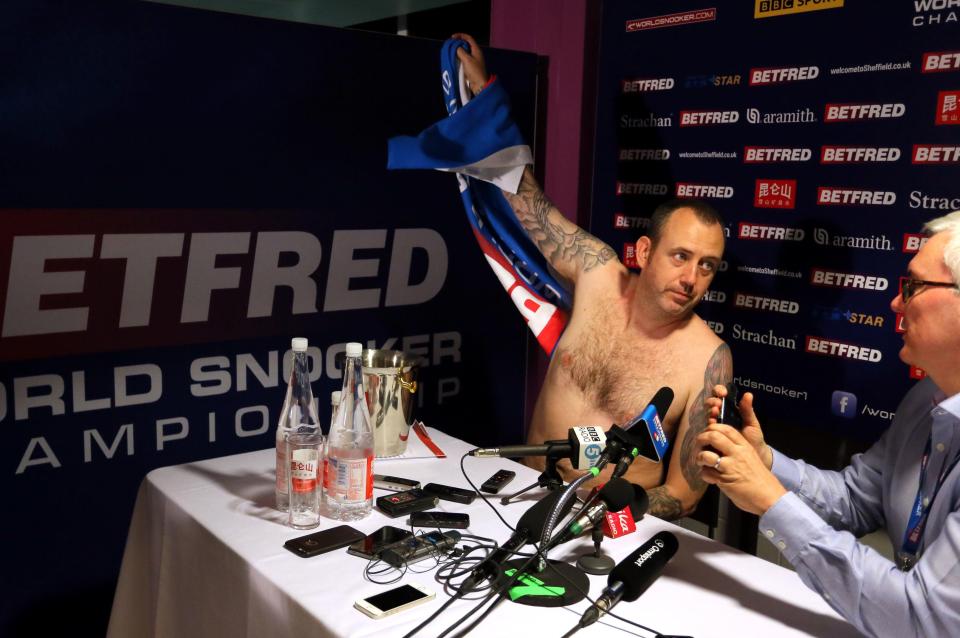 The Welshman, 43, arrived wearing just a sponsors towel to spare his blushes.

He said: “I’m a little bit uncomfortable at the moment. It’s a bit cold in here!

“But if I never win another tournament I won’t care, I have done something I thought I’d never do.” 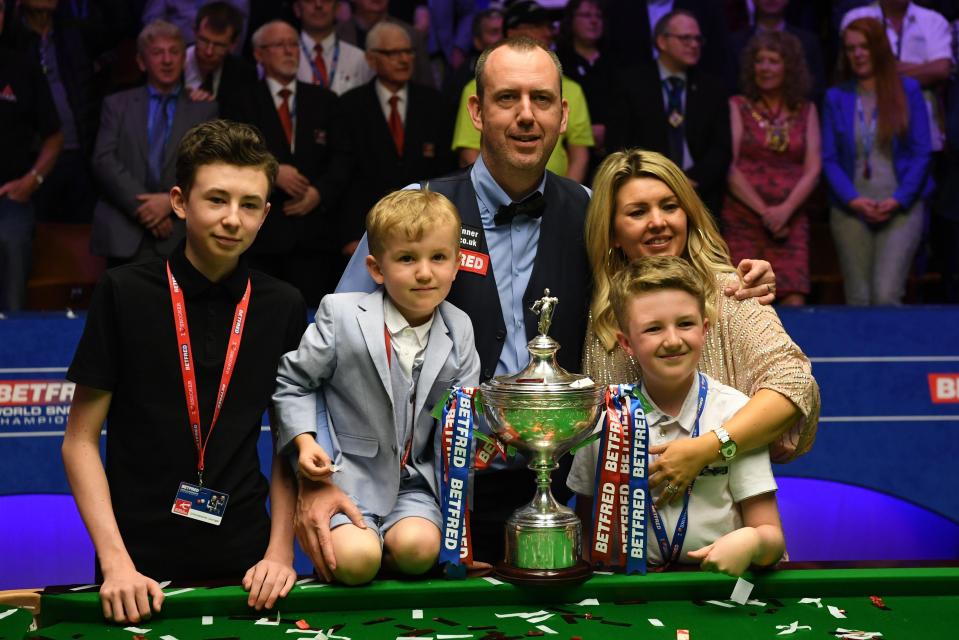 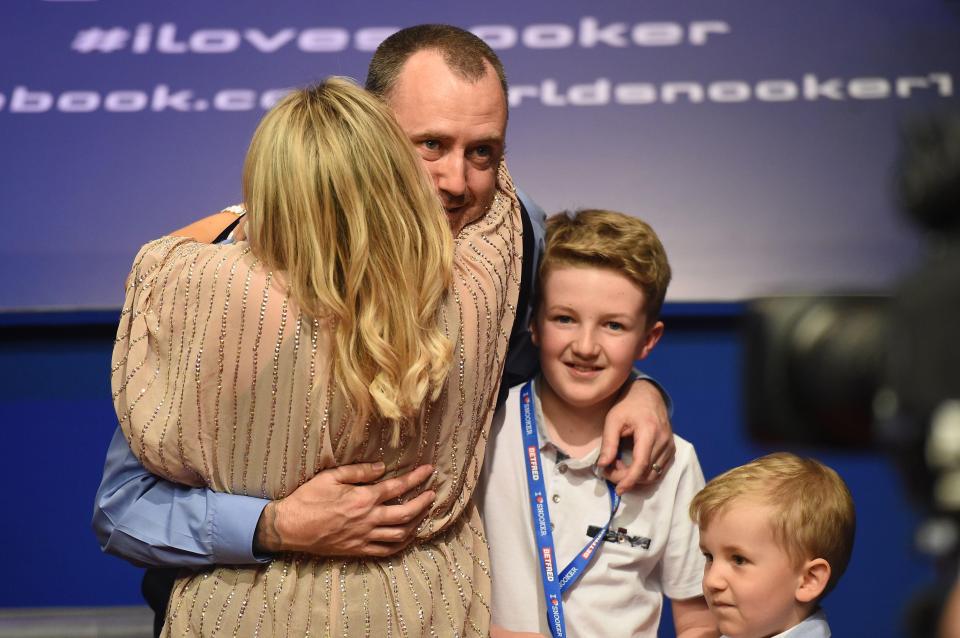 Williams — who pocketed a huge £425,000 cheque — became the oldest winner of the Betfred World Championship since compatriot Ray Reardon in 1978.

He added: “Last year I wasn’t even here but in the caravan having a beer having failed to qualify.

“My game was c**p and I was seriously thinking of giving up but my wife Jo convinced me to carry on.

“I don’t think she wanted me in the house 24 hours a day!

“So it is unbelievable to be winning this again 15 years after the last time.”

Incredibly, none of Williams’ three kids were born the last time he lifted the trophy 15 years ago — the biggest gap between world titles.

The stunning success capped a winning streak for new world No 3 Williams this season — with this a fourth title.

And he owes much of his ‘nude dawn’ to coach Steve Feeney and his SightRight technique that has transformed the left-hander’s fortunes.

This showpiece between two of the ‘Class of 1992’ had captured the imagination, with the third of the Holy Trinity that turned pro 26 years ago — Ronnie O’Sullivan — watching on.

In a tight contest Williams missed a pink in frame 33 and Higgins brilliantly cleared up to peg it back to 17-16. 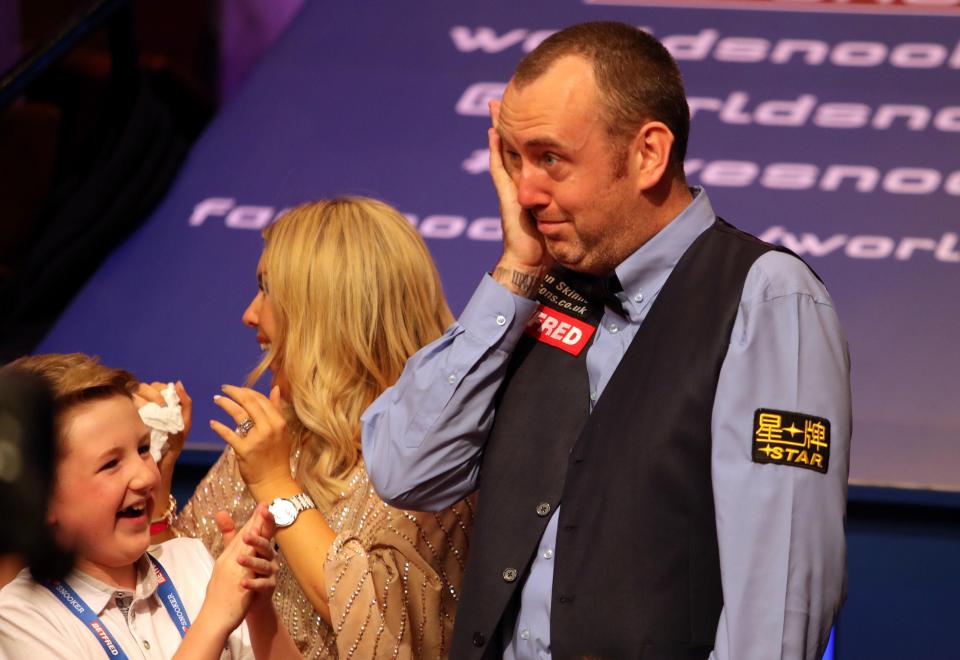 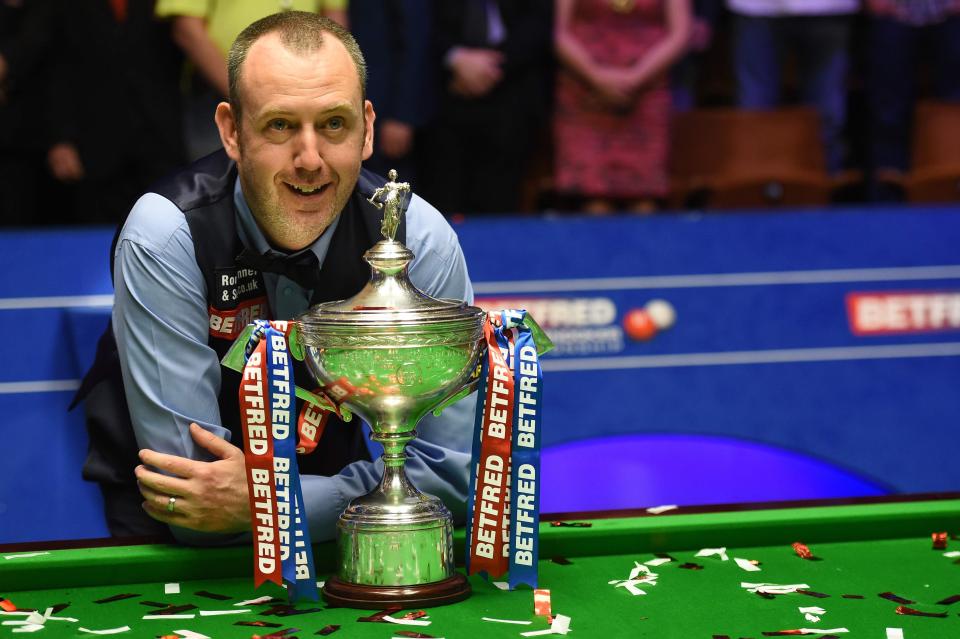 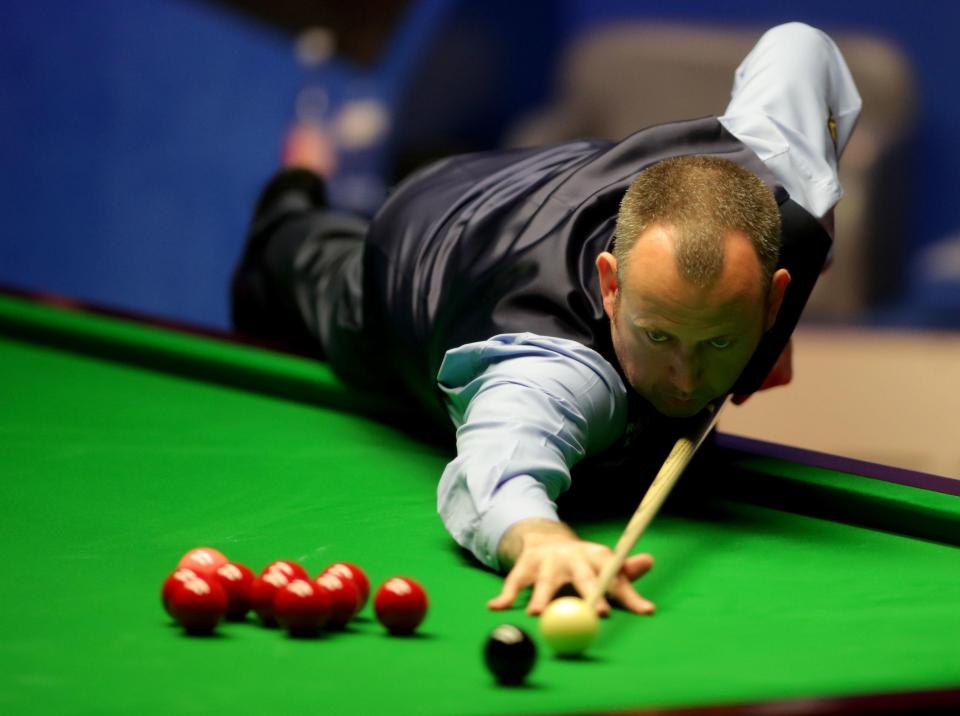 Undeterred Williams fired a 70 break only to then fluff an easy brown, which gave  his rival one more chance.

But he gathered himself superbly to edge over the line.

Defeat was a huge blow for Higgins, 42, who lost in the final for the second year in a row after blowing a 10-4 lead against Mark Selby 12 months ago.

He had been hoping to win a fifth world title and equal the Crucible trophy tally of O’Sullivan. 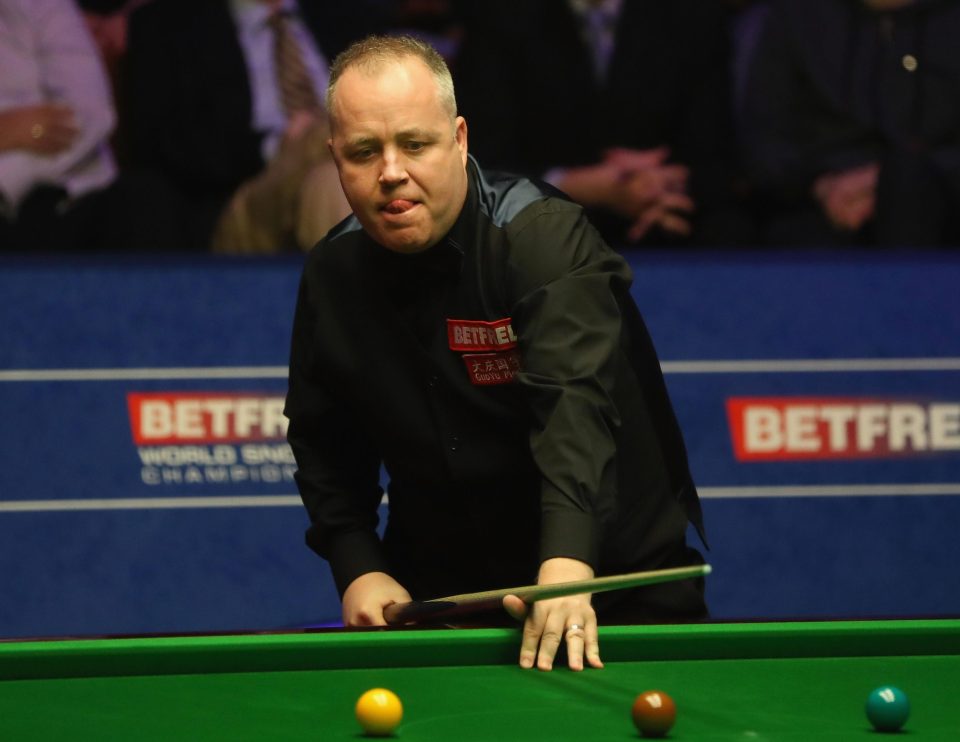 He said: “Obviously I am disappointed but it was great to play in such an occasion in front of this crowd and Mark is a brilliant champion.

“The red he potted at the end was ridiculous and it was one of the best breaks under pressure. I didn’t want to lose with a session to spare and at 14-7 that looked possible.

“I tried to put him under pressure tonight but it just wasn’t enough.”

This was the oldest Crucible final in history, the combined age of the pair coming to 85 — two more than the Reardon v Perrie Mans final (83) in 1978.