Mentoring His Much Younger Bruins Teammates Is Vintage Zdeno Chara

BOSTON — At 42, Zdeno Chara is 14 years older than the next oldest Bruins defenseman, Torey Krug.

Of the four other blue liners who will take the ice for Boston against the St. Louis Blues in Game 1 of the Stanley Cup finals on Monday night, the next oldest is a second-year defenseman, Matt Grzelcyk, 25, and the youngest is Chara’s defensive partner, Charlie McAvoy, 21. McAvoy was born 32 days after Chara made his N.H.L. debut for the Islanders on Nov. 19, 1997.

Chara was 29 when he signed with the Bruins as a free agent from Ottawa in 2006 and was immediately named captain. He won the Norris Trophy as the league’s best defenseman in 2009 — he has been a finalist four other times — and was a bulwark in 2011 when Boston won its first Stanley Cup in 39 years. Yet his greatest and most lasting contribution may be the knowledge he has imparted to the current crop of Bruins defensemen.

Connor Clifton, 24, a rookie, spent most of this season with Boston’s American Hockey League affiliate in Providence, R.I., but was called up when the veterans John Moore and Kevan Miller went out with injuries. Clifton played a key role in the sweep of the Carolina Hurricanes in the Eastern Conference finals, and he credits Chara with showing him what is required to excel in the N.H.L.

“He’s the ultimate professional,” said Clifton, a New Jersey native who played four years at Quinnipiac University. “The way he takes care of himself, the way he carries himself, the way he leads the group — he rubs off a little on everyone, especially the younger guys.”

As a 20-year-old rookie with the Islanders, Chara was mentored by a 25-year-old Scott Lachance. Chara, a Slovak, spoke little English at the time and was far from a finished product, but as his game and language skills developed, he began taking a larger role with players who needed the kind of help he had received. 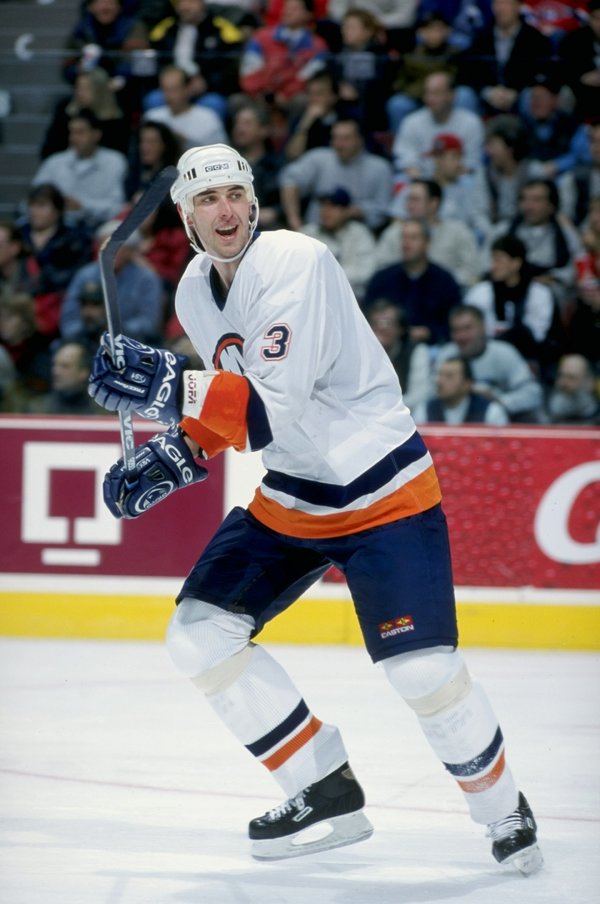 Two years ago, as a 20-year-old rookie, Brandon Carlo was paired with Chara on Boston’s top defensive unit.

“Coming into the N.H.L. isn’t easy,” said Carlo, who was the No. 37 overall pick in the 2015 draft. “There are a lot of mind-set things you go through, like, ‘Am I going to stay up here or get sent down?’ Just from the way he does things, on and off the ice, by watching him you can understand a lot more about the game.”

Carlo sustained a concussion in Boston’s last regular-season game that season and missed the 2017 playoffs. That created an opportunity for McAvoy, then 19 and just a couple of weeks removed from playing for Boston University. Summoned from Providence, McAvoy was paired with Chara and made his Boston debut in the first-round series against Ottawa. Boston lost in six games, but McAvoy acquitted himself well, and gave credit to Chara.

“He’s a pretty easy guy to read off, and he’s so defensively sound, and steady,” McAvoy said. “You get the opportunity to just play when you’re with him.”

Goalie Tuukka Rask was traded to the Bruins from Toronto in 2006, the same year Chara arrived in Boston, and he has seen Chara paired with many teammates over the years. Chara has had the same effect on Carlo and McAvoy, Rask said, as he did on Dougie Hamilton, a former Bruin who was the ninth overall draft pick in 2011 and who played alongside Chara as a 19-year-old rookie in the 2012-13 season.

“Z has done that for every defenseman he’s played with,” Rask said. “He’s both a solid defenseman and a leader.”

Carlo said Chara had successfully navigated the fine line between friendship and mentorship: “He’ll get on you if he needs to, or he’ll be your good friend, if you need that.”

Even a subtle gesture can have an impact. Clifton recalled what happened at practice the day before the series opener against Carolina.

“We were paired together that day,” Clifton said, “and I think it was a bad pass I made, or something like that, and he gave me a little tap on the back with his stick and said: ‘Hey, let’s go. Focus here.’ It was an awesome moment, and I’ll probably look back on it someday and realize how much it helped me out.”

Claude Julien, the former Bruins coach, once described the 6-foot-9, 250-pound Chara as “a freak of fitness.” And after adopting a plant-based diet ahead of the 2017-18 season, Chara may be in better condition than he was a decade ago.

Chara is married with two children. Carlo marvels at his off-ice regimen.

“The way he eats, the way he trains, is amazing,” he said. “His focus 24/7 pretty much is on the hockey side of things. Why he’s been in the league so long is because he is dedicated to that structure. It’s pretty impressive to watch and learn from.”

The N.H.L.’s longest-tenured captain, Chara signed a one-year contract extension in March, which will take him through his 43rd birthday, and he has indicated he hopes that’s not the last one. McAvoy, hardly alone among his teammates, agrees.

“Everything he does is the perfect example for how everyone on our team should act,” McAvoy said the day Chara re-upped with the Bruins. “He’s helped me in so many ways on and off the ice. I’m very lucky. I don’t take it for granted to be able to play with a guy like that.”