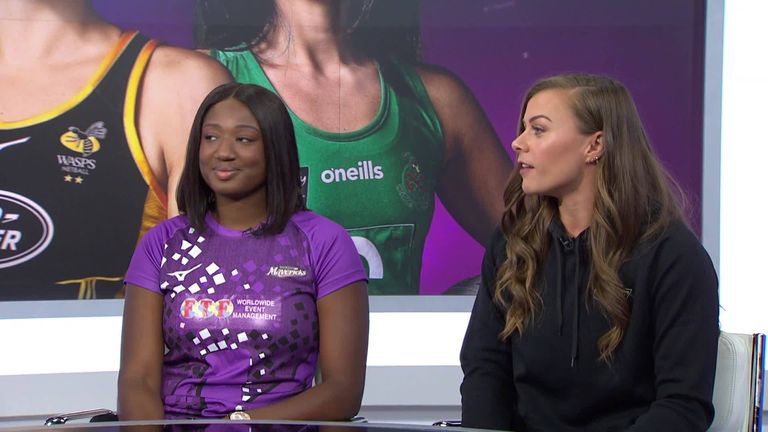 Mikki Austin can’t wait to enjoy “one of the most exciting formats” in netball this weekend as the British Fast5 Netball All-Stars Championship takes place at the Copper Box Arena.

With 12-minute matches, five players on court, an all-star five-point line and the Golden Buzzer Power Play, it’s an all-action afternoon of netball.

Take a look at the 2019 @fast5allstars confirmed draw! What fixtures are you looking forward to? Make sure you tune into @skysports Mix and Action from 1pm this Saturday!#Fast5AllStars pic.twitter.com/n3p7zcdMof

“I think that it’s one of the most exciting formats of the sport that we have,” said Austin live on Sportswomen after the first-round draw took place at Sky Studios.

“It’s really built over the past three years and I think that once you’re out there players get uber competitive because the game can literally change in one shot.” 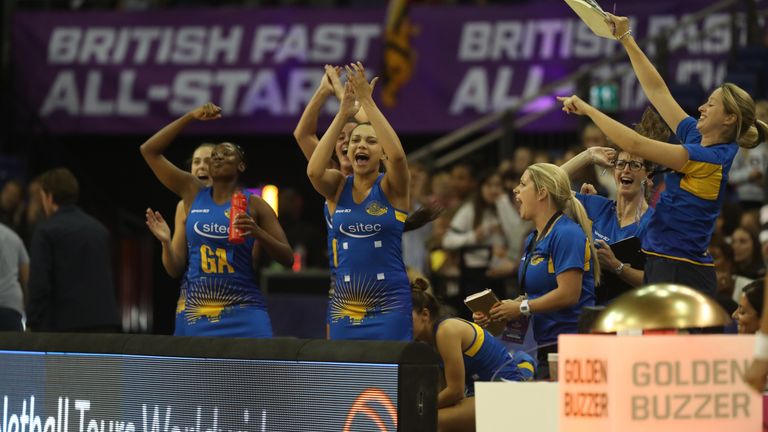 Surrey Storm will meet Saracens Mavericks in the first round with the defending champions, Wasps Netball, taking on Severn Stars.

Manchester Thunder will duel against a Loughborough Lightning side that will have Jo Harten in their ranks while Team Bath will face off against Celtic Dragons.

A number of teams have used their option to draft in an all-star pick with shooters Jhaniele Fowler, Harten and Erin Bell all taking to court.

With the potential for high points off every shot, the pressure will be on these shooters but as last year’s competition showed – through MVP Rachel Dunn – a shooter that thrives can drive her team all the way to glory.