Milwaukee Bucks beat Boston to take it to game seven

Bucks coach Joe Prunty elevated Maker to the starting line-up and the 216-centimetre 21-year-old delivered the energy his team needed in Milwaukee on Friday (AEST) to tie the series at 3-3 and set up Sunday's (10am AEST) game in Boston. 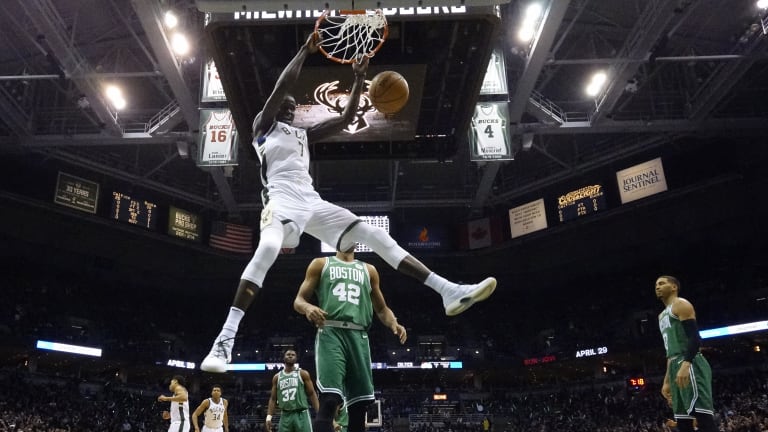 The Bucks’ Thon Maker dunks against Boston in game six.

Maker had four points and grabbed seven rebounds, some at crucial points in the game, while Dellavedova had three points and six assists.

His night included a big block to deny Jaylen Brown a dunk in the third quarter, which led to a three-pointer from Milwaukee small forward Khris Middleton.

Giannis Antetokounmpo led the way for the Bucks with 31 points and 14 rebounds.

"We came in with focus and the team agreed we would win the game no matter what," Antetokounmpo said.

Boston was led by Jayson Tatum's 22 points while Baynes had two points and four rebounds in just nine minutes.