A five-minute flurry of goals in the second half saw the Riverina Rhinos earn a crucial road win as they crushed the Panthers at Riverside Stadium. 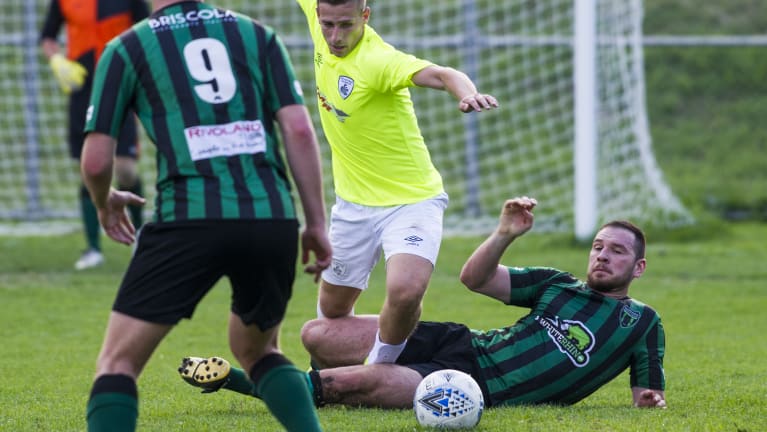 Monaro won just won game last season but new coach Glavinic recruited heavily and looked to have turned things around after they toppled powerhouse club Canberra Olympic in their opener.

But they've come crashing back down to earth with consecutive thrashings at home and Glavinic said it simply wasn't good enough.

"You bring these guys in from everywhere and they let you down and they start arguing on the football field and that’s just rubbish," Glavinic said.

"We’ve talked about getting that winning mentality (this season) but that performance today and last week, it’s not a winning performance.

"They had a few chances and there was some sloppy defending from us, but it's an extremely, extremely disappointing performance at home.

"Losing 3-0 again, copping three goals, it’s not great, not great at all."

The Panthers have an immediate chance to square the ledger when they travel to Griffith to face the Rhinos in the FFA Cup fourth round on Wednesday. 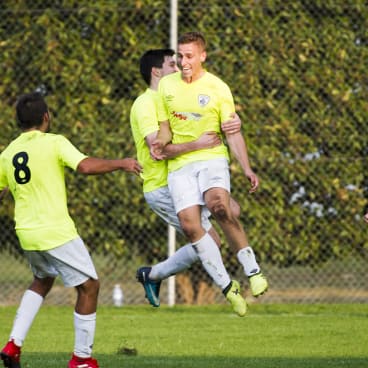 George Pavese scored the third for the Rhinos.

The Rhinos also endured a tough 2017 winning just one game in the first season in the league, but they now sit third on the ladder and coach Gabriel Adbala said his men have learned how to win.

"This is what we worked for all last year, unfortunately we didn't have the first year we wanted but in saying that we’ve learnt from our mistakes and now we’re competing," Adbala said.

"We’ve got two wins on the trot and this is what we want to do, we want to compete with all the big teams in Canberra.

"It’s about being structured and organised and the players believing that they can compete at this level, and we can, we showed that today."

Monaro had the upper hand in a scrappy first half but it was the visitors who came bursting out of the blocks after the break and went bang, bang.

Estonian import Artur Rattel opened the scoring on 53 minutes after he pounced on Nathan Battocchio's blocked shot to hammer home inside the box.

Five minutes later and the lead was doubled after Panthers defender Stefan Todoroski was dispossessed and Rattel coolly went past goalkeeper Mitch Weeden to secure his brace.

The result was sealed when Todoroski was given his marching orders in the 76th minute after copping a second yellow card.

Teenager George Pavese completed the demolition job when he lobbed Weeden in the 82nd minute.

Meanwhile, Canberra Olympic made it two on the bounce with a 3-2 win against Belconnen United in the grand final rematch on Friday night.

Grand Slam of Darts Odds Preview: Bet £5 and get free £20 with Ladbrokes

Sevilla tell Newcastle to stump up another £12.5m for Diego Carlos.. because they spent £25m on Chris Wood transfer