Table-toppers Juventus celebrated like champions on Saturday when they beat Bologna 3-1 to give themselves a four-point cushion with two games left. 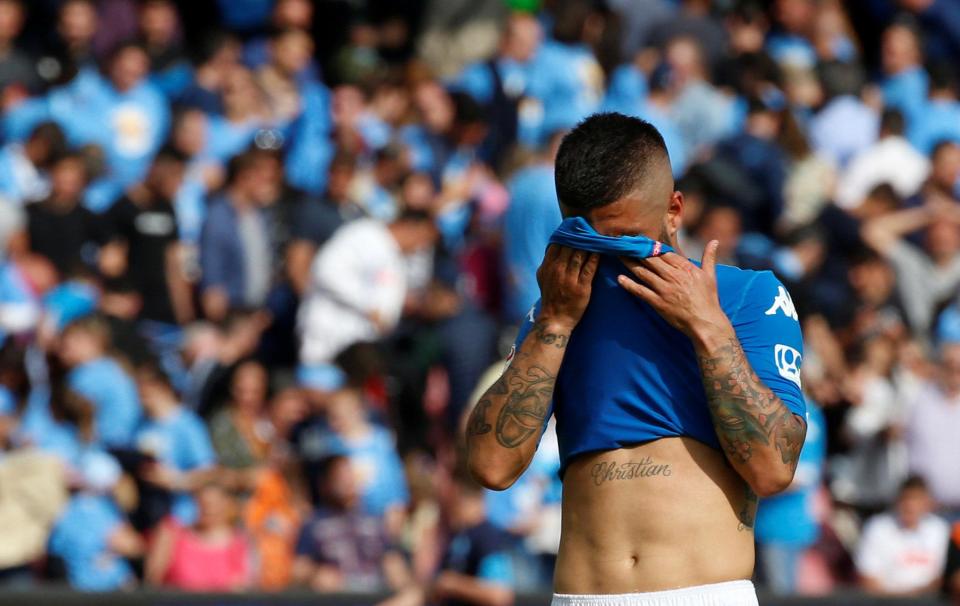 But Napoli looked on course to take it to the wire when they took the lead on two occasions at the San Paolo before they were pegged on 55 and 83 minutes.

Goals from Manchester United target Dries Mertens and Marek Hamsik gave the home side the advantage but they blew it both times.

After 25 minutes Torino handed the home side the lead with some kamikaze defending.

The visitors passed the ball across their own backline, like they were enjoying a testimonial match, before the Dutchman was allowed to nip in and poke home. 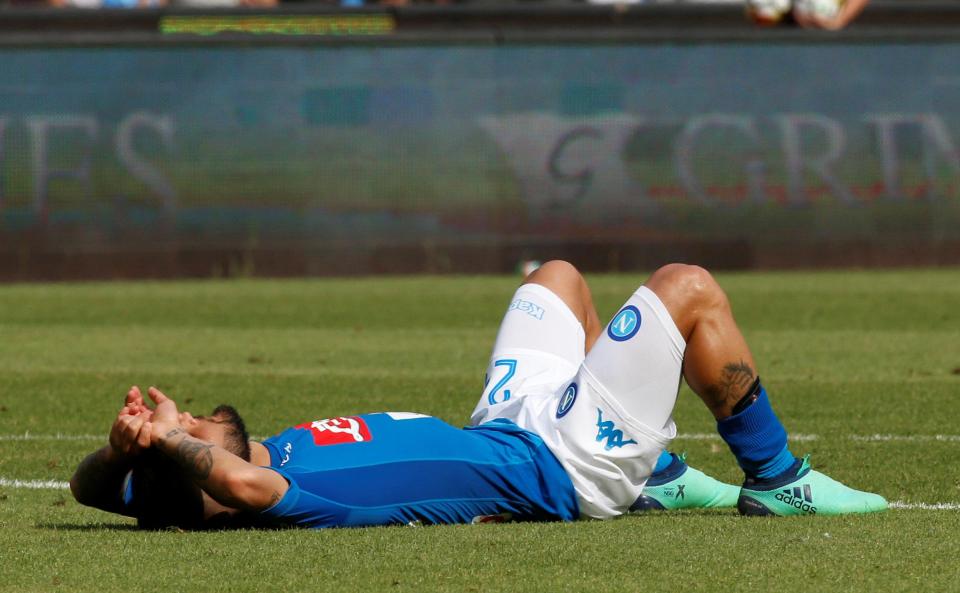 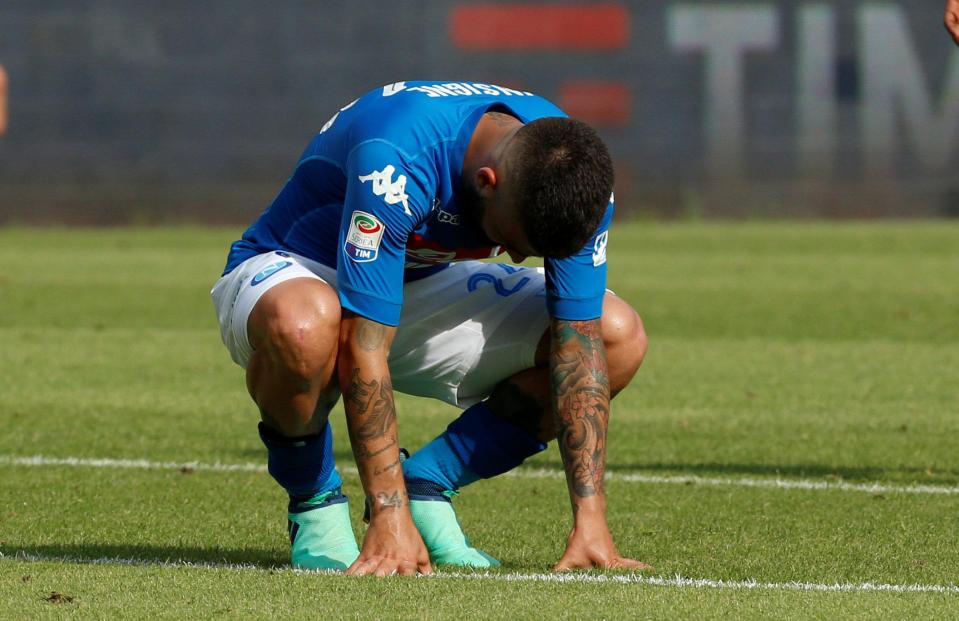 It took Torino 30 minutes to level through Daniele Baselli when his shot from the left flank was deflected past former Liverpool keeper Pepe Reina.

But, with 20 minutes of the match left, Hamsik was given too much time and space on the edge of the penalty box before taking aim.

The midfielder’s right foot shot flew into the top right corner to keep the heat on the Old Lady. 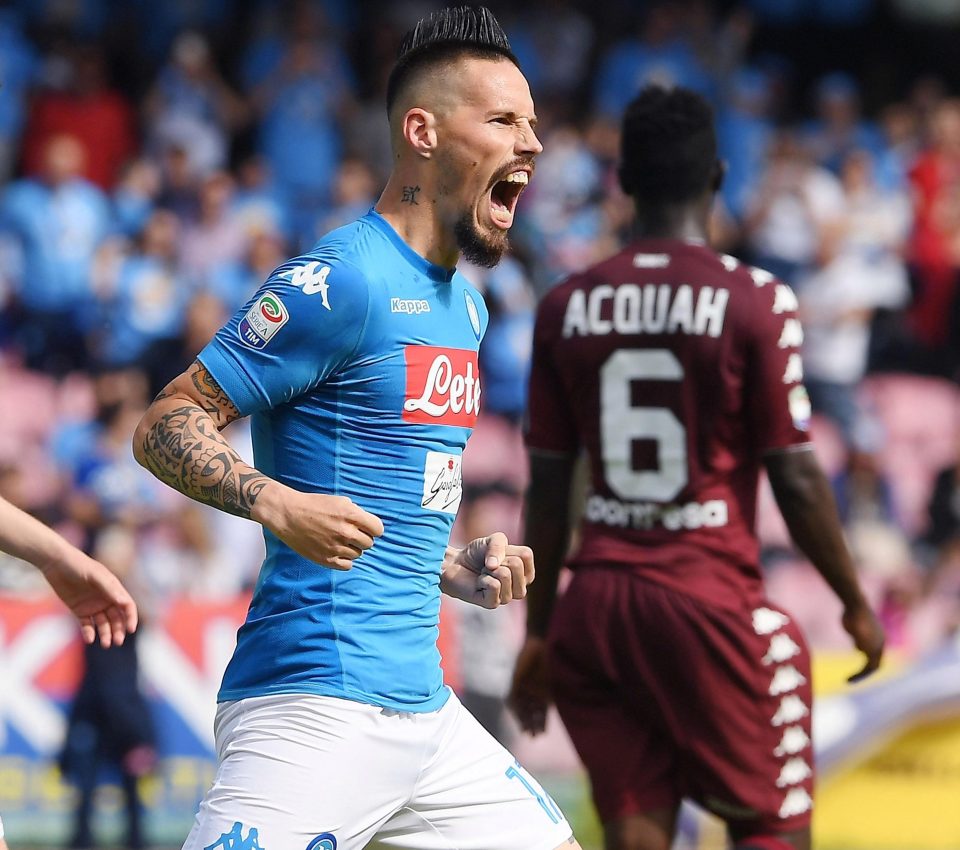 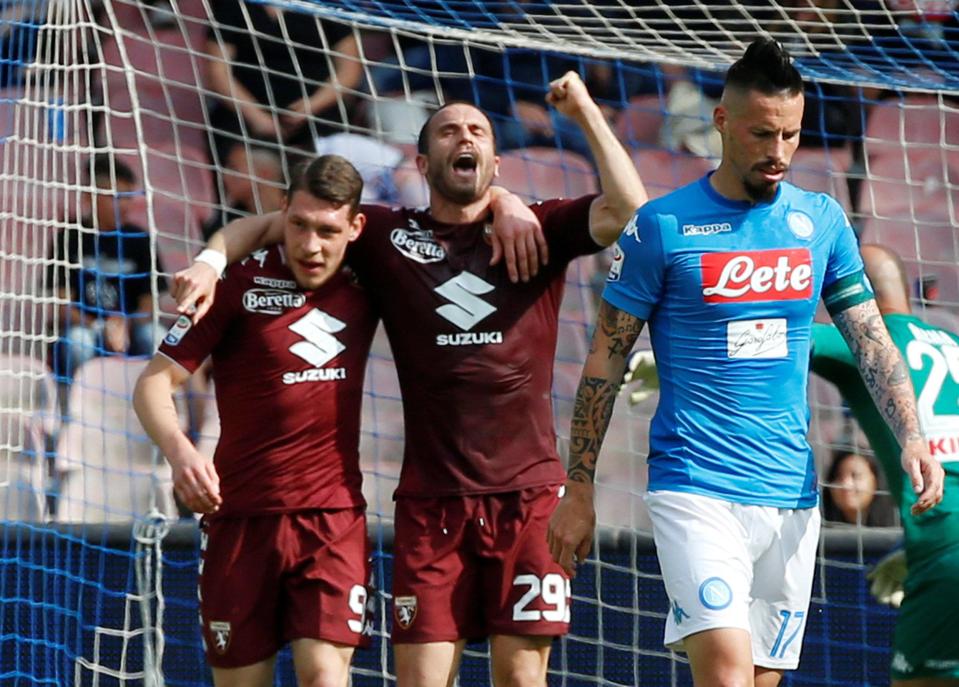 But – with just seven minutes left – Lorenzo De Silvestri popped up to level the score again.

Napoli are now six points behind the Turin side with two matches remaining and Juve have a better goal difference by 16.

Juventus travel to Roma on Wednesday night where they can begin the celebrations.