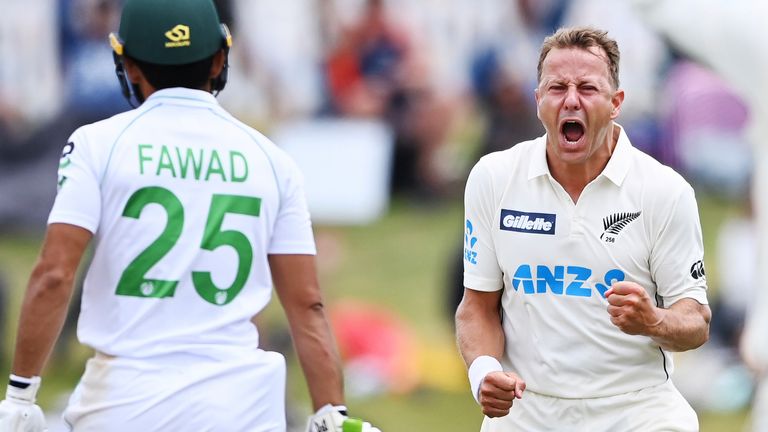 New Zealand’s bowlers took a couple of rain and hail shower delays in their stride and slowly broke down Pakistan’s stubborn resistance to help the hosts take control of the first Test on Monday.

Faheem Ashraf was dismissed for 91, his highest Test score, just before the close of the third day’s play at Bay Oval as Pakistan were bowled out for 239, still 192 runs behind New Zealand’s 431.

The tourists had been facing the prospect of being asked to bat again after captain Mohammad Rizwan was sensationally run out by Mitchell Santner for 71 to end a 107-run partnership with Faheem Ashraf that left them 187-7 with about an hour to play.

Faheem, however, saw them past the follow-on and surpassed his previous highest score of 83 against Ireland before he was dismissed with five minutes left in the day’s play.

The tourists had resumed on 30-1 on Monday and then lost four wickets for 13 runs before Rizwan and Fawad Alam stopped the rot with a cautious partnership of just 28 runs in 17 overs.

Rizwan and Faheem continued that resistance with their partnership across the middle and final sessions, which were disrupted twice by showers that forced players off the field. 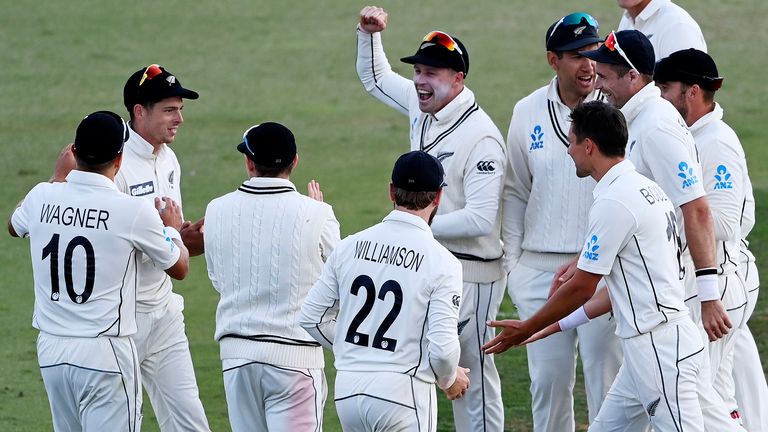 The final delay sapped some of the momentum from New Zealand’s bowlers, who had been as good as their Pakistan counterparts on a pitch that required batsmen to wait until they got a bad ball to put away.

Neil Wagner, despite nursing a broken toe and having to pass a fitness test before play began, managed to dismiss Fawad after lunch and Shaheen Afridi just before the close.