SINCE the arrival of Roman Abramovich in 2003, Chelsea have hardly struggled to attract big name stars.

The Russian has poured millions into his beloved Blues, particularly in his earlier years with the club. 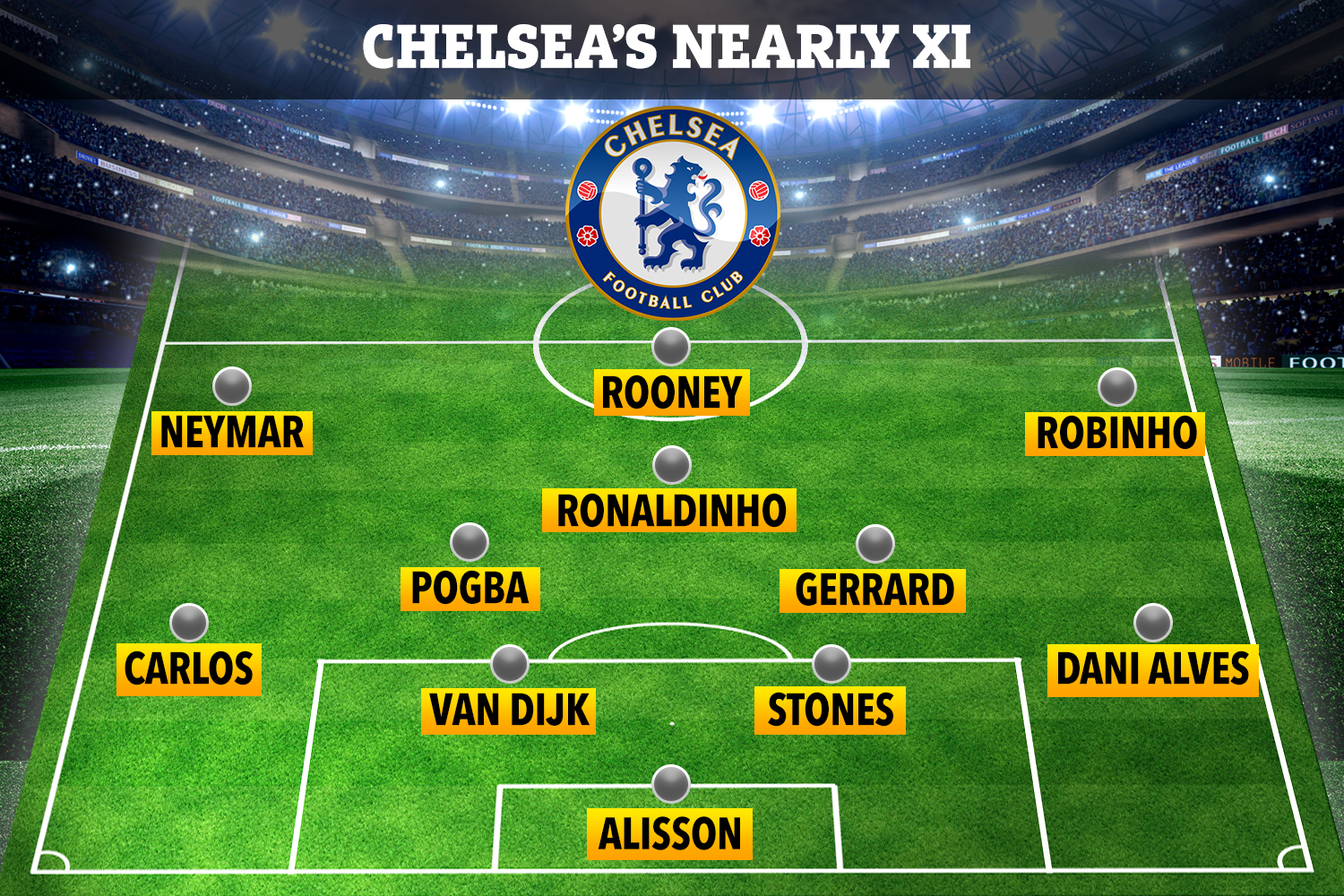 He quickly set his stall out in his first few seasons at the helm by bringing the likes of Arjen Robben, Claude Makelele and Didier Drogba to West London, not to mention highly-rated young Porto coach Jose Mourinho.

And while Chelsea have hardly struggled for trophies in the following years, scooping five league titles, five FA Cups and a crowning Champions League triumph, it is astonishing to think that they could have had even more.

Yes, the Blues were within touching distance of signing a whole host of other superstars, and here is an XI of those that could have brought yet more silverware to the already overflowing Stamford Bridge trophy cabinet.

The Brazilian stopper briefly became the most expensive goalkeeper in history when he signed for Liverpool in July 2018 for £66.8million, but things could have been oh so different.

In Thibaut Courtois, Chelsea thought that they had secured a long-term replacement to their legendary, Champions League winning goalkeeper Petr Cech.

But that summer, the Blues became resigned to losing the lanky Belgian to Real Madrid, and Roma keeper Alisson shot to the top of their wishlist.

As Brazil's incumbent No1, coming off the back of an extremely impressive year with the Italians in which he helped his team to the Champions League semi-finals, Alisson was hot property.

Chelsea were changing their manager and not playing in the Champions League.

But despite Chelsea's best efforts, he opted to move to Anfield instead, later explaining his decision to FourFourTwo magazine.

He said: "I chose Liverpool for the same reasons I went to Roma when I first left Brazil—I thought this would be the best move for my career. Chelsea were changing their manager and not playing in the Champions League.

"I've also always admired Liverpool's history. This is a club with five European Cups in their trophy cabinet. I really wanted to be part of that history."

As it turned out, Alisson didn't hold the title of world's most expensive goalkeeper for very long, with Chelsea scrambling around the very next month to splash £71million on Kepa, for whom, the jury is still out… 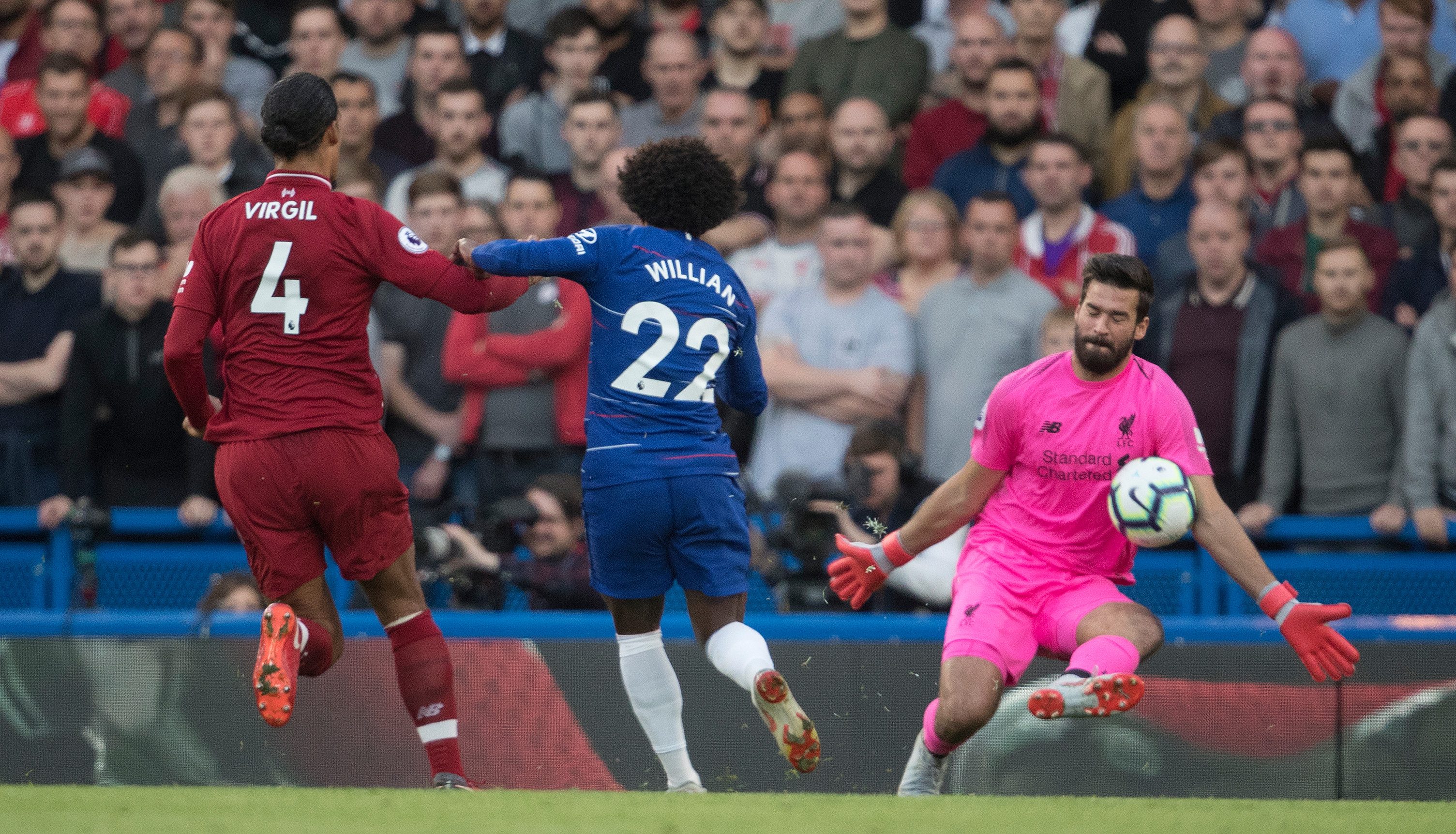 Barcelona and Chelsea formed an intense rivalry after a number of heated Champions League battles between the pair throughout the 2000s and 2010s.

And after joining the Catalan giants in the summer of 2008, Alves became a key cog in these battles, rampaging down the right flank in what has became trademark fashion down the years.

The Brazilian won an astonishing 23 trophies in his time at the Camp Nou, but again things could have been very different, had he gone to Stamford Bridge instead.

I was convinced that I was going to work with him [Mourinho] and form part of his team.

More than a decade later, the now 36-year-old revealed that he had given a move to West London from Sevilla in 2007 the green light.

He told Sky Sports: "I didn't go to Chelsea because of the club, not because of me.

"I thought it was done, that I was going there to work with him [Mourinho]. I don't know if he got different information, that I didn't want to go or whatever, because since then our relationship hasn't been so good, but it wasn't my fault.

"I was convinced that I was going to work with him and form part of his team."