Super Bowl champion and Heisman Trophy winner Joe Theismann discusses the price of going to this year’s NFL championship and the future of Tom Brady’s career.

The NFL star and three-time MVP appeared to be exercising with supermodel wife Gisele Bundchen when he posted the messages to his Instagram story, according to the social media account and the New York Post, which was able to capture some screengrabs of the postings before they expired or were deleted.

TOM BRADY, PATRIOTS HAVE 'NO MOVEMENT' ON CONTRACT TALKS: REPORT

“Go ahead and bet against me,” he wrote in the series of Instagram stories, according to the Post. Brady was wearing a “Gratitude & Determination” shirt from his TB12 clothing line.

Brady’s future has been the subject of widespread speculation as questions swirl about whether the 42-year-old will remain with the six-time Super Bowl champs, or if he’ll move on to another team. Brady's current contract with the Patriots will expire on March 18, when NFL free agency begins.

TOM BRADY MAY HAVE INTERESTED TEAMS COME TO HIM DURING FREE AGENCY: REPORT

“And you think you’ve seen the best of me??” he wrote on Instagram. “I’m grateful for you doubting me and I’m determined to prove you wrong … again.” 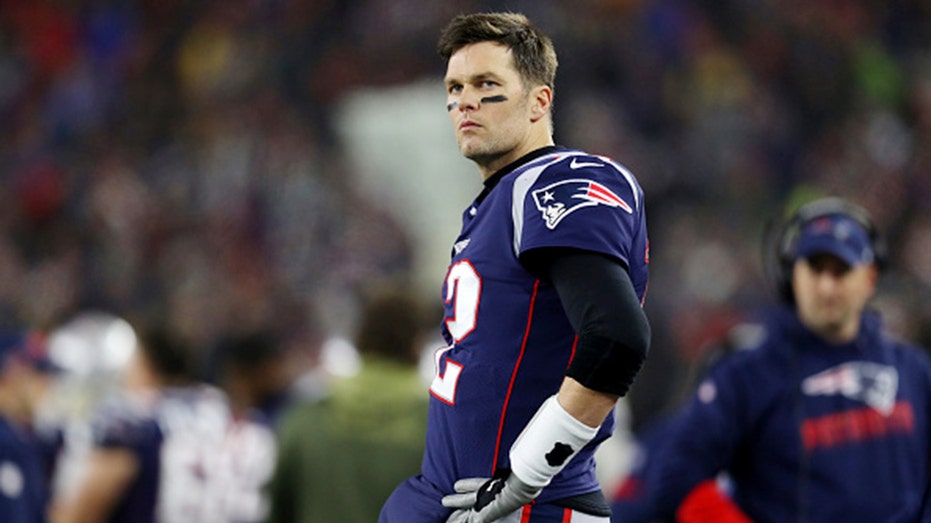 Tom Brady looks on from the sideline during a game against the Tennessee Titans at Gillette Stadium on January 04, 2020. (Photo by Maddie Meyer/Getty Images)

HOW MUCH IS TOM BRADY WORTH?

Brady initially fueled speculation he would be retiring from the sport with an ominous-looking social media post, but quashed those fears during a Super Bowl ad for Hulu, in which he promotes the streaming service and adds: "Me? I'm not going anywhere."