Home » Sport » Number 20: A Cheltenham Festival superstar as famous for the '£50 million fall' as she was for Champion Hurdle heroics

WITH the Cheltenham Festival now 20 days away, the Sun Racing team will be bringing you their 'Festival 50' every day between now and 10 March.

We will salute the Prestbury Park heroes that made us fall in love with the Festival, all the way until the 'Cheltenham roar' signals that the wait is finally over. 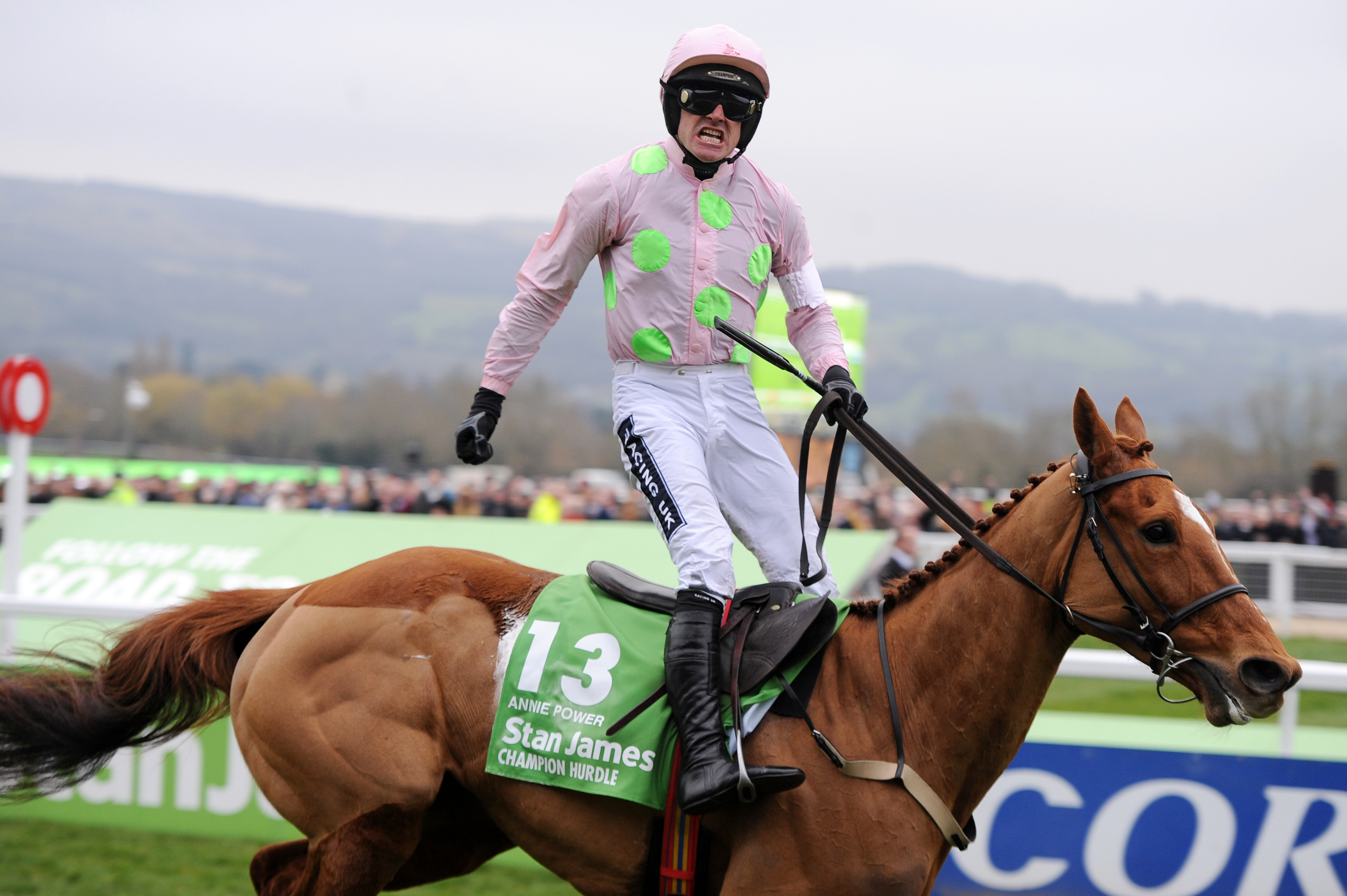 Some horses transcend the sport.

This modern day legend was one of those. Mention Annie Power to your mates, and they'll know who you are talking about.

Not many horses still have that power. But this wonder mare brought Prestbury Park to a standstill on two occasions culminating in a Champion Hurdle win for the ages in 2016.

She'd only visit the Festival on the three occasions, but you could not sum up the highs and lows of Cheltenham any better than with those three breathtaking races.

Her Festival story began in 2014 when she rolled into Gloucestershire unbeaten in ten starts. She had been breathtaking in bumpers and hurdles, winning three Grade 1s and beating up the boys for fun.

But with stablemate Hurricane Fly flying the Mullins flag solo in the Champion Hurdle, Annie was re-routed to the World Hurdle.

Punters were not worried about her stamina as she tried three miles for the first time. She was a warm prospect in the betting, sent off the 11-8 jolly despite the miracle horse Big Buck's presence.

But it was not Big Buck's that inflicted her first defeat, but the admirable More Of That who clearly relished the trip compared to Annie Power.

After a Grade 1 rout at Punchestown when sent off 1-6, Annie Power would not be seen again until the infamous 2015 Mares' Hurdle at the Festival.

The race would go down in racing folklore in a matter of seconds. It would cost punters millions of pounds and left bookmakers – already clinging on by the edge of their pants – to fight another day.

Willie Mullins had dominated the opening day of the Festival. Douvan had won the Supreme, Un De Sceaux the Arkle and Faugheen the Champion Hurdle.

All that was left was for the mighty mare to win her race. £50 million supposedly rode on Annie Power with Ladbrokes as she went off at 1-2 in the Mares' Hurdle.

We all know what happened.

Cruising clear under Ruby Walsh the noise was deafening. It was set to be one of the most remarkable days of racing ever at the Festival.

Then she fell. Perhaps it still was one of the most remarkable days.

A hush like you wouldn't believe descended on the packed grandstand.

Don't miss out on all the best of Sun Racing

Ruby, the horse and of course Mullins would live to fight another day. But it was some moment. Labelled the 'most expensive fall' in National Hunt history.

Glens Melody won, by the way.

The next season was all about redemption. She was not seen until a 1-20 warm-up at Punchestown just shy of three weeks before the Festival.

Willie Mullins bingo was in full on action and she was given entries in the World Hurdle and the Mares' for good measure.

But it wasn't to be. Faugheen and Arctic Fire picked up injuries and she was seen as the super-sub to fill the Champion Hurdle void at Closutton. If you could have written a script…

It cost £20,000 to supplement her, but what would happen next was truly priceless.

She set off under Ruby and never saw a rival. There's no doubt Ruby saw the final hurdle though, the pair approached it and you could hear a pin drop.

They jumped it as clean as a whistle and she had done it. Cheltenham erupted.

Annie Power was truly a modern day great. The ups and downs of the Festival could not apply to any horse as they do to her.

She was retired the next season, but there was no way of adding to her story. It was already complete.