Despite winning just one of his 13 matches since replacing Mark Hughes in January, Lambert has impressed Stoke chairman Peter Coates by instilling a more disciplined approach on and off the pitch. 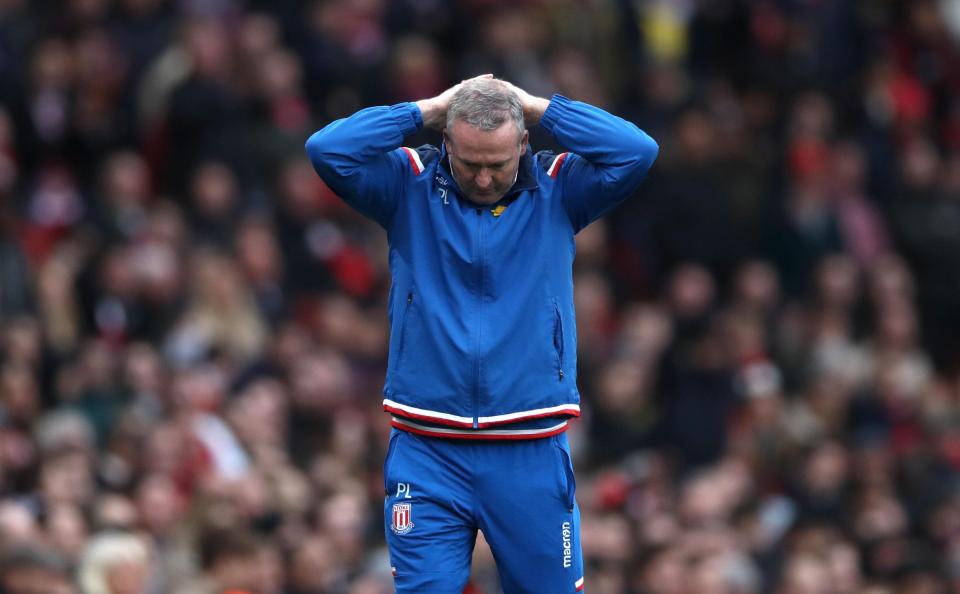 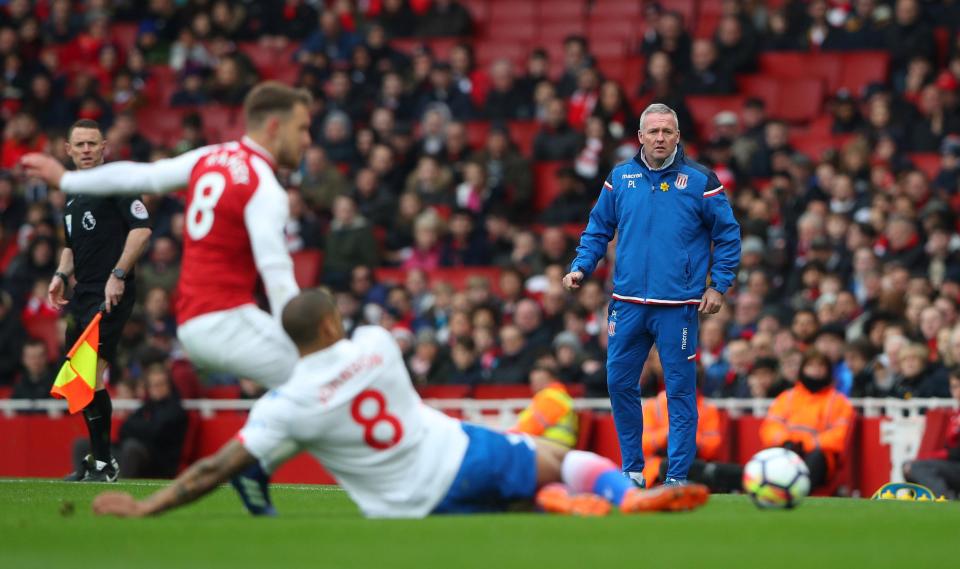 However Coates believes Lambo was dealt a dreadful hand as Stoke failed to land a proven striker in the January window and says he has no plans to terminate the two-and-a-half year deal he handed the 48-year-old three months ago.

The 80-year-old Potters’ chief said: “Paul is under contract and there are no plans to change. 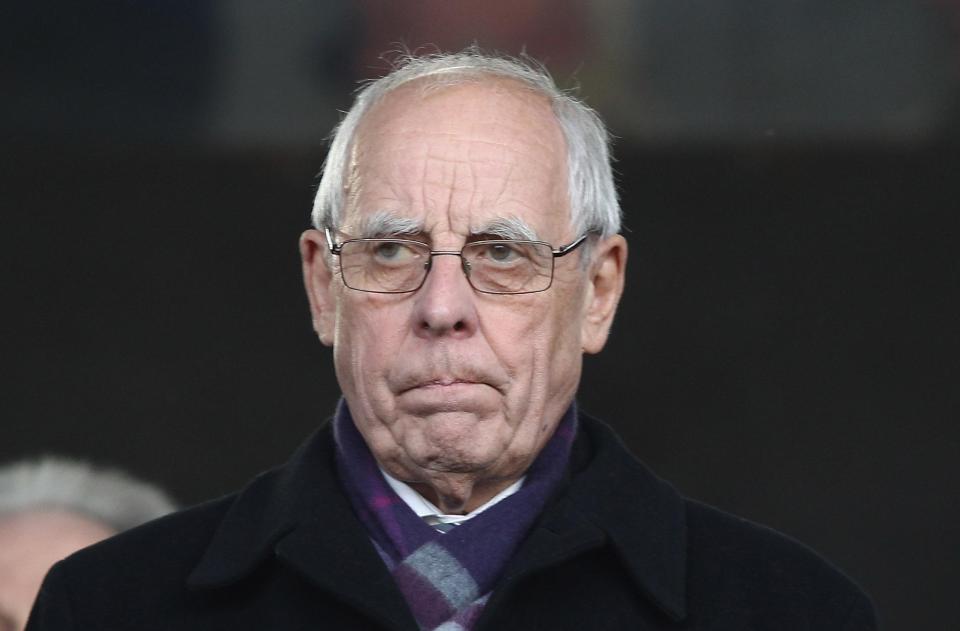 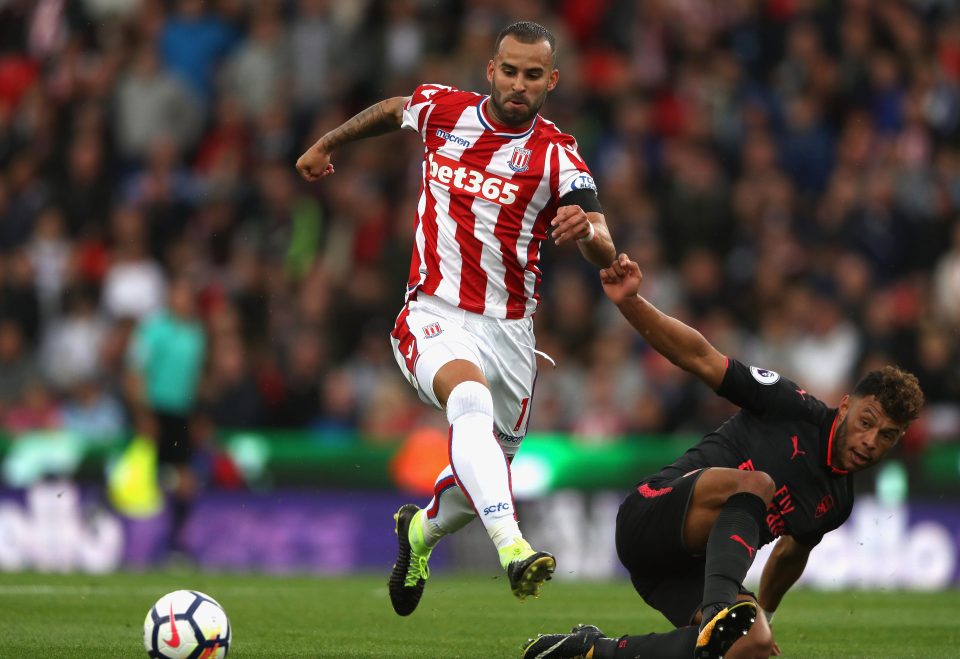 “Good strikers who will make a difference are not easy to find, as anyone in football will tell you.

“We tried to sign Daniel Sturridge from Liverpool for example but he preferred West Bromwich Albion because he wanted to move to that area. We tried for Danny Ings, but once they let Sturridge go they wouldn’t let him go.”

Coates laid the blame for the club’s disastrous signings on axed boss Mark Hughes, rather than Stoke’s recruitment team, led by Mark Cartwright.

Record £18.3million signing Gianni Imbula failed to settle after his move from Porto and is now on loan at Toulose. Kevin Wimmer was a disastrous defensive signing from Spurs and has yet to play for Lambert.

Meanwhile Stoke splashed out an eye-watering £12million on West Brom bad boy Berahino who has now gone two years without a goal and has never scored for Stoke, while Paris St Germain’s Jese is another flop who has only scored once this season. 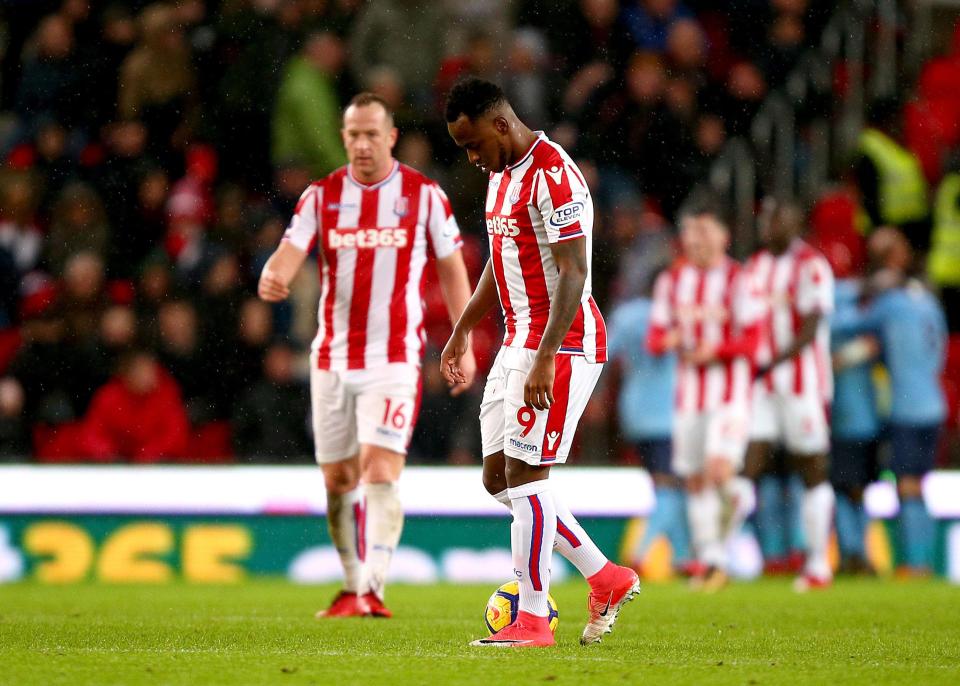 Coates told local paper, the Stoke Sentinel: “We are satisfied with the systems we’ve got. Processes don’t stop you making mistakes, that’s a matter of judgement.

“Ultimately, the manager decides. He’s fed lots of information and we don’t skimp on information. But every manager makes mistakes, and always will, including Arsene Wenger and Sir Alex Ferguson.

“If we do get relegated, and it is still an if at the moment, we will only have one focus and that is getting straight back. It is a big challenge, but we are up for it. 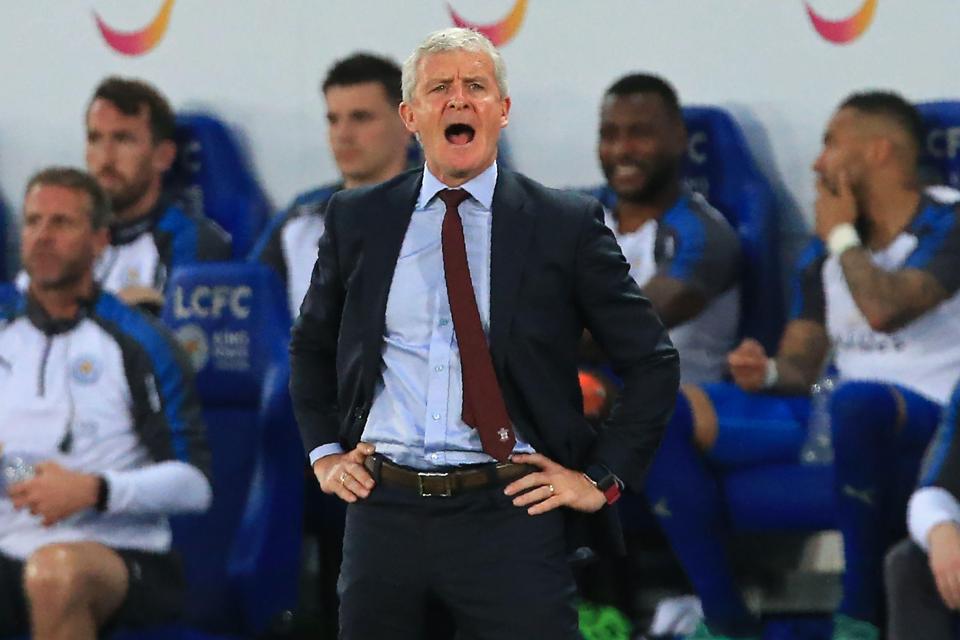 “We’ve had 10 years in the Premier League, which is impressive by any standards, and I’ve said many a time that any team outside the big ones can have a bad season.

“At the moment, West Brom, Southampton and ourselves are all candidates to do down and who would have forecast that at the start of the season?

“But we won’t make excuses. If you end up in the bottom three, that is where you deserve to be.”