The Gabonese star signed a bumper new three-year contract at the Emirates yesterday. 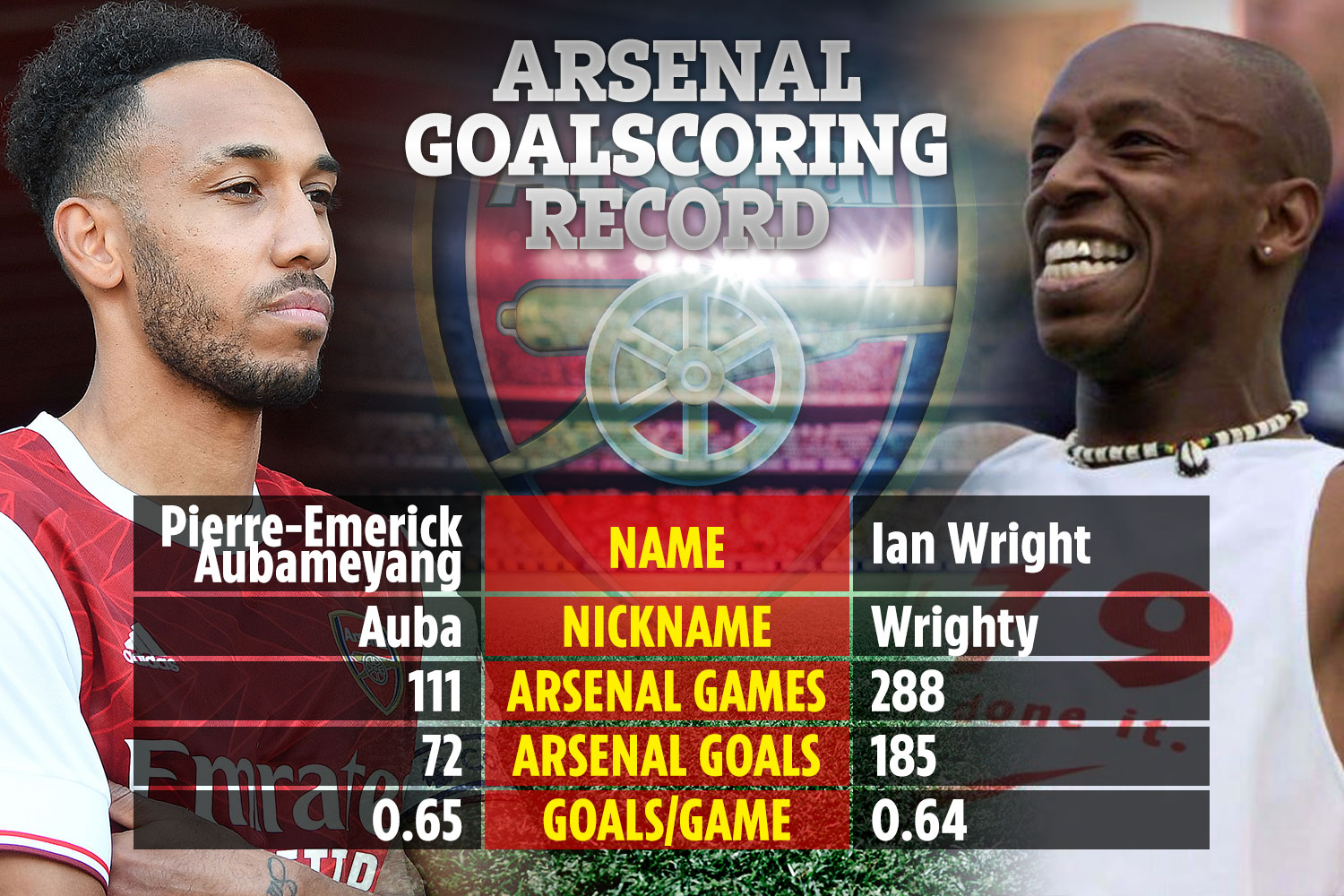 And if he keeps banging them in at the same rate he could leapfrog Wright in Arsenal's all-time top scorer chart.

The charismatic goal machine bagged 185 goals for the Gunners in the 288 games he played in red and white.

He sits second behind one of the North Londoners' greatest ever players – Thierry Henry who netted a staggering 228 goals in 377 appearances.

Wright's record gave him a total goals-per-game (GPG) ratio of 0.64.

The former Borussia Dortmund striker played 44 times for the Gunners last season and 51 the campaign before – averaging out at slightly less than 48 games-per-season.

And if the 31-year-old can keep that up until 2023 when his new contract expires that will see him add an extra 144 games to his tally.

And while that is still 22 goals short of Wright's total, if Aubameyang maintained such scintillating form for the next three years, the Gunners would surely extend his deal again.

He would be 33 at that stage and as Cristiano Ronaldo, 35, is proving at Juventus, superstar goalscorers can carry on well into their mid-30s.

Wright made Arsenal fans ecstatic yesterday when the 56-year-old told Aubameyang "I love you" after news of his new contract was announced.

And the North Londoners are still looking to splash the cash after tying Aubameyang down to a new deal.