Injury-hit Penrith climbed to second on the NRL ladder with a gritty, grinding 29-18 win against Newcastle at McDonald Jones Stadium on Friday night. 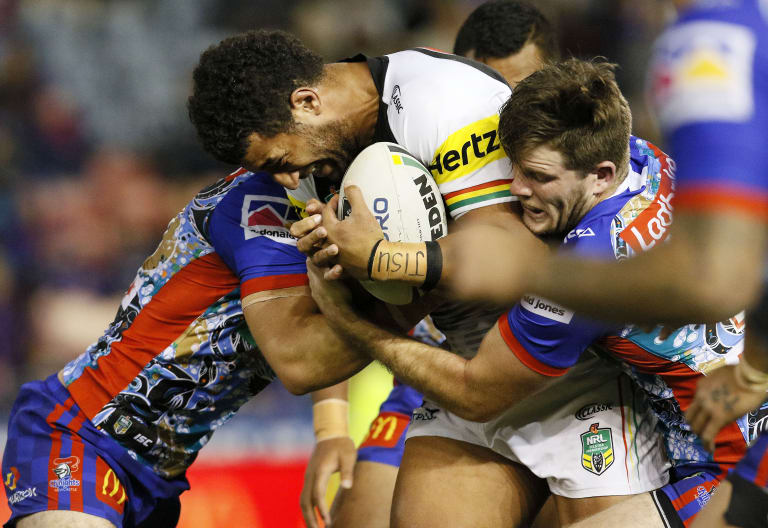 For the Knights, it was their second successive loss at home after last week’s 36-18 defeat by South Sydney and left them 10th.

Inspired by prop Trent Merrin, who played just a week after surgery to repair a dislocated finger, the Panthers bounced back from last Friday’s loss to North Queensland in Bathurst.

After the Panthers raced to a 12-0 advantage through tries by prop Reagan Campbell-Gillard and Tyrone Peachey in the opening 16 minutes, Watson reduced the deficit when he scored from a Mitch Barnett offload in the 20th minute.

But Watson went from hero to villain in the space of 10 minutes.

Daniel Saifiti crashed over to touch down after a Brock Lamb pass in the 30th minute, only for a no-try decision after the video referee ruled Watson interfered with Penrith marker Tyrone Phillips.

The ball was regathered by Peachey, who turned scrambling defence into attack, evading a number of tackles before linking with fullback Dallin Watene-Zelezniak, who scored out wide.

Newcastle capitalised on a glut of possession early in the second half to claw their way back into the contest.

Ken Sio’s conversion made it a six-point ball game, but the Knights lost possession in the ensuing set of six, and Maloney popped a field goal from right in front of the posts.

A Corey Harawira-Naera try from a James Maloney chip kick in the 71st minute left the Knights facing an impossible task.