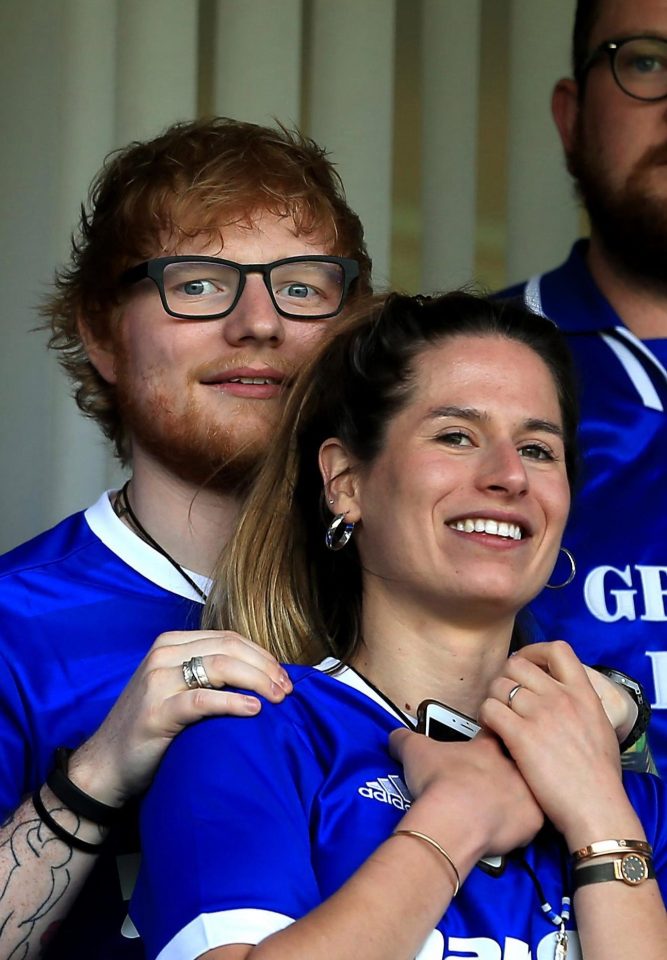 Sheeran is used to playing gigs in front of thousands of starstruck fans in some of the world's most flashy venues.

But the 27-year-old was spotted in a box at Portman Road as Ipswich Town took on Aston Villa in a huge Champion show-down.

The singer-songwriter, who even dug out his Ipswich shirt for the occasion, was with his fiance Cherry Seaborn.

John, who has sold more than 300 million records, was spotted lapping up the sunshine at Vicarage Road for the Premier League's afternoon kick-off. 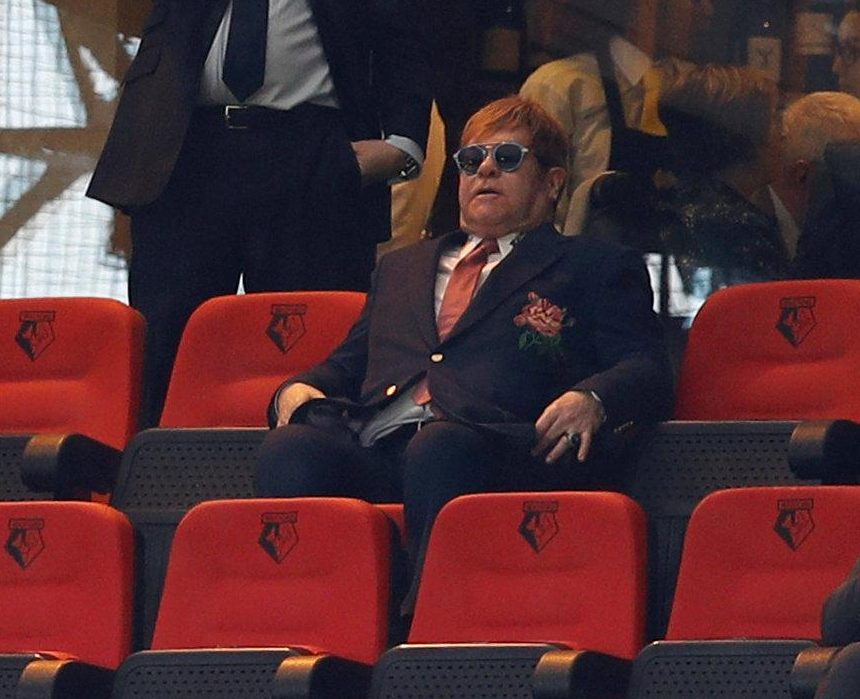 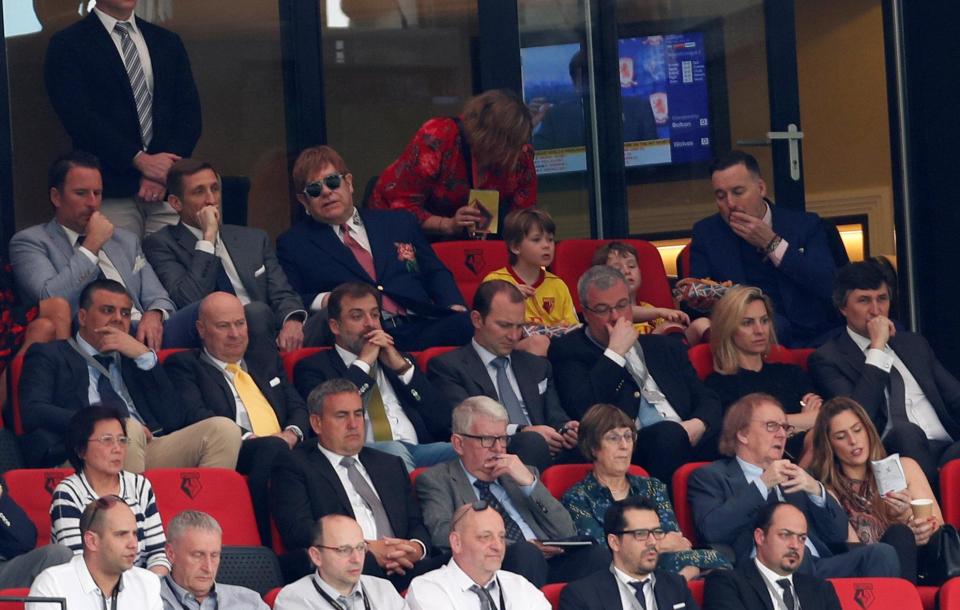 The 71-year-old, who was looking dapper in a navy suit with a red tie, was with Canadian filmmaker David Furnish.

Katona was photographed at Adams Park ahead of Wycombe Wanderer's League Two showdown with Accrington Stanley.

The former Atomic Kitten singer was checking out the stadium ahead of her appearance at the Sellebrity charity match.

She has been confirmed as a manager for one of the two teams that will be taking part of next month's game. 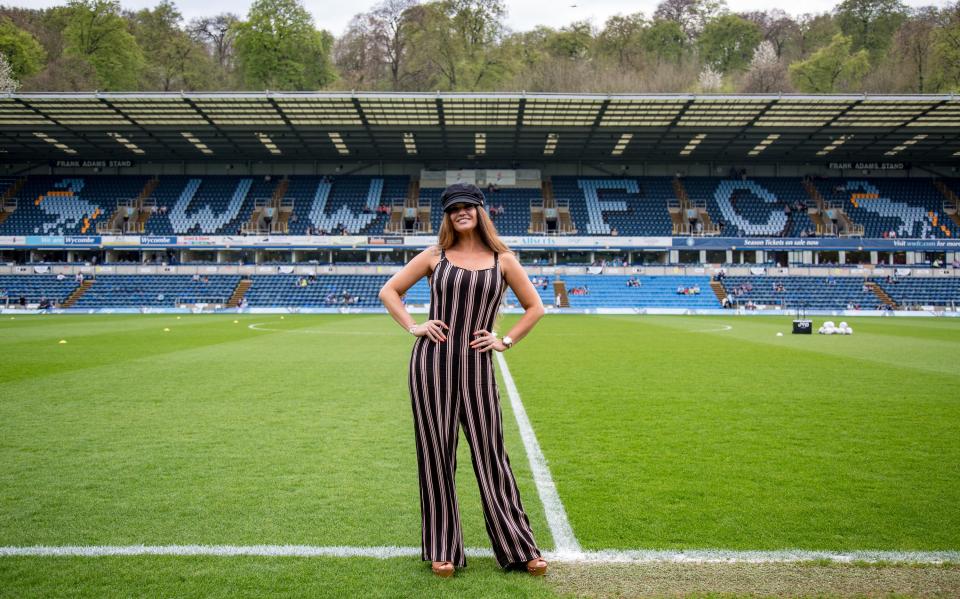 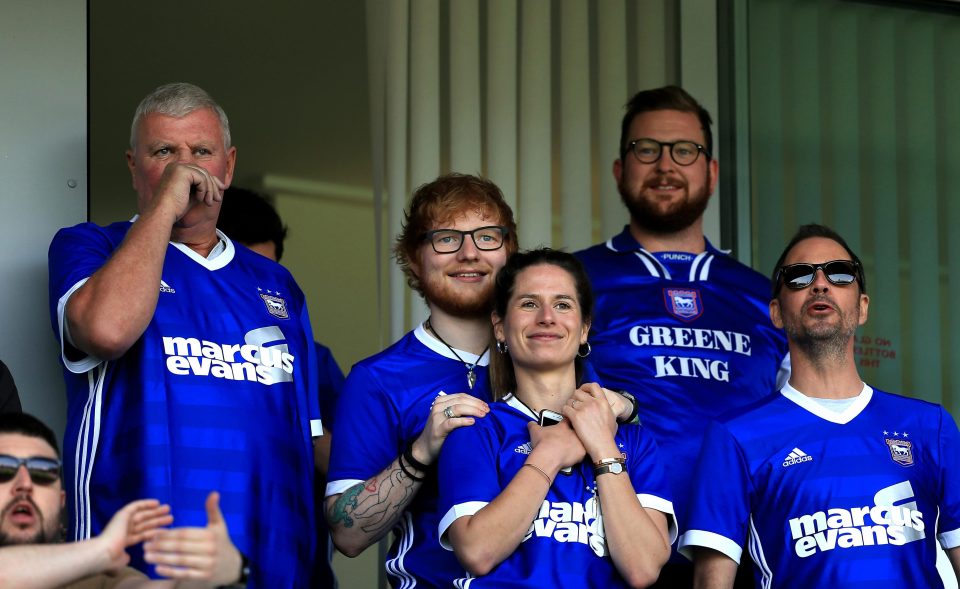 Katona posed for a photograph on the pitch before the players arrived and took a selfie at Adams Park. 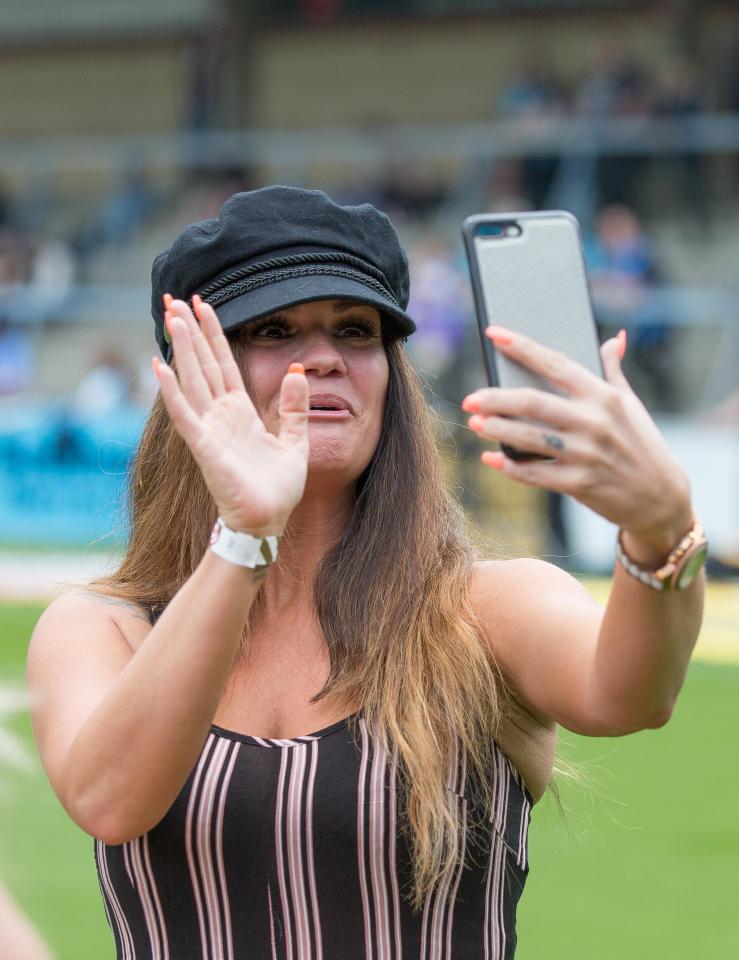 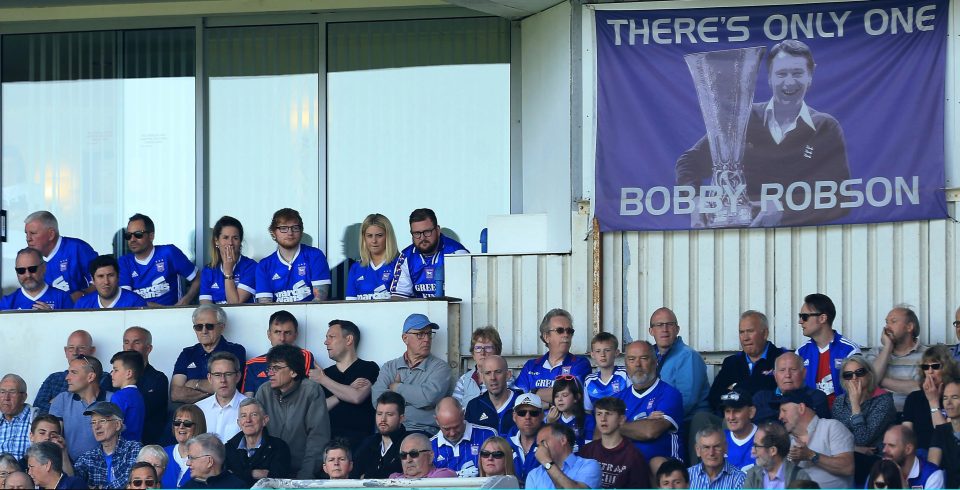