Begley has been ruled out for the rest of the year after tearing his ACL against Collingwood on Wednesday, while Hartlett is awaiting scans to determine the extent of his injury which was sustained during a training drill on Thursday. 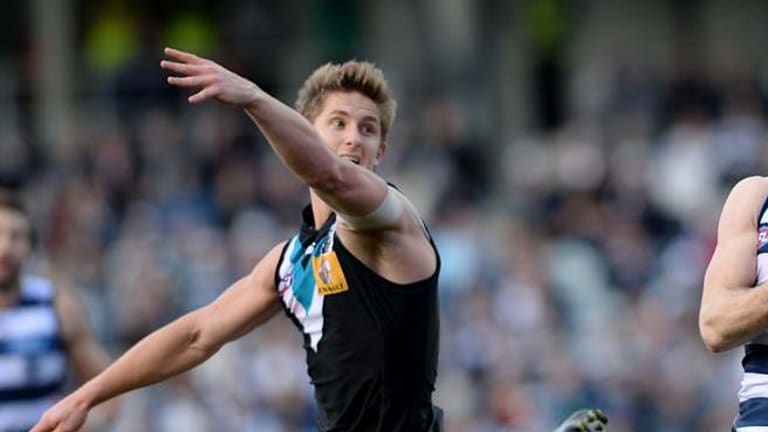 Port Adelaide football manager Chris Davies described the manner in which Hartlett hurt himself as “innocuous”.

“This is obviously a terrible blow for Hamish and the football club,” Davies said.

“Hamish had started the season well and we saw last weekend what a courageous and skilful player he is.

“It was an innocuous incident that caused the injury. He went to change direction and his leg gave way beneath him.

“We fear Hamish won’t be back on the field for some time but no doubt he’ll continue to contribute as a leader of our football club.”

Unlike Hartlett, Begley already knows that his 2018 campaign is done and dusted.

“He has made a really promising start to his career, including playing every game this season,” Richardson said.

“Importantly, he has great support around him, he is a terrific young man and we are confident he will make a full recovery following a successful rehabilitation program.”