The Canberra Raiders want their off-contract stars to decide on their future in the next week so they can finalise their playing roster for 2019 and beyond.

Nine of their starting 17 to face the North Queensland Cowboys are off-contract at the end of the season, but the Green Machine have tabled offers to most if not all of them.

Josh Papalii, Blake Austin, Aidan Sezer, Shannon Boyd and Sia Soliola are among those facing decisions on their future, as is prop Junior Paulo – although it's believed he's already accepted a four-year deal with Parramatta worth almost $3 million. 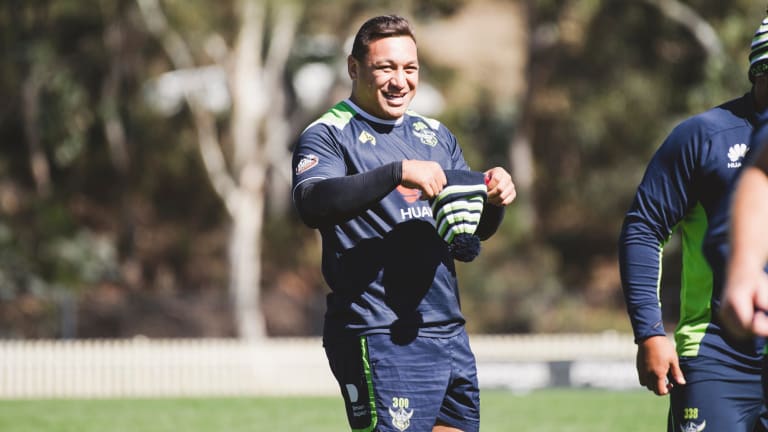 Stuart said while it wasn't a strict deadline, they'd asked for an answer to all contract offers within the next week so that they can get all the pieces in place for 2019.

"We're not putting deadlines there. We're asking managers for some of the players for an answer and if the player stays they stay, if they go they go, that's fine, we just need a direction," he said.

"We need a response in a week or so, but there's no strict deadline … but we certainly need an answer on a number of players very soon.

"There's a number of players that are happy and we know are going to agree, it's just a matter of balancing our cap.

"But some other players, I'm very, very comfortable whether they're staying in the system or leaving and doing the best thing they can for themselves, that's a part of the business.

"But from the club point of view I need to have a direction, which we have – there's always plan Bs – so we know we're still building our roster for '19."

As revealed by Fairfax Media on Thursday, the Raiders haven't introduced a two-year cap on contracts with Stuart re-confirming no such limit was in place.

He pointed to the imminent re-signing of one player on a three-year deal, while also set to lure a player from another NRL club on the same length deal.

Stuart didn't want to reveal who those players were, but it's believed Papalii has been offered a three-year extension – albeit on a reduced amount to his current deal.

It's believed South Sydney, Gold Coast and Newcastle are also interested in Papalii, but again on less money than his current Canberra deal.

"That's incorrect [the two-year contract cap]. We offer contracts or extensions under no obligation to it only being two years," Stuart said.

"Hopefully you'll find out [who] over the coming weeks."

The Raiders travelled to Townsville on Thursday and will have their captain's run in the North Queensland heat and humidity on Friday. 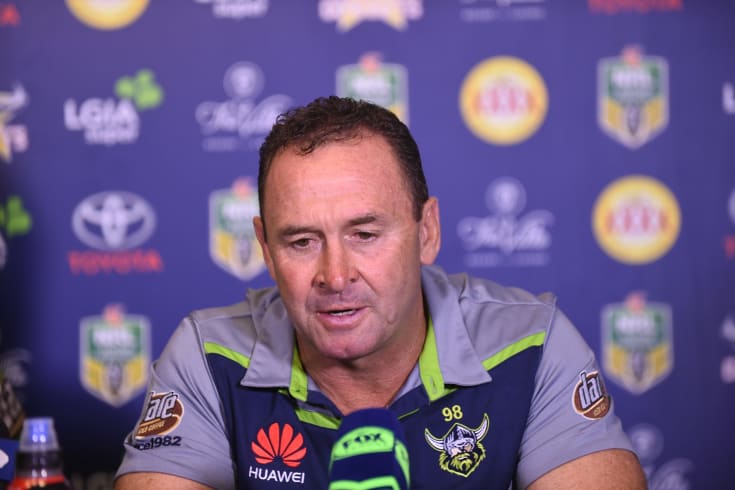 While Stuart said it wasn't enough to help them acclimatise, he hoped it would help.

Prop Liam Knight and outside back Michael Outfield have travelled as cover for the 17.

Stuart said his players just had to tough it out with the conditions.

"There's little things we've done this week in regards to our training – what we're wearing and how we're training, and some of our dietary and hydration commitments have to be spot on," he said.

"You do everything you possibly can, but at the end of the day you've just got to be tough, you've got to handle those conditions.

"We've done it before and to be quite fair they've got to come down here under tough conditions as well during the season. It cancels each other out."