PATRICE EVRA and Gary Neville have laid into Marcus Rashford for his performance during United's 1-1 draw against West Ham. 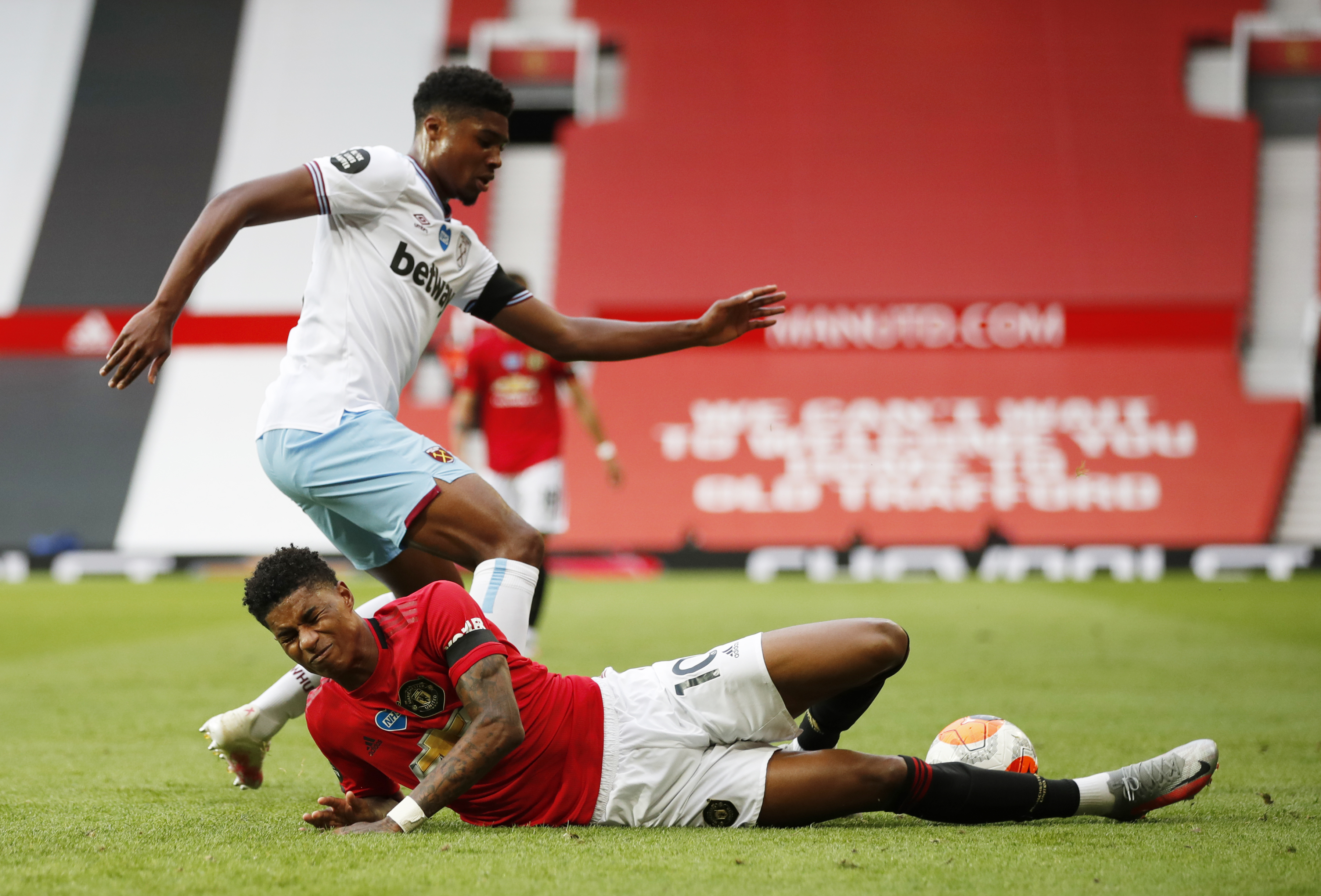 Old Trafford now need just a draw at the Foxes to qualify for the Champions League but will need to play a lot better after Mason Greenwood got the team, and Paul Pogba, out of jail.

The Frenchman farcically handballed a Declan Rice free kick in the area on the stroke of half time, which Michail Antonio cooly converted.

Greenwood fired back a powerful strike directly under Lukasz Fabianski to earn a crucial point.

But it was Rashford who came under fire after the game for his lacklustre display.

Evra said: "I knew it would be a tough game for United but I'm disappointed with some of the performances.

"There have been some harsh words about Pogba and the penalty incident but I've not seen any harsh words yet about Rashford.

"He had a really poor game today. But West Ham deserve a lot of credit."

The England striker has failed to find the net in United's last two games and Old Trafford icon Neville has questioned his fitness.

During the match, Neville said: "Marcus Rashford has had a terrible 15 minutes. In terms of fitness too.

"Manchester United had been resting players ahead of the FA Cup semi-final but it doesn’t seem to have benefited them tonight. Ole Gunnar Solskjaer has gone back to his favoured 11.

"They’re just not having the best of nights. Physically they just don’t look anywhere near it.

"Manchester United really have dropped off and with that the quality has dropped off."

The Red Devils icon also blasted Paul Pogba for his "embarrassing" handball that led to a Hammers goal.

The £89million midfielder appeared to pretend that Declan Rice's free-kick clattered into his face.

Neville said: "He's in big, big trouble Paul Pogba. He's given away a penalty and pretended it's hit his head. It's rubbish from him. Embarrassing.

"Forget the fact that it's an appalling lack of discipline from Paul Pogba, in terms of giving the penalty away.

"There is no case for him putting has arms up at all.

"He can duck out of the way if he wants, but he can't put his arms up. It's caused Man Utd a very big problem."