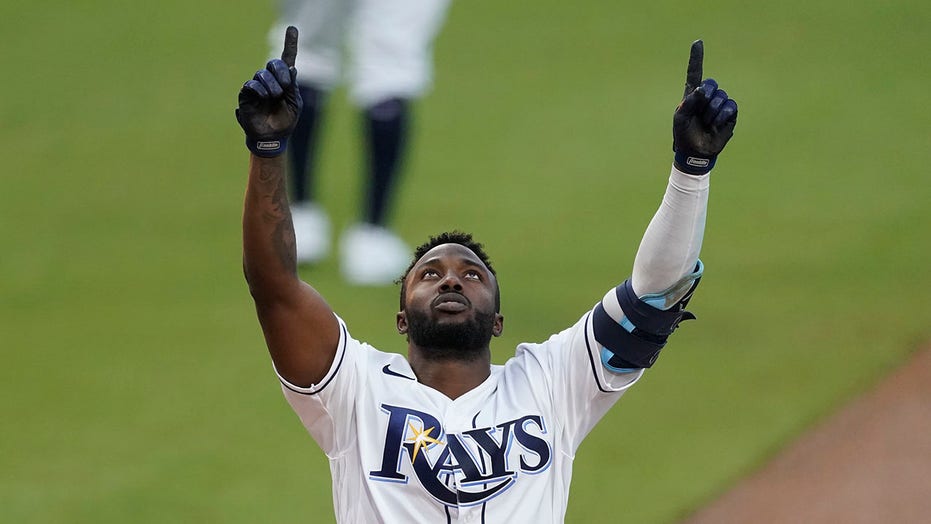 Tampa Bay Rays outfielder Randy Arozarena has been the hottest hitter in the postseason and his home runs and hit totals are near legend status as a rookie.

Arozarena already set the rookie record for most home runs in a postseason but is on the verge of breaking another mark after his 1-for-3 night against the Los Angeles Dodgers in Game 2 of the World Series. Arozarena now has 22 hits, which ties Derek Jeter’s 1996 mark for most hits by a rookie, according to USA Today. Pablo Sandoval has the most hits in a single postseason overall with 26.

Arozarena may have had the benefit of the extended playoffs behind him. He’s at the mark in 16 games while Jeter made his mark in 15 games. MLB extended the playoffs because of the pandemic-shortened season.

The Rays are still in pursuit of their first World Series title. They tied the series Wednesday night with a 6-4 victory over Los Angeles.

Brandon Lowe had two home runs and the rest of the Rays pitchers finished the game out.

WORLD SERIES HISTORY: DODGERS ARE LOOKING FOR TITLE NO. 7, WHILE THE RAYS HOPE FOR THEIR FIRST

Nick Anderson, Peter Fairbanks, Aaron Loup and Diego Castillo would be used to close out the rest of the game, though the Dodgers tried to make it interesting. Corey Seager hit a solo home run to deep center off of Fairbanks to cut the Rays' lead to two runs. It was his seventh home run of the postseason.