A rocky road, but Gilbert gets to 200

Sam Gilbert isn’t ready to reflect. There was a time he didn’t think he’d make it to 200 games, but now that he is almost there, the hope of good things still to come at St Kilda keeps him going.

His career hasn't followed a classic trajectory. He’s not a particularly decorated player, but it is easy to forget how good he was in St Kilda’s grand final seasons of 2009 and 2010, with an All-Australian squad nomination and third placing in the Saints’ best and fairest to his name across those memorable years. 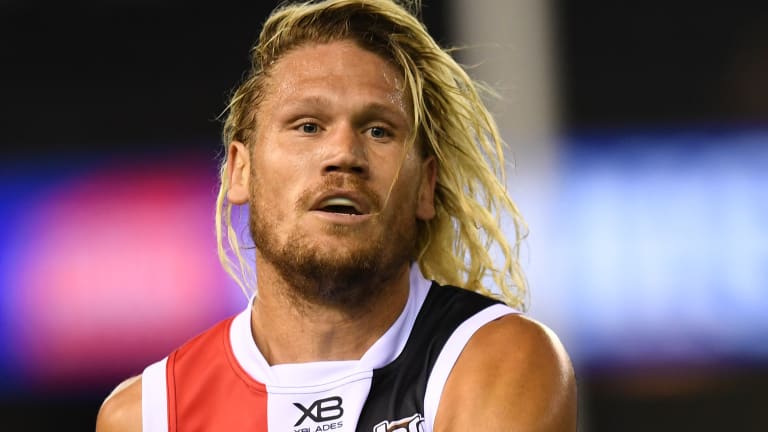 But he has never quite reached those same heights again. Injuries ruined what could have been his prime football years between 2013 and 2015, and his own form in some way mirrored that of the Saints as they fell down the ladder, and began a rebuild which has, at least for now, stagnated.

But there are reasons Gilbert has lasted. His versatility is one. Most of his career has been played as a defender, but he has provided nuisance value up forward and even pinch-hit in the ruck last year.

His reputation took a hit in the wake of the nude photo scandal of late 2010, but it is a mark of the man that his biggest off-field legacy might ultimately lie elsewhere. Having suffered dyslexia growing up, Gilbert knew the feeling of being an outsider over something that he couldn’t control. It stirred in the Queenslander a need to contribute to the LGBTQI equality cause, and that he has. St Kilda pioneered the now-annual AFL pride game, and Gilbert has been their frontman.

“I feel very lucky to be able to call him a friend.” groundbreaking gay footballer Jason Ball said of Gilbert, whose wife Georgie is expecting the couple's first child.

“[He] gave permission to other people in the community to know that saying no to homophobia doesn’t make you less of a man, it means that you’re a good bloke.

“Sam was willing to put his neck out at a time when most in the AFL weren’t. And I think that should be commended. I think the LGBTIQ community owe him a great deal of gratitude.”

Former Saints defender Jason Blake, a longtime teammate and a man Gilbert nominates as one of his biggest influences in football, said it was typical of Gilbert’s character that he would throw his weight behind the cause.

Blake looks back at that difficult period at the end of 2010 and said Gilbert deserves praise for the way he handled himself.

"He took it on board and to his credit he persevered through those challenges.

“It’s certainly something that while it’s occurred, he can certainly hold his head high and be proud of the way he faced that.” 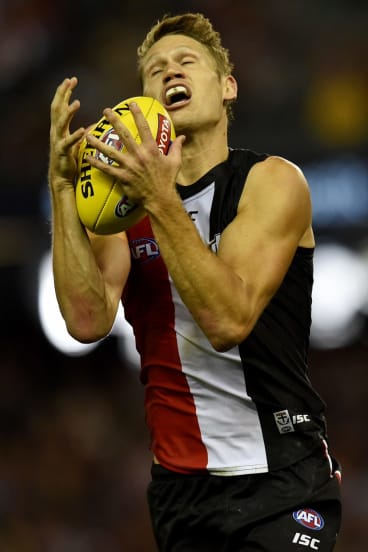 Sam Gilbert marks for the Saints.

The challenges didn’t end there. Gilbert, whose grandfather and great-grandfather both played rugby league for St George, himself came from a league background. While brilliant at taking the game on and tackling, his kicking will probably always be a bit of a point of derision among Saints fans.

“He’s certainly persevered through a lot of adversity,” Blake said.

“[He's had] injuries, he’s had to fight for his spot, and it’s certainly a credit to his character the way he’s gone about it.

Even as the oldest player on St Kilda’s list this year a senior game wasn’t going to come easy as coach Alan Richardson waited until round four to include Gilbert in his side.

“He wanted to see me play my best football, and to do that I was required to play in the VFL which is totally fine,” Gilbert, 31, said.

Then last week there were a series of slips on Etihad Stadium. “A few boys have offered to buy me new boots,” he joked.

But barring any last-minute stumble, on Saturday night in Launceston against Hawthorn Gilbert will become the 30th man to represent the Saints 200 times.

“It means a lot. Something I’d always had aspirations for," Gilbert said.

“I’m just lucky that the club stuck with me.”