ROSS BARKLEY signed for Aston Villa aiming to be part of the England squad for the Euros next summer.

Barkley, 26, has moved to Villa on loan for the season, having seen his chances of regular first-team football at Chelsea blocked by their summer spending spree. 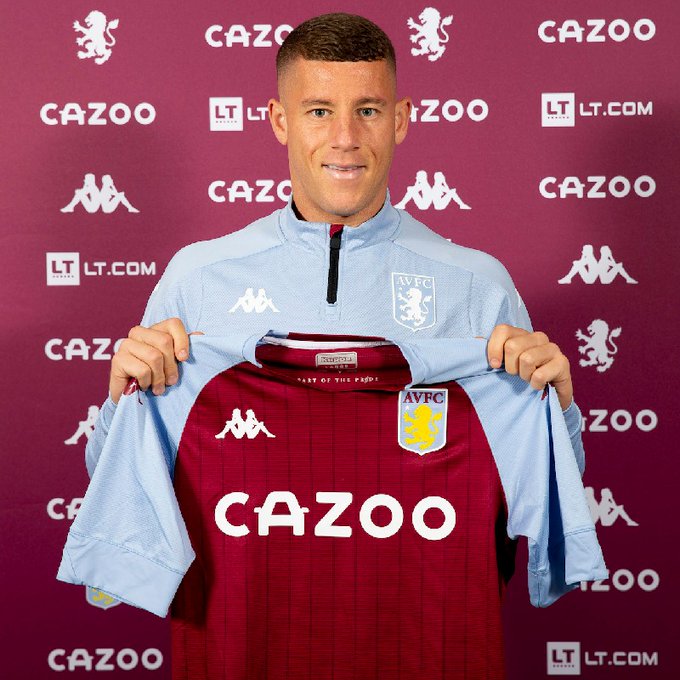 The arrival of Kai Havertz and Hakim Ziyech threatened to leave the ace out of Blues boss Frank Lampard’s plans — with the postponed Euros looming.

Midfielder Barkley said: “The last couple of years I’ve been stop-start, performing well and then being out of the team. To come here and have the chance to play  regularly is a big thing for me. The Euros at the end of season is a big target, hopefully I can be there.

“Dean Smith swayed me with the way he spoke to me,  it looks like it’s going to be an exciting season.”

Having made just 28 starts in the Premier League since moving to Chelsea in January 2018, the playmaker now needs a run of games.

Gareth Southgate, who today names his England squad to face Wales, Belgium and Denmark, has been a consistent fan of Barkley’s ability during his time in charge.

But the Three Lions boss warned stars they need to be figuring regularly for their clubs if they want to stay in his plans.

Southgate will name either 25 or 26 players for the friendly against Wales next Thursday, followed by the home Nations League games with Belgium and Denmark.

He is set to once again use a three-man defence in at least one of the matches.

Phil Foden and Mason Greenwood will not be included after being sent home for breaking Covid-19 protocol by inviting girls to the team hotel last time.

Marcus Rashford, Ben Chilwell, James Maddison and Jordan Henderson — all not fit enough for the last squad — are set to make a comeback.

One player on Southgate’s radar is Harvey Barnes — and he was at the Etihad on Sunday to watch the Leicester midfielder impress against Manchester City.

Everton’s Dominic Calvert-Lewin has also starred with five goals this season and has a chance.

Burnley keeper Nick Pope has been promised that he will play in at least one of the games.