Superfan Stephen Atkinson, penned a cheeky letter to the man who will lead Europe in Paris this October. 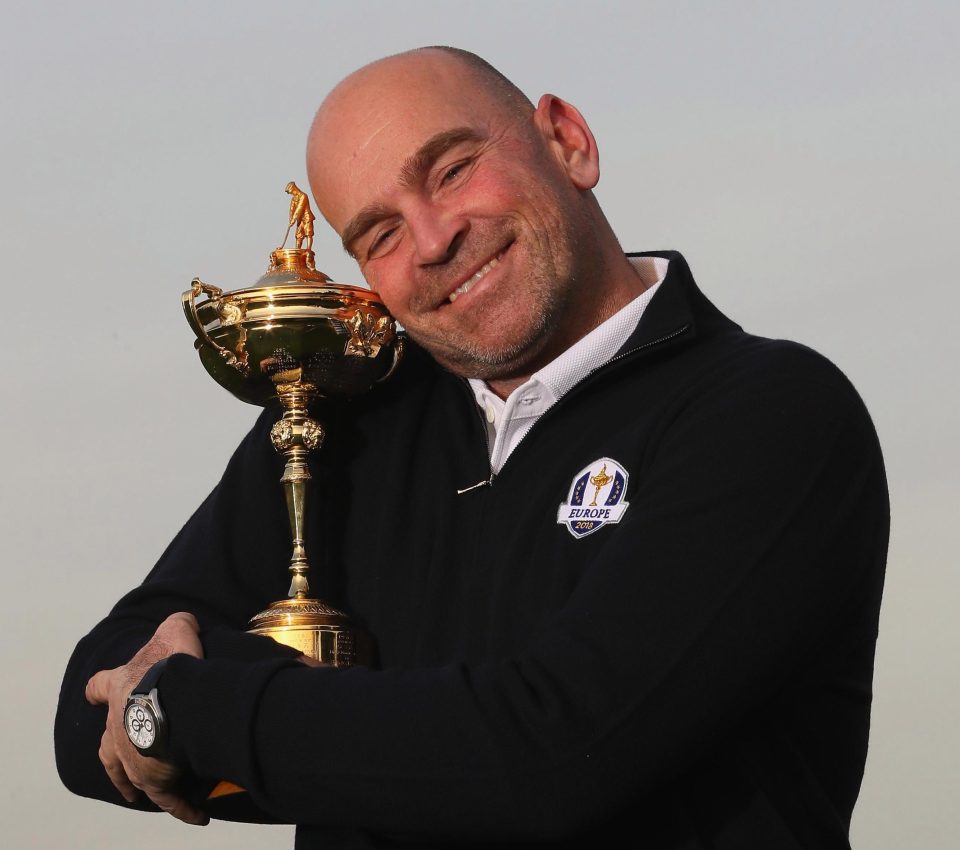 Bjorn is the skipper of the European team, who will bid to reclaim the Ryder Cup trophy they lost at Hazeltine in 2016 after three previous wins.

And golf nut Stephen, from Ascot, wrote a letter to Bjorn saying that "with a somewhat heavy heart" he was not making himself available to be considered for a wildcard selection.

Eight players will qualify for the 12-man team on merit with Swede Bjorn, whose job it is to pick the team and decide on pairings, also set to name four wildcards.

But Stephen will not be one of those 'captain's picks' after agreeing with his wife that he may be "sadly deluded" in his previous belief that he could play his way into contention. 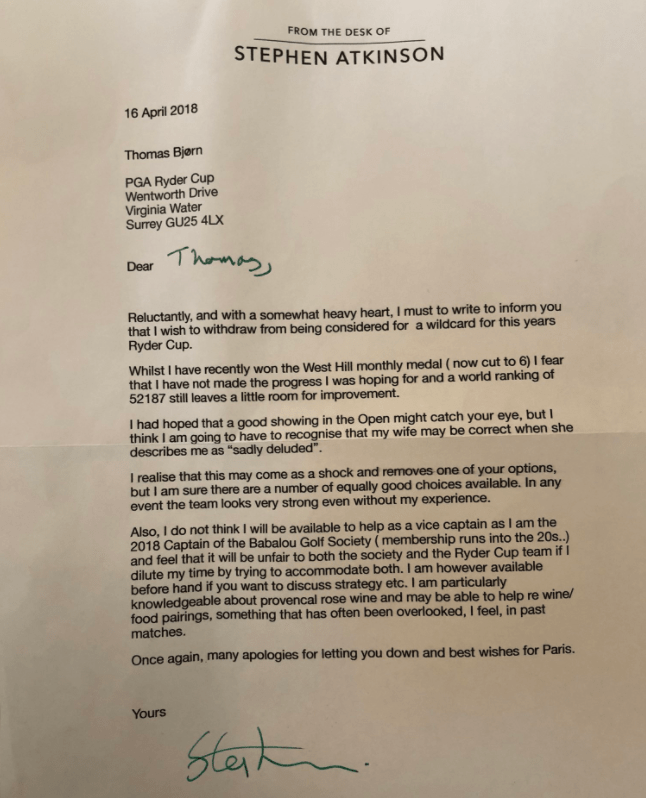 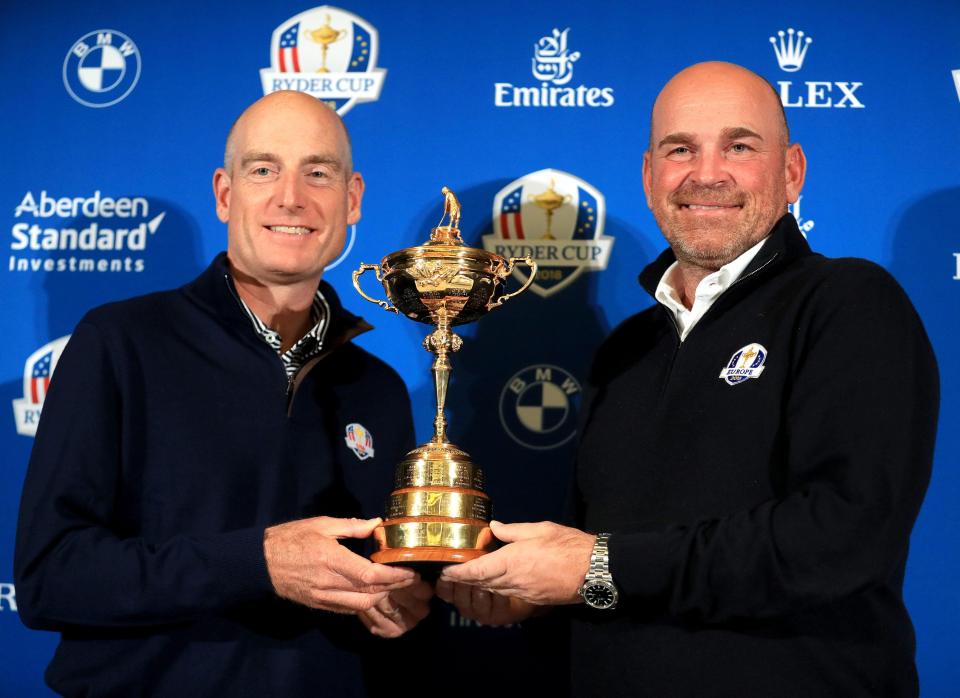 Stephen claims he had hopes that there was room for improvement on his ranking – which he claims is 52,187 – but believes he should be able to put out a strong side once he overcomes the initial "shock".

Worse for Bjorn, Stephen explains that he will not make himself available for a leadership role either… although he has offered his services if needed to help pick a decent bottle of wine.

In a strong finale to his letter, Stephen says: "I do not think I will be available to help as a vice captain as I am the 2018 Captain of the Babalou Golf Society (membership runs into the 20s..) and feel that it will be unfair to both the society and the Ryder Cup team if I dilute by time by trying to accommodate both.

"I am however available beforehand if you want to discuss strategy etc. 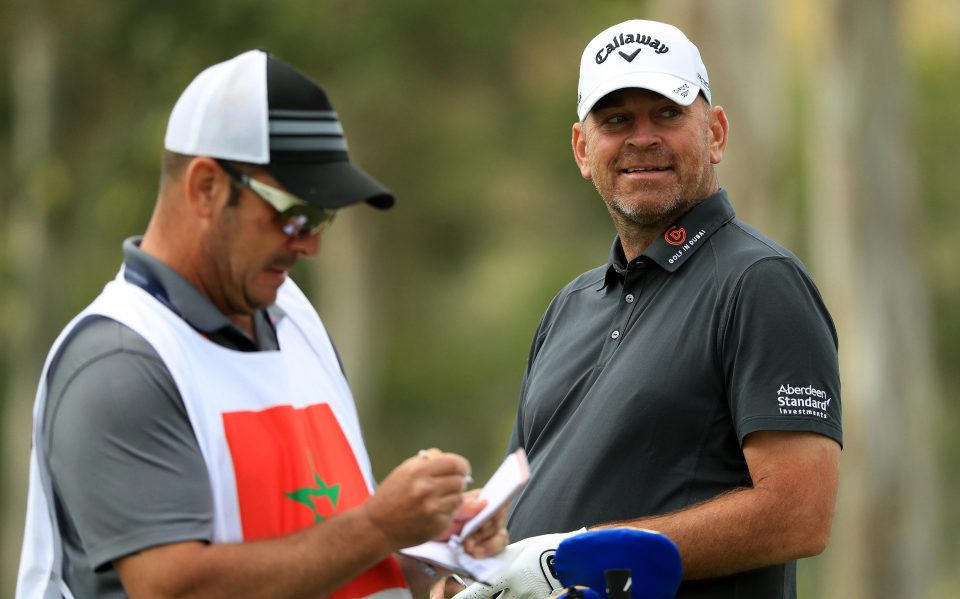 "I am particularly knowledgeable about Provencal rose wine and may be able to help re wine / food pairings, something that has often been overlooked, I feel, in past matches.

"Once again, many apologies for letting you down and best wishes in Paris."

Bjorn posted the letter on Twitter and joked: "Unbelievable. Where do I go from here? Stephen, please reconsider."