SCOTLAND manager Steve Clarke has banned FLIP FLOPS as he makes a desperate late attempt to qualify for Euro 2020.

The Scots are nine points behind second-placed Russia in Group I with four games left, starting with a trip to Moscow tomorrow. 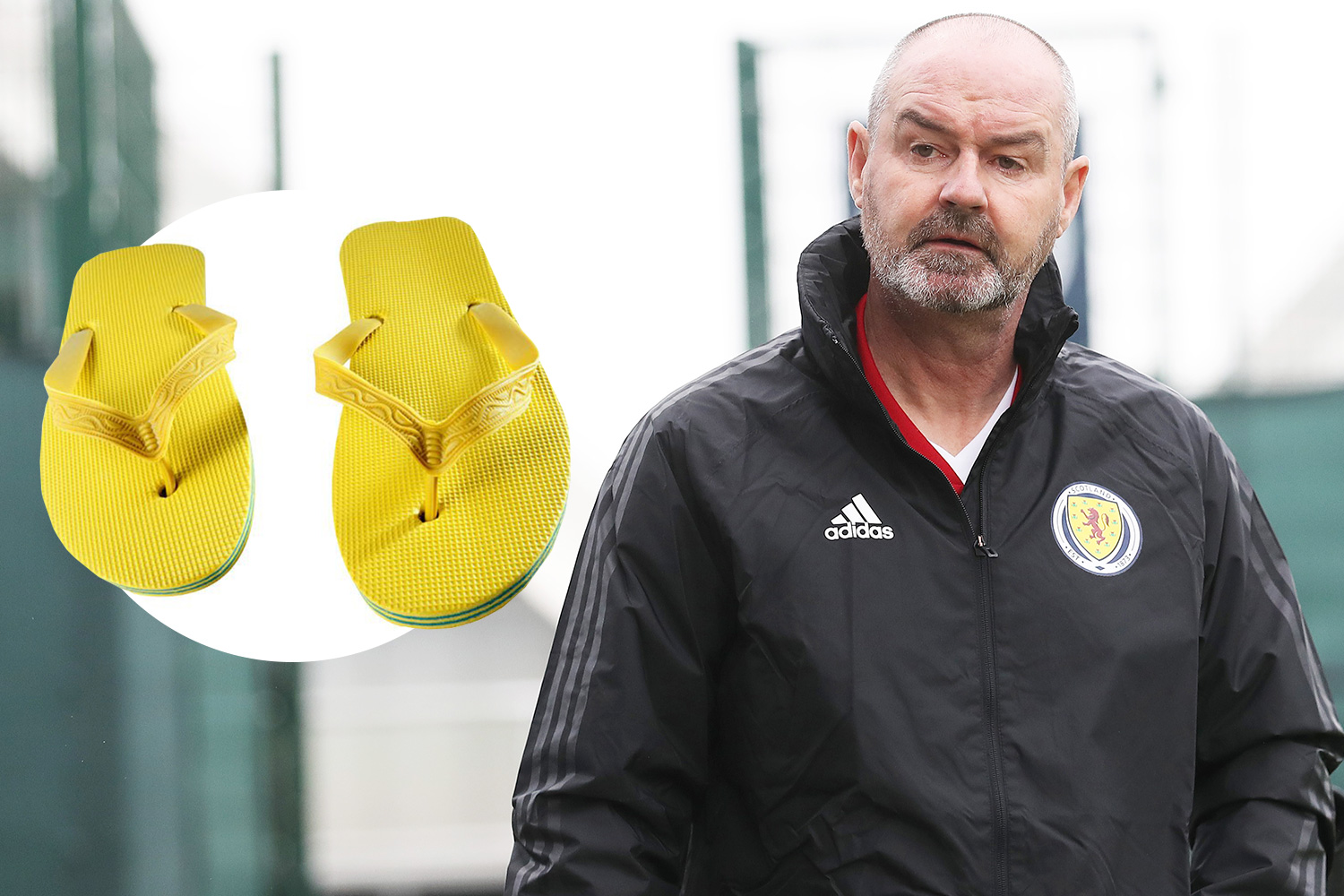 But Sheffield Wednesday and Scotland Liam Palmer, 28, revealed the small changes can make a big difference.

And that includes preventing the players wearing sliders at the dinner table.

He told The Herald: "Right across the board managers have different ideas and ways they want to do things.

"Coming away now, everyone sits down to eat together and nobody leaves until you’re all finished. Everyone walks out to training together, nobody wears flip flops round the table.

"All these little things probably don’t sound like much, but they are the things that keep the standards up to a level.

"If people are coming in in dribs and drabs, it doesn’t look good. You have to have standards and have rules to adhere to. If you have that then it carries on into the training."

Palmer is looking to add to his only senior Scotland cap this week – his first came away in the humiliating 3-0 defeat at Kazakhstan in March.

He added: "Am I surprised it wasn’t happening before? It’s difficult because it was my first trip away with the team.

"Going back to club level, I’ve seen it done loads of different ways and especially when there’s a change in manager standards can get lost.

"So it’s up to the new manager to say, ‘Right, this is what we’re doing.’ And for me it’s a lot better when it’s more structured and boys have things they have to adhere to."

Scotland have not qualified for a major tournament since the World Cup in France in 1998.

Although their chances of getting through the group appear to be all-but over, Scotland could sneak in to the Euros next year through the back door.

Their performance in the inaugural Nations League has guaranteed a play-off place – and Clarke will be desperate his new dining room rules reap the rewards.