Scott backs Worsfold ahead of clash with struggling Dons

Geelong coach Chris Scott has rubbished suggestions Essendon are a team in disarray and backed under-pressure counterpart John Worsfold ahead of the AFL country game.

The Bombers' woeful run continued on Saturday when they handed strugglers Carlton their first win of the season, going down to the Blues by 21 points at the MCG. 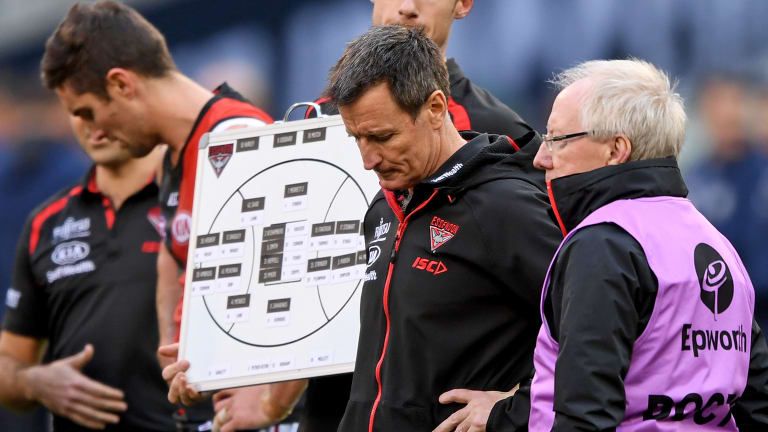 "I'm very confident knowing John Worsfold and the coaching staff. I know [assistant coach] Mark Harvey well; he's a very smart football person. They'd be clear on what they're trying to do.

"Just because they're not executing as well as they can, doesn't mean that they're unsure as to what they're trying to achieve. They were a finalist last year with virtually the same personnel; probably their personnel wasn't as good as it is now. We're aware that it can turn around really quickly."

The Cats will welcome back key forward Tom Hawkins from suspension but Daniel Menzel remains sidelined with a groin issue while midfielder Scott Selwood is no certainty to return from a back complaint.

The feedback we've got is that it's not serious … but we have had a few issues with acute back [injuries] that have been hard to predict," Scott said of Selwood.

"He just jarred his back at training; there was no contact or anything.

"He had surgery in 2011 on a back issue. They're not saying this is related but I guess if you wanted to go back a long way, there's a history there."