Serena Williamsrevealed in a first-person essay for Harper’s Bazaar that after struggling to deal with her loss to Naomi Osaka in the 2018 U.S. Open final that she realized she needed to reach out to the 20-year-old champion herself.

The final between Williams and Osaka was controversial, withWilliams getting docked a game for arguing with the umpire and accusing him of sexism. When Osaka, a major underdog, won the match, the crowd booed, withWilliams eventually stepping in to defend Osaka and quiet the boos.

Writing for Harper’s Bazaar, Williams said she sent a text message to Osaka, saying: “I am, was, and will always be happy for you and supportive of you. I would never, ever want the light to shine away from another female, specifically another black female athlete.”

“Hey, Naomi! It’s Serena Williams. As I said on the court, I am so proud of you and I am truly sorry. I thought I was doing the right thing in sticking up for myself. But I had no idea the media would pit us against each other. I would love the chance to live that moment over again. I am, was, and will always be happy for you and supportive of you. I would never, ever want the light to shine away from another female, specifically another black female athlete. I can’t wait for your future, and believe me I will always be watching as a big fan! I wish you only success today and in the future. Once again, I am so proud of you. All my love and your fan, Serena.”

Williams wrote in Harper’s Bazaar that she had trouble sleeping after the loss and eventually began seeing a therapist. She said when she was texting Osaka, the words began flowing out of her. 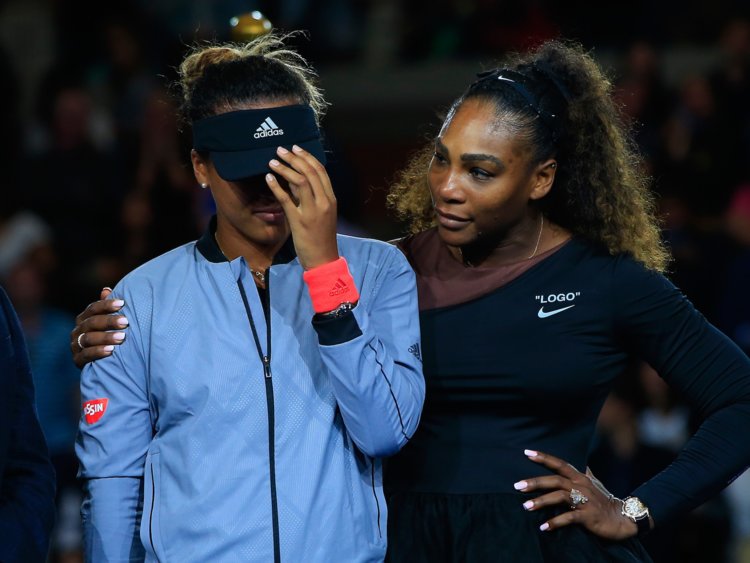 “People can misunderstand anger for strength because they can’t differentiate between the two,” Osaka wrote, according to Williams. “No one has stood up for themselves the way you have and you need to continue trailblazing.”

Williams said she realized she felt bad about “what had happened to the young woman who deserved so much more in her special moment.”

She added: “Seeing her text putting everything in perspective, I realized she was right.”

Chris Carpenter wishes he could have helped Roy Halladay