Home » Sport » Who is Shahid Khan? Meet the man primed to take over £800m Wembley

Who is Shahid Khan? Meet the man primed to take over £800m Wembley

Who is Shahid Khan? From washing dishes for 85p an hour to splashing out on a £140m superyacht… meet ‘the Tache with the Cash’ primed to take over ownership of £800m Wembley

Billionaire Shahid Khan’s rags to riches story has seen him go from earning just 85p an hour washing dishes to making an £800million bid for one of the crown’s of the sporting world.

The 67-year-old highly successful businessman, who moved to the US when he was just 16 with just $500 (£360) to his name, could soon become the owner of Wembley Stadium.

His rapid rise to the top saw him become owner of Championship side Fulham in 2013, and the NFL side Jacksonville Jaguars are also one of his outfits.

But it has not come easy to the self-made billionaire from Pakistan, who is now the 217th richest person in the world. 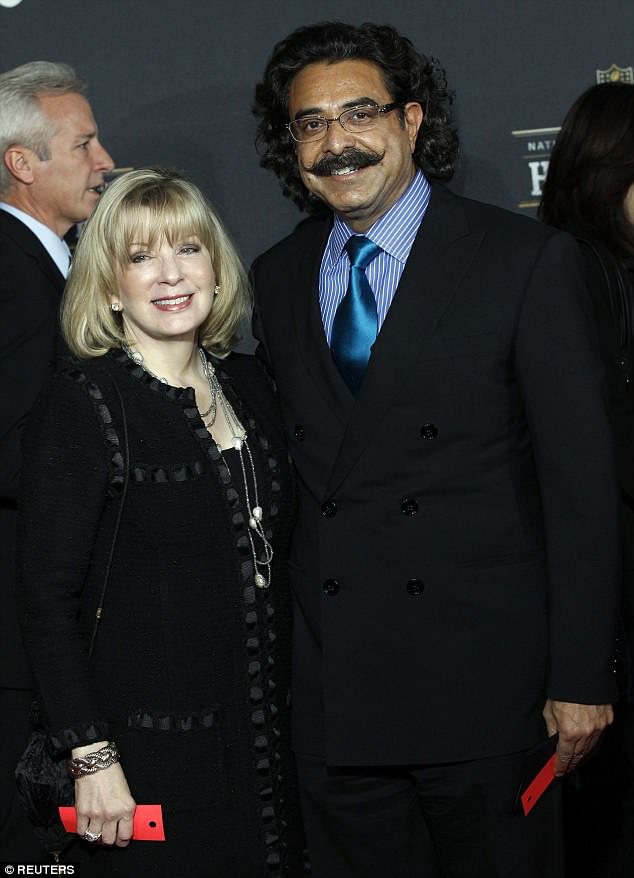 Shahid Khan, right with wife Ann, came to America aged 16 and started out living in a YMCA 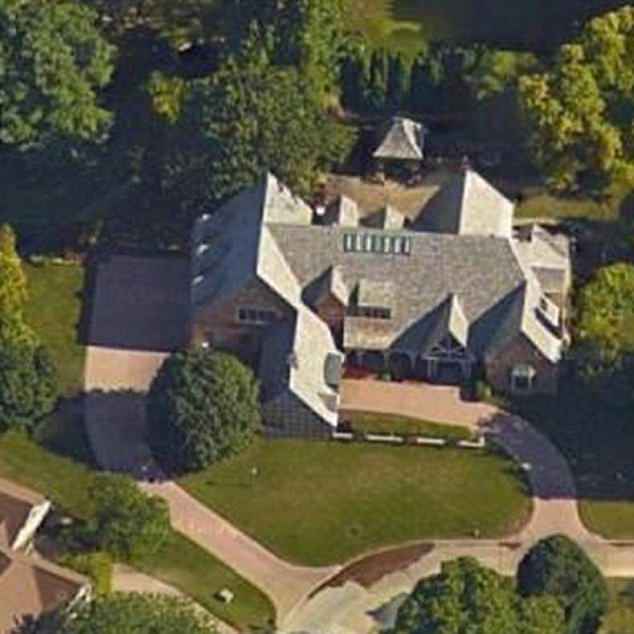 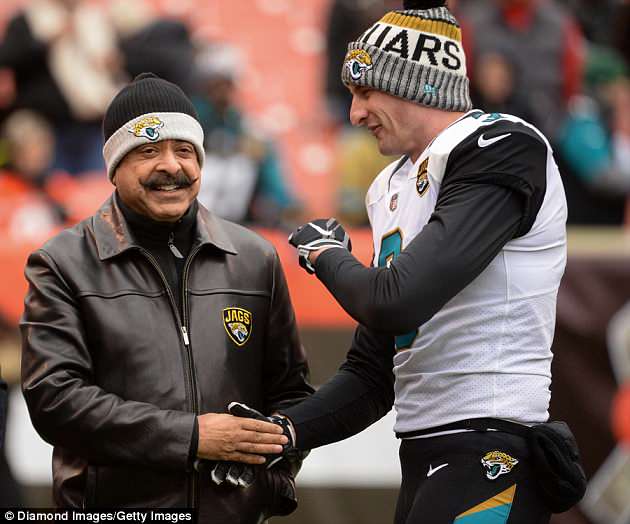 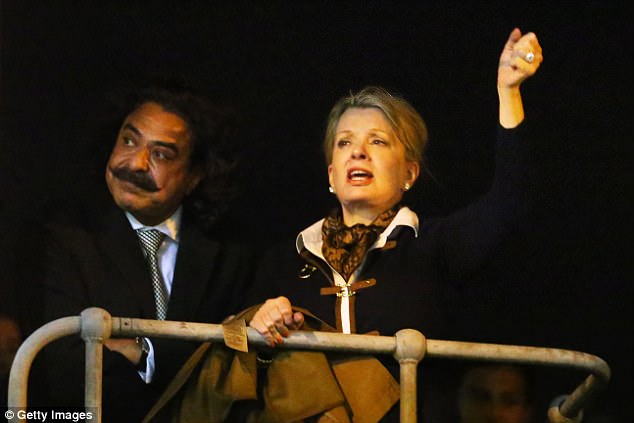 Shahid Khan is married to Ann, and Forbes rank him as the 217th richest man in the world

Khan was born in Lahore, Pakistan in July 1950 to mother, Zakia, a maths professor, and father, Rafiq who sold surveying equipment.

Encouraged by his father, who stood for humility and frugality, Khan from an early age developed a nous for business.

As a child he would build and sell radios and perhaps with his father’s influence would not allow any opportunity to pass by without being able to make a profit.

For instance, even Khan’s childhood friends got a first-hand experience of his financial prudence as they were charged to rent his comic books.

However, behind the eye for a profit there was a sporting passion too and Khan would spend many days in his childhood at the Lahore Stadium (now Gaddafi) to bask in cricket. Typically, he saved money by doing this too.

Khan would often go with his father and they never bought a ticket having always walked into the ground after tea when entrance was free. 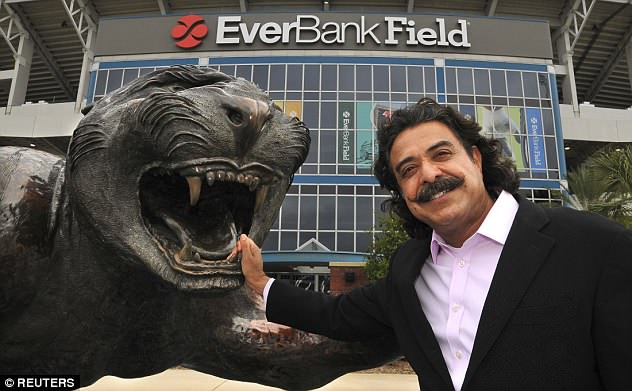 Khan, pictured outside the Jacksonville Jaguars’ stadium in 2012, also owns the NFL team 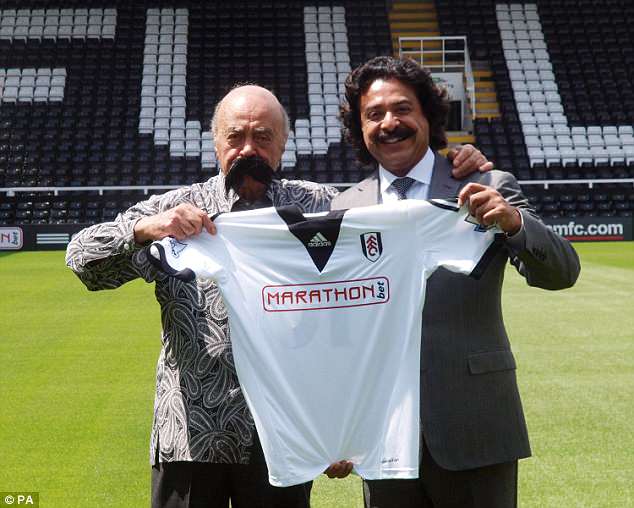 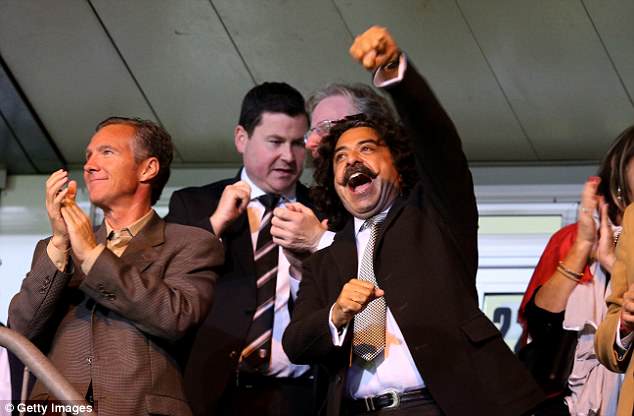 Khan has a passion for sport, and has come from nothing after moving to America with $500

At the age of 16 he moved to the United States to study mechanical engineering at the University of Illinois in Champaign-Urbana with just $500 to his name, spending his first nights at a YMCA.

Concerned that he would quickly run out of money at the $2 a night accommodation, Khan went out the next morning to get his first job… washing dishes for just $1.20 (85p) an hour.

Soon after, the engineer by trade would start work at automotive manufacturing company Flex-N-Gate and 13 years after arriving in the United States he bought the company for $800,000 (£570,00)

After initially supplying a small range of bumpers to Toyota, the 1980s saw demand increase from the Japanese car manufacturer for his ‘one-piece bumpers’ to the point that by 1989 his company was the sole supplier.

As recently as 2012, Flex-N-Gate were on two-thirds of all the cars and trucks sold in the United States with sales worth $3.5billion. (£2.5billion) According to Forbes the company now has 62 plants worldwide and over 24,000 employees… and Khan has been described as the personification of the American Dream. 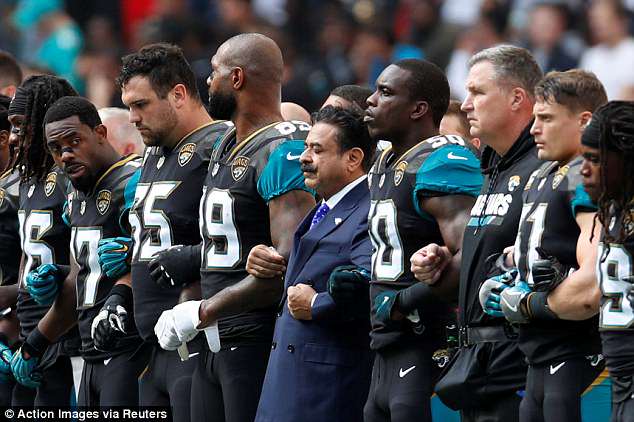 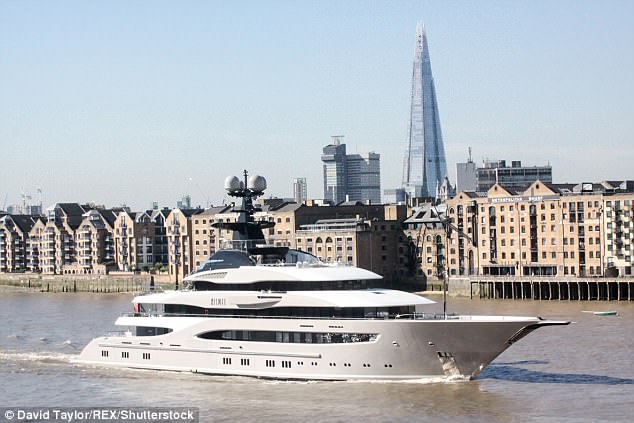 The ‘Tache with the Cash’ owns an incredible £140m superyacht, seen here on the Thames

In 1991, Khan became a US citizen but it was not until 2010 when he first rekindled that childhood passion for sports while trying to purchase 60 per cent of the NFL side St Louis Rams.

Intriguingly he quickly ran into a road block put up by current Arsenal owner Stan Kroenke.

A deal was all-but agreed for Khan to purchase his stake but as a minority shareholder of the Rams Kroenke exercised a clause in his ownership agreement to match any proposed bid that denied Khan the chance to become the first ethnic minority to own an NFL team.

It took Khan another two years to land that accolade when he completed the $770m purchase of the Jacksonville Jaguars, who after a few years of failure have shown rapid improvement.

Under a new coach in Doug Marrone, the franchise recently recorded their first winning season as well as reaching the play-offs for the first time in a decade.

But NFL was not enough for Khan and just a year after purchasing the Jaguars he moved into the realms of owning a Premier League club – albeit that status was brief. 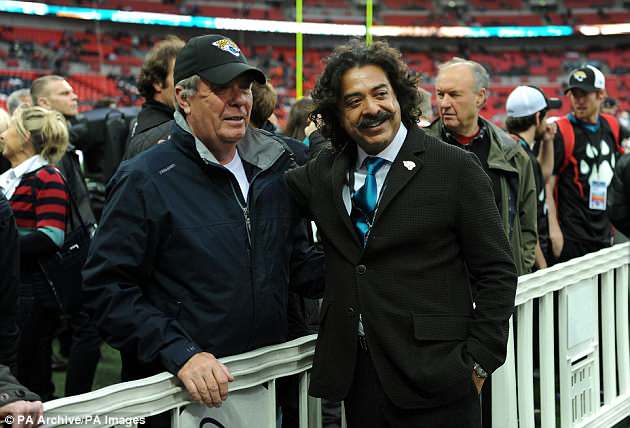 Khan, pictured before an NFL clash at Wembley, has NFL expansion in the UK in mind

Khan bought Fulham from Mohamed Al Fayed for a fee believed to be between £150m and £200m and at the time he said: ‘Fulham is the perfect club at the perfect time for me.

‘I want to be clear, I do not view myself so much as the owner of Fulham, but a custodian of the club on behalf of its fans.

‘My priority is to ensure the club and Craven Cottage each have a viable and sustainable Premier League future that fans of present and future generations can be proud of.’

Unfortunately, a tumultuous season for the club would eventually end in relegation from the top flight.

The club were in turmoil for much of the campaign, going through three managers including Martin Jol, Rene Meulensteen and the highly unpopular Felix Magath on their way to the Championship.

Like the Jaguars, there were no immediate improvements at the club following two seasons flirting with another relegation.

But the appointment of Slavisa Jokanovic led to top-six finish in 2017 and this season could still end with automatic promotion to the Premier League. 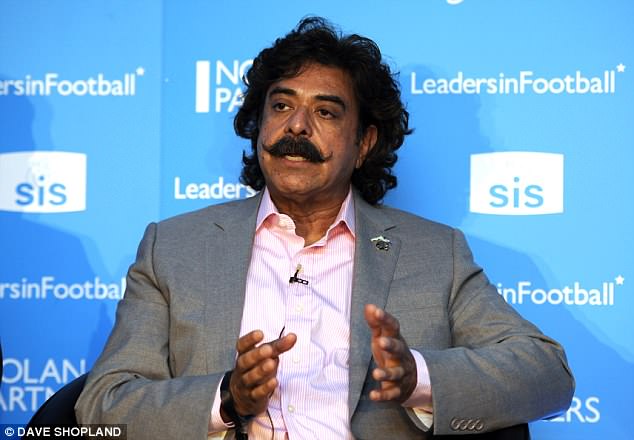 He is not averse to splashing his cash either; he has a 312-foot superyacht worth £140m 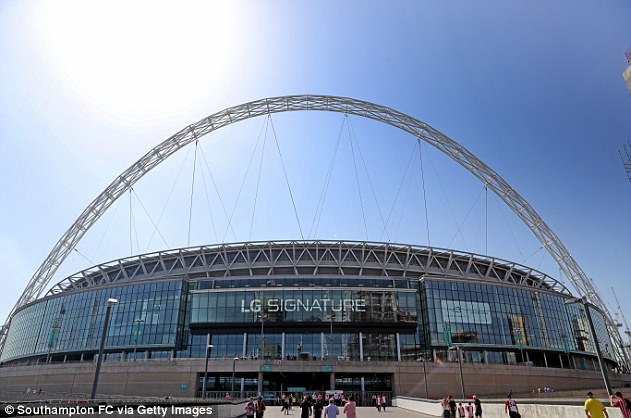 Even with two sports teams under his wing, Khan – famously dubbed ‘the tache with the cash’ – continued to grow his assets and in 2016 he purchased Toronto’s Four Seasons hotel for C$225 million.

According to Forbes, Khan’s business adventures make him the 217th richest man in the world with a fortune worth £5.16bn ($7.2bn). Despite his frugal upbringing he isn’t afraid to spend some of it either.

Along with his wife Ann, who he met in 1977 and has two children with, Khan owns a stunning 312ft superyacht worth £140m named Kismet and is also the owner of three private jets.

Khan however is also not afraid to dip into his pockets for good causes. Through the Jacksonville Jaguars foundation as well as the NFL he is involved with philanthropy while in 2011 he donated $10m to the University of Illinois.

It is in Illinois where he owns a large house as well as an $8m penthouse in Park Tower, Chicago. However he also owns another large penthouse in Naples, Florida, which he purchased in 2014 for $11.5 million.