Home » Sport » Stand down, Mr Peever, this fluster-cluck is on your watch

Stand down, Mr Peever, this fluster-cluck is on your watch

This woman, see, bursts out of an examining room screaming blue murder, nearly knocking over the director of the medical clinic, who stops her and asks her what on earth the problem is. After she tells him, the man sits her down in a private room to relax, while he marches down the hallway to confront the woman’s young physician.

“What is wrong with you?’ he explodes. “Mrs Miller is 60 years old, has six grown children and nine grandchildren, and you tell her she is pregnant?”

The young physician, without looking up, asks nonchalantly: “Yes, I did tell her that. And now you tell me . . . does she still have chronic hiccups?” 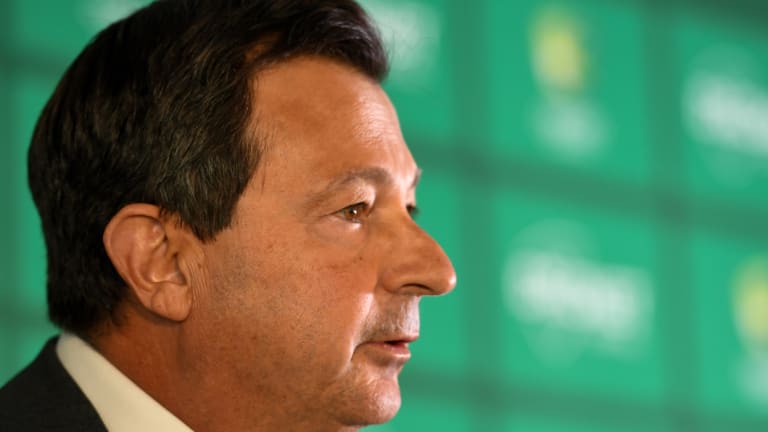 Strange timing: CA chair David Peever was re-elected before the release into the findings into cricket culture and governance.Credit:AAP

The old medical notion of course was that the best way to get rid of hiccups was simply to give someone the scare of their life, and the problem is solved.

Sadly, the reverse is not true. I refer of course to the biggest and scariest scandal to hit Australian cricket since forever – the use of sandpaper on the ball in South Africa – and the extraordinary characterisation of that scandal by the chair of Cricket Australia, David Peever, as, and I quote “a hiccup”.

There are many questions Mr Peever needs to answer on this.

If that event was a mere “hiccup”, just what would an actual cancer on the game look like?

If two blokes taking sandpaper to a ball while the captain watches was just a “hiccup”, why go to the bother of launching the whole ethics review in the first place? If it was no big deal, why stand down three of your finest players for up to a year?

Do you actually think your job is to underplay a crisis of this nature, or to call it for what it is – exactly what your independent review has noted it as – and acknowledge it as a full-blown crisis? 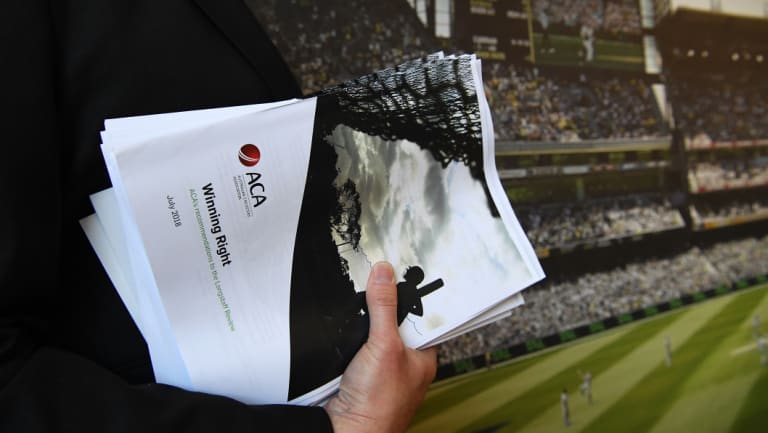 Counter view: Winning The Right, the Australian Cricketers’ Association recommendations to the Longstaff review being carried at a media conference.Credit:AAP

When you have the most significant report in a generation being handed down one week, a veritable sporting State of the Union, why would you have yourself locked into the role of chair for another three-year term, just a few days before? Is it not bleeding obvious that the proper course of governance was to table the report and then see both what direction for the game should be pursued and, most pertinently, who might be best qualified to lead?

All up, the whole things looks like when a bunch of harried and hassled chooks sometimes do, when they get in one corner of the yard and go off at each other – a fluster-cluck.

There are so many voices going on this now, saying so many different things, it is all hard to follow. But a couple of things are bleeding obvious.

On the ABC’s 7.30 on Tuesday night Ian Chappell said a large part of the problem was the lack of former elite players on the board of Cricket Australia, even going so far as to characterise the likes of his Channel Nine colleague Mark Taylor as “window-dressing”.

To break the players out of the “gilded bubble” the report says they’ve been in, shouldn’t need more graduates of precisely the same bubble. Rather, it needs capable people who are representatives of cricket lovers across the board. The essence of the report said that the heart of the problem was the "win without counting the cost" attitude that came from members of the board on down. The way forward, thus, is not necessarily to have only the highest exponents of the game on board as, almost by definition, they will only have arrived at their exalted status by being relatively ruthless in their pursuit of victory.

Let the states work it out. But if that review is really going to see change, then all of its 41 recommendations should be followed, and ideally by an entirely reconstituted board. Throw all positions open, and start again, Mr Peever.