Barnes has never been the most proflic goal-getter, but he made it six in his last eight outings – and ten for the season –  to cancel out Badou Ndiaye’s early strike for the home team. 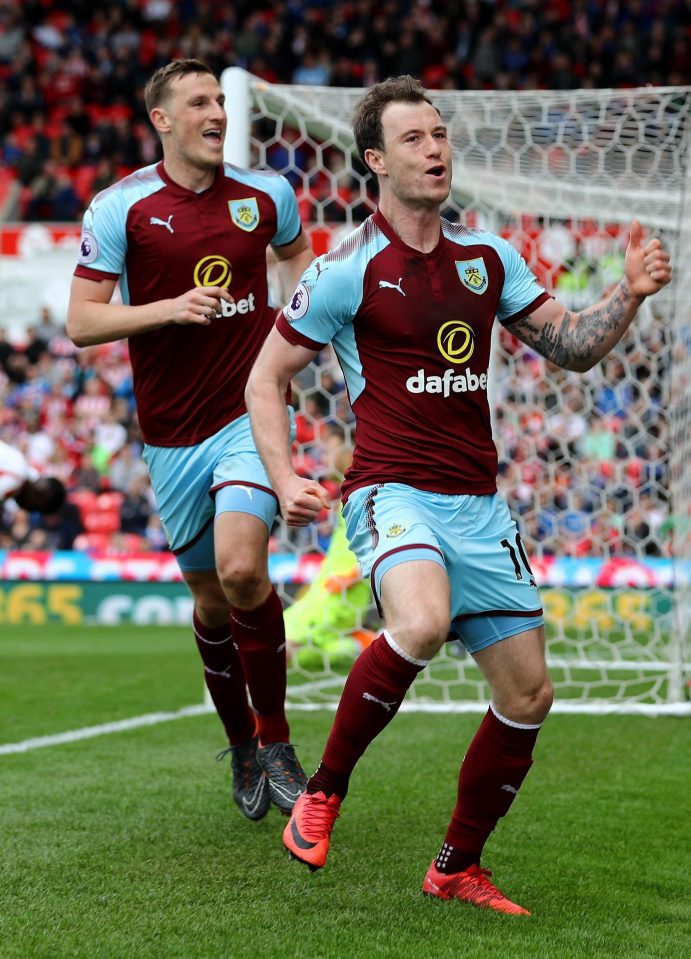 That moved Burnley nine points clear of eighth placed Leicester, and tightened their grip on a potential Europa League place next season.

Manager Paul Lambert and skipper Ryan Shawcross both admitted this was a must-win match for Stoke, as they targeted a return of three victories from their last four games.

They had probably written off Saturday’s visit to Anfield, with Crystal Palace and Swansea offering far more likely victory chances in their final games. 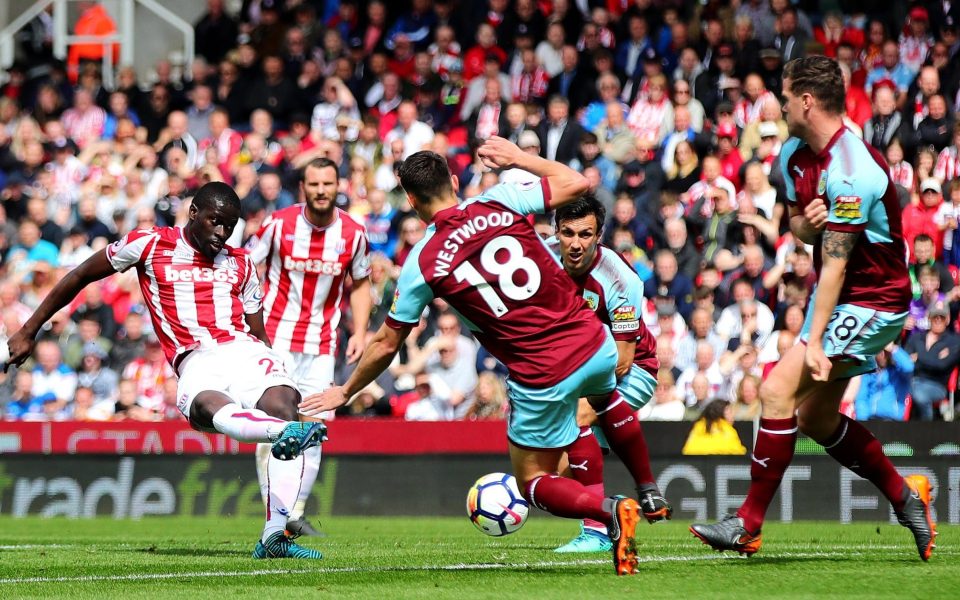 But after surrendering a precious lead twice in a week – with Andy Carroll filling the Barnes role at West Ham on Monday – not even the most optimistic Stoke fan would offer a prayer for their chances of staying up now.

The mood was a lot different before Barnes struck, especially with Ndiaye scoring  for the first time since he was bought from Galatasaray for £14miilon in January.

Even before that goal, you would never have known that Stoke had already been written off as relegation certainties in most quarters from the positive vibes flowing from the home fans.

The Bet365 Stadium was rocking, and Stoke got just what they needed to ramp things up even more – an early goal. 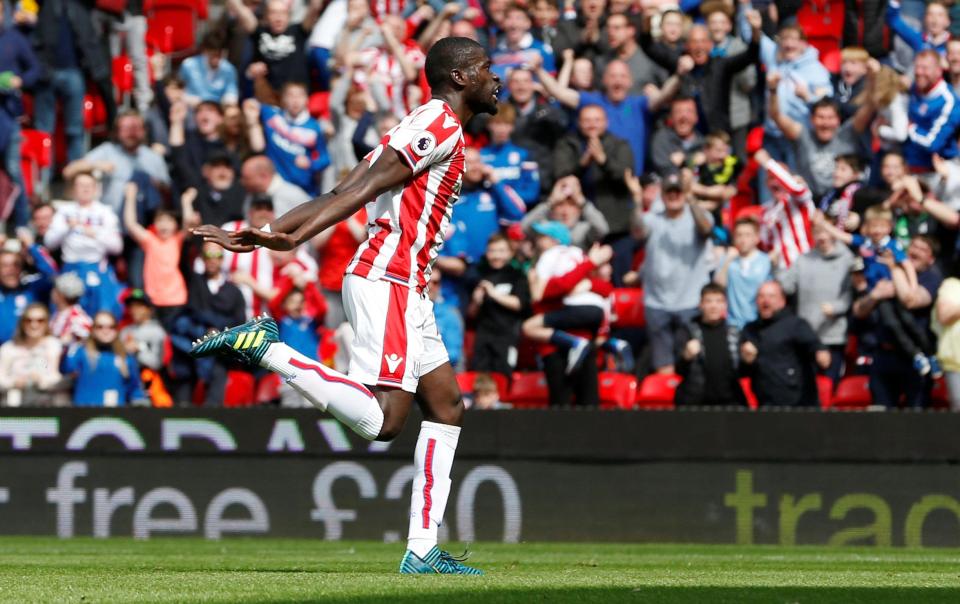 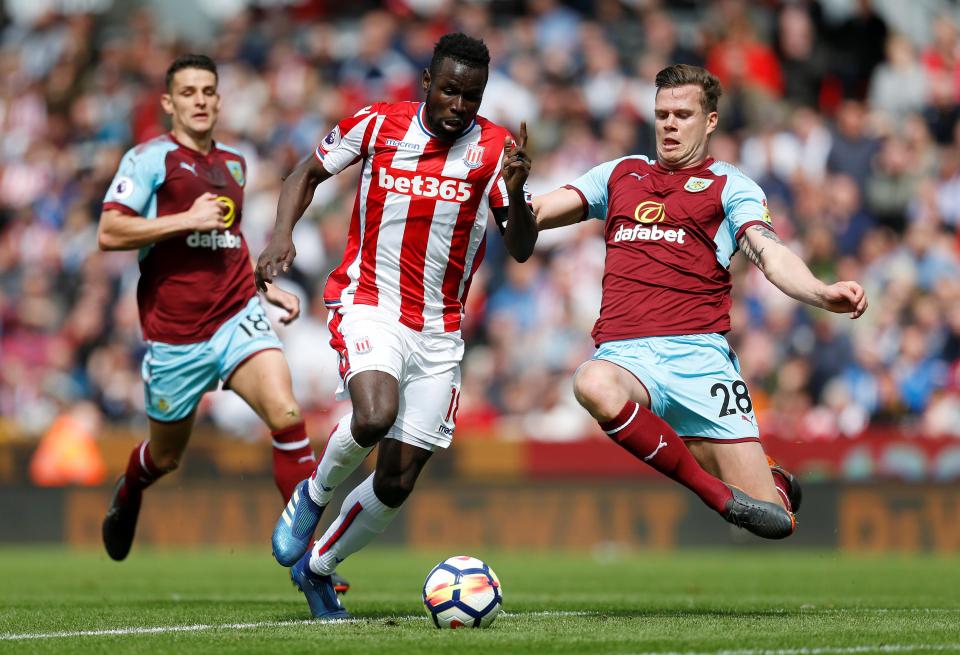 The tireless Joe Allen was inevitably involved, teasing Stephen Ward down the right flank before picking out Nidiaye on the edge of the box.

He played a clever one-two with Mame Diouf before stepping inside the onrushing Jack Cork and planting a curling shot just inside the near post.

That sparked a jubilant chorus of “Why, Why Why Ndiaye” – it does sound a bit like Delilah, to be fair.

Burnley looked rattled, and their persistent habit of knocking long balls up to Ashley Barnes and Wood was never going to cause too many alarms for Ryan Shawcross and Bruno Martins Indi.

But Jack Bultand had to come to his team’s rescue when Johann Berg Gudmundsson’s free kick dipped over the defensive wall towards the corner of the net.

The Stoke keeper was at full stretch when he managed to fingertip it to safety. 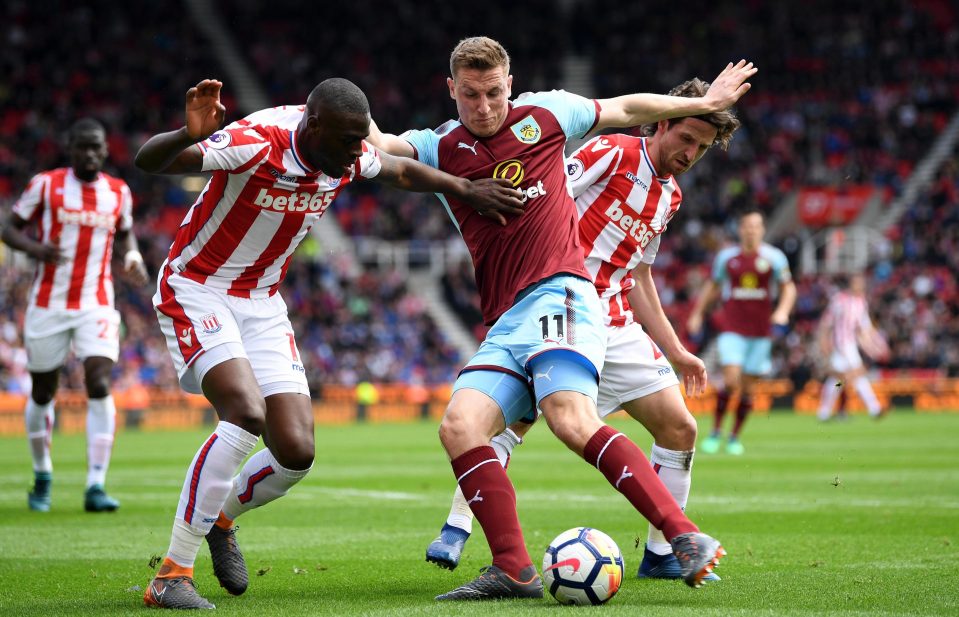 Kevin Long deserved just as much praise for a brilliantly timed tackle when Diouf was about to pull the trigger, but the Senegal striker had no excuse when Moritz Bauer found him in cares of space inside the Burnley box.

Diouf had time to control the ball and pick his spot – but he allowed it to bounce off his shins straight to the grateful Stephen Lowton, who hacked it clear.

Burnley’ only threat was coming from set pieces, and Butland produced another world class nine minutes into the second half — this time to keep out James Tarkowski’s header from a Gudmundsson corner.

But Stoke faield to heed the lesson. 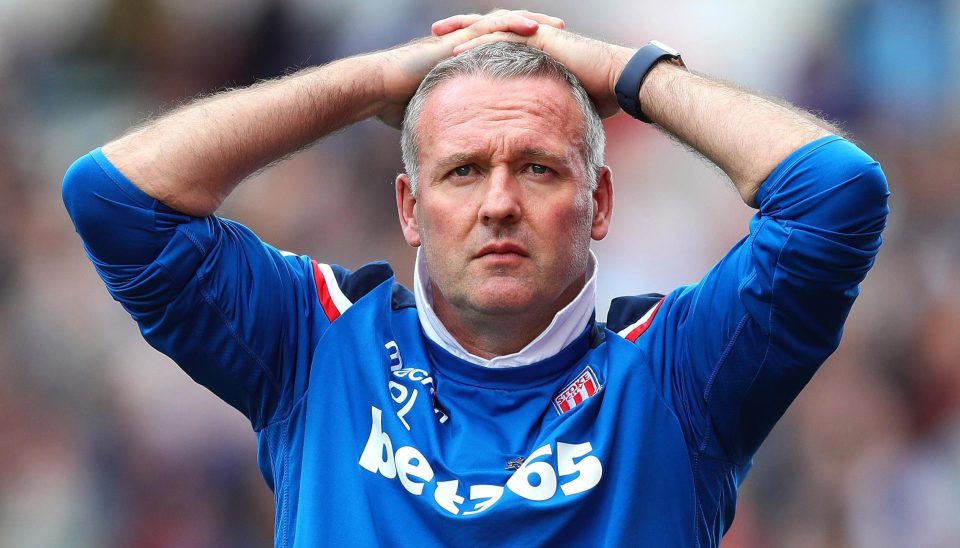 They failed to clear another corenr properkly, and when Ashley Westwood swung the ball back in Tarkowski again sent a header goalbound.

Butland did not know much about it this time as the ball bounced back of his body – but Burnley reacted quicker and Barnes bundled the ball in with his knee.

A nervous hush had already replaced the early jubilation among the home fans, and the travelling Burnley contingent made themselves heard with chants of “We’re all going on a European holiday”.

That is probably true – and we all know were Stoke are heading. 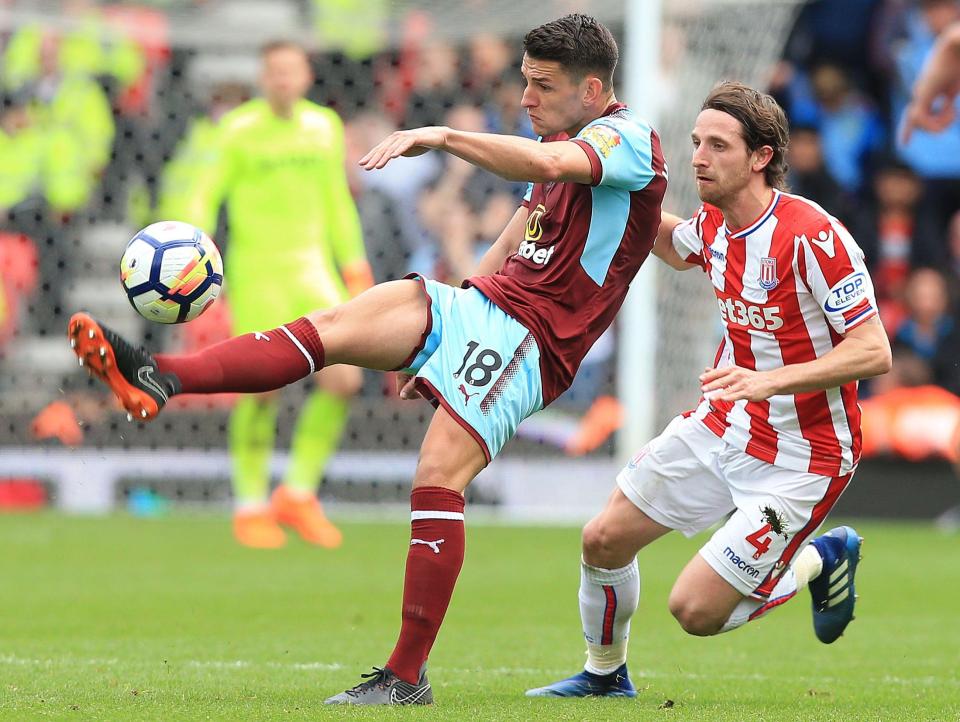