GARETH BALE proved he could still do it on a cold, rainy night in Stoke. Well, at least for 45 minutes.

The on-loan Welshman has struggled to make a major impact for Jose Mourinho at Spurs but grabbed the opener halfway inside the opening half before being substituted at the break. 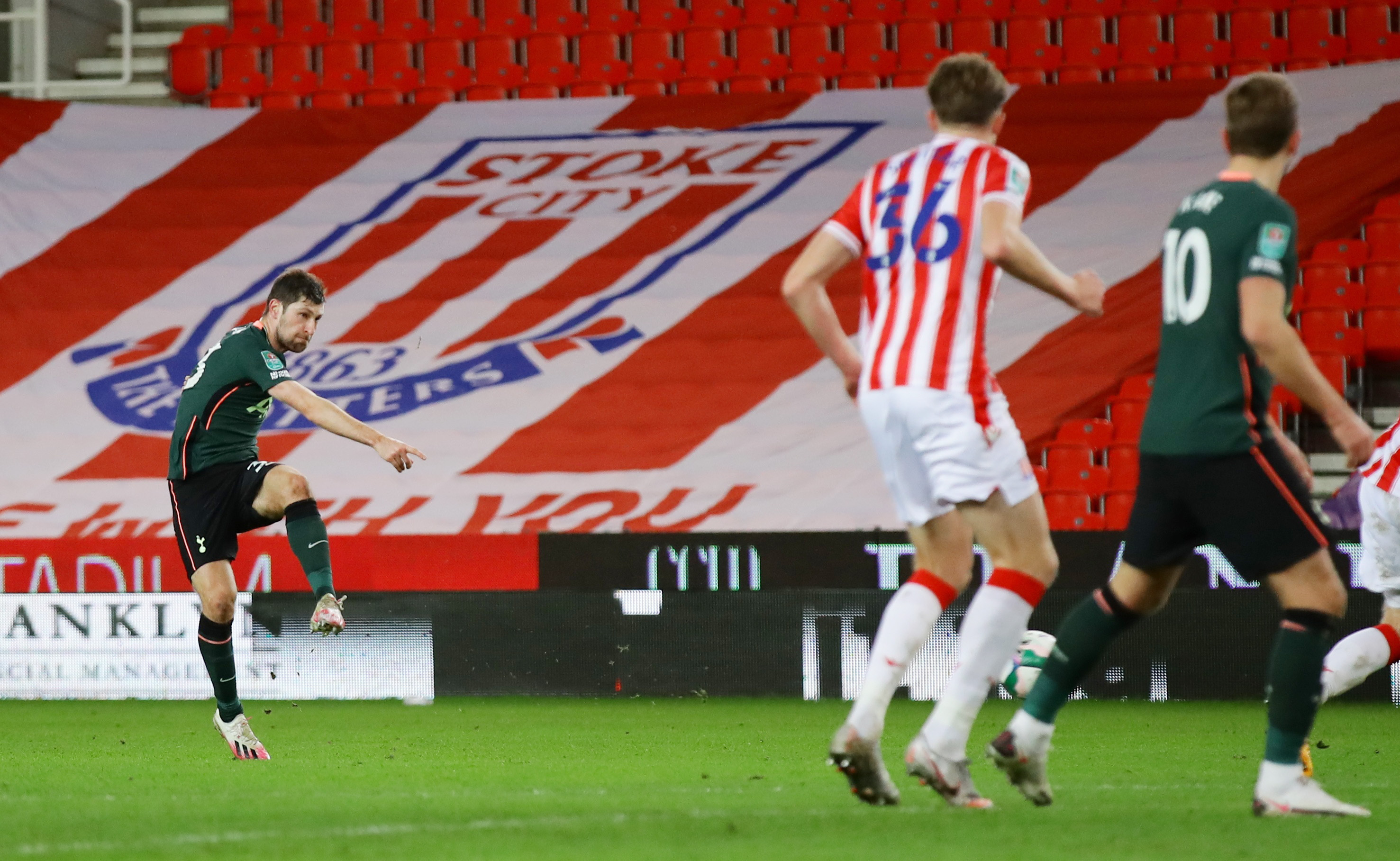 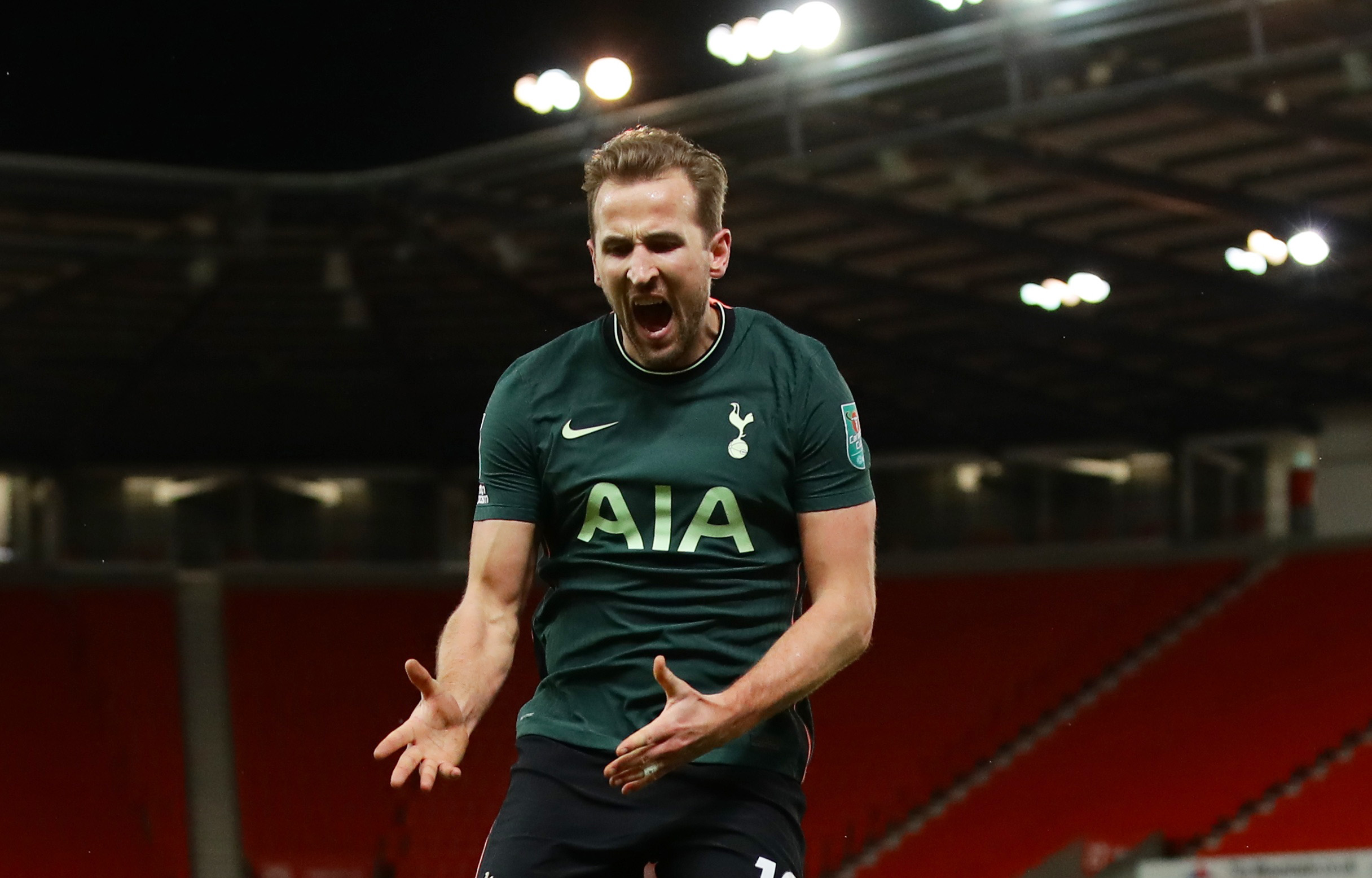 While Jordan Thompson levelled for Stoke, goals from Ben Davies  and Harry Kane sent Spurs into the Carabao Cup semi-finals.

Spurs made hard work of what looked set to be a straightforward win over the Championship’s seventh placed opener after Bale’s 22nd minute header.

This meant he had scored in successive EFL Cup appearances, although they just happened to be eight years apart as the previous goal was in a 2-1 loss away to Norwich.

But now through to the semis, Spurs boss Jose Mourinho – who has won this competition four times – will fancy his chances of going all the way.

And while their League title hopes are on the verge of collapsing after a few dodgy results, Tottenham fans would settle for the Carabao Cup when you consider they have not won anything for 12 years.

Ahead of the game, Stoke had improved the away changing rooms described by Neil Warnock as “a pigsty”.

Boss Mourinho said: “It is very good. I know the ones that complained had a reason to complain because we watched the videos. We have to thank them because we have proper, very good facilities.”

Remarkably, Stoke had three keepers out injured and another Cup tied. So there was a start for 37-year-old keeper Andy Lonergan whose last competitive game was for Rochdale in League One in March 2019. 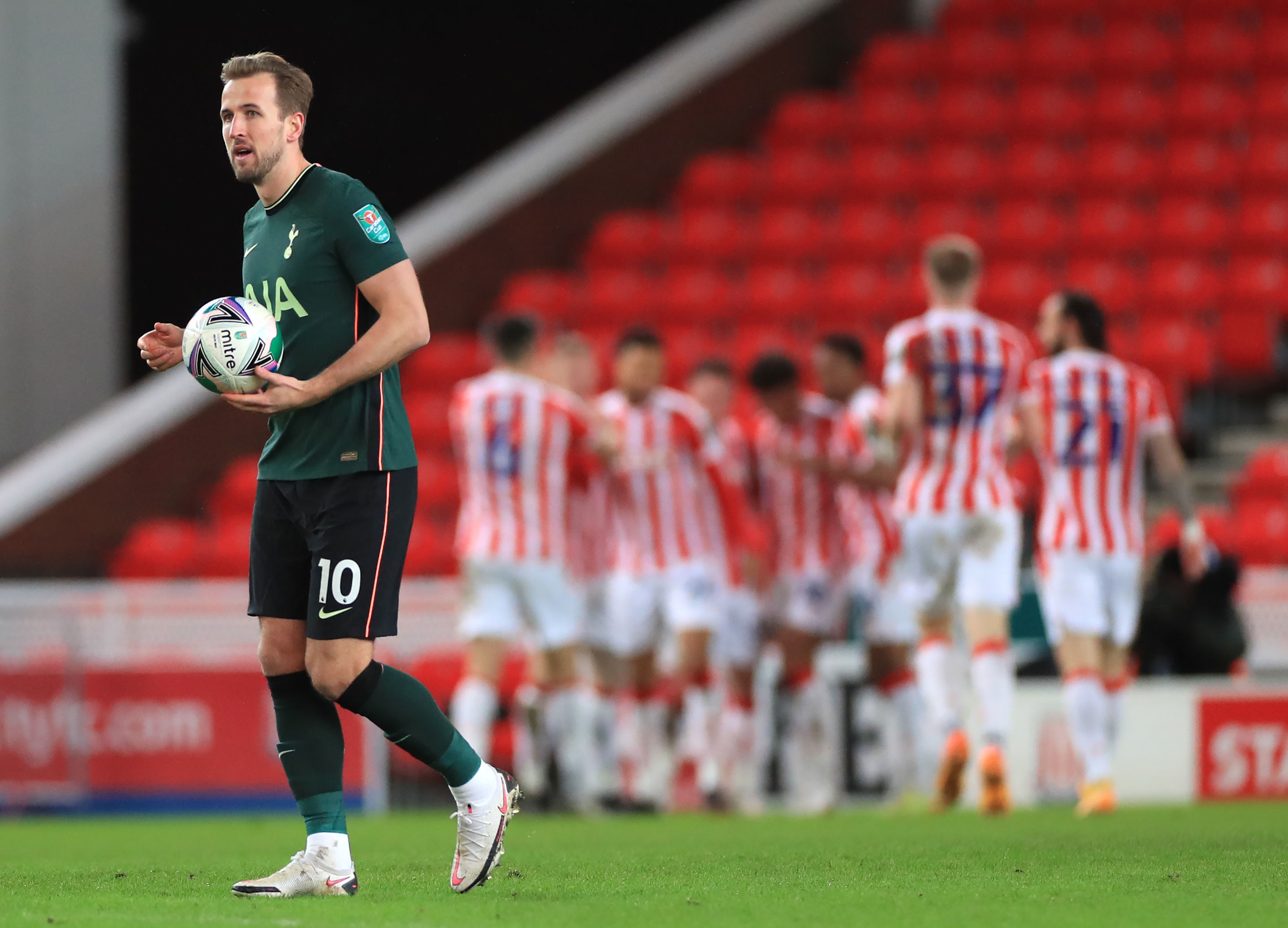 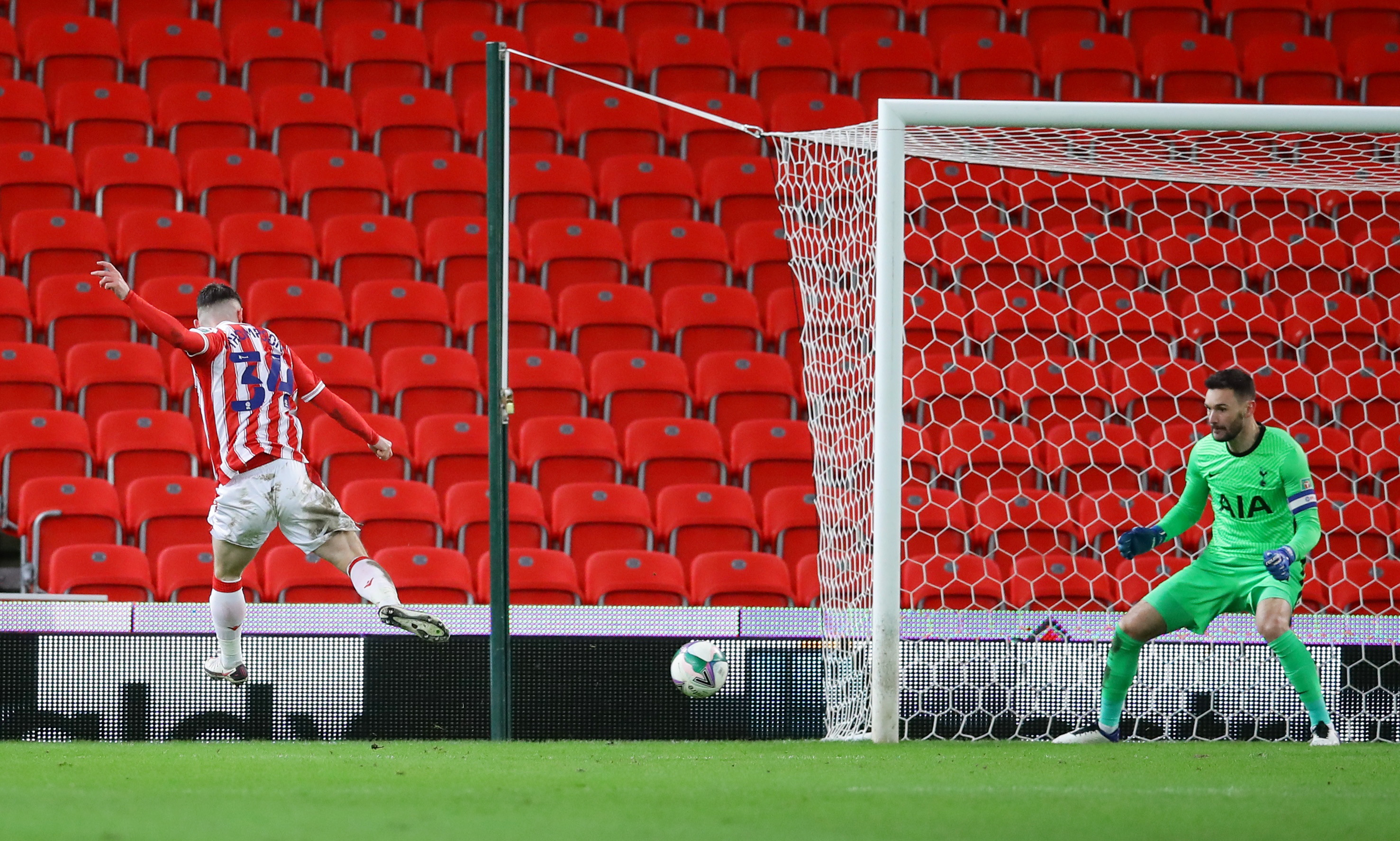 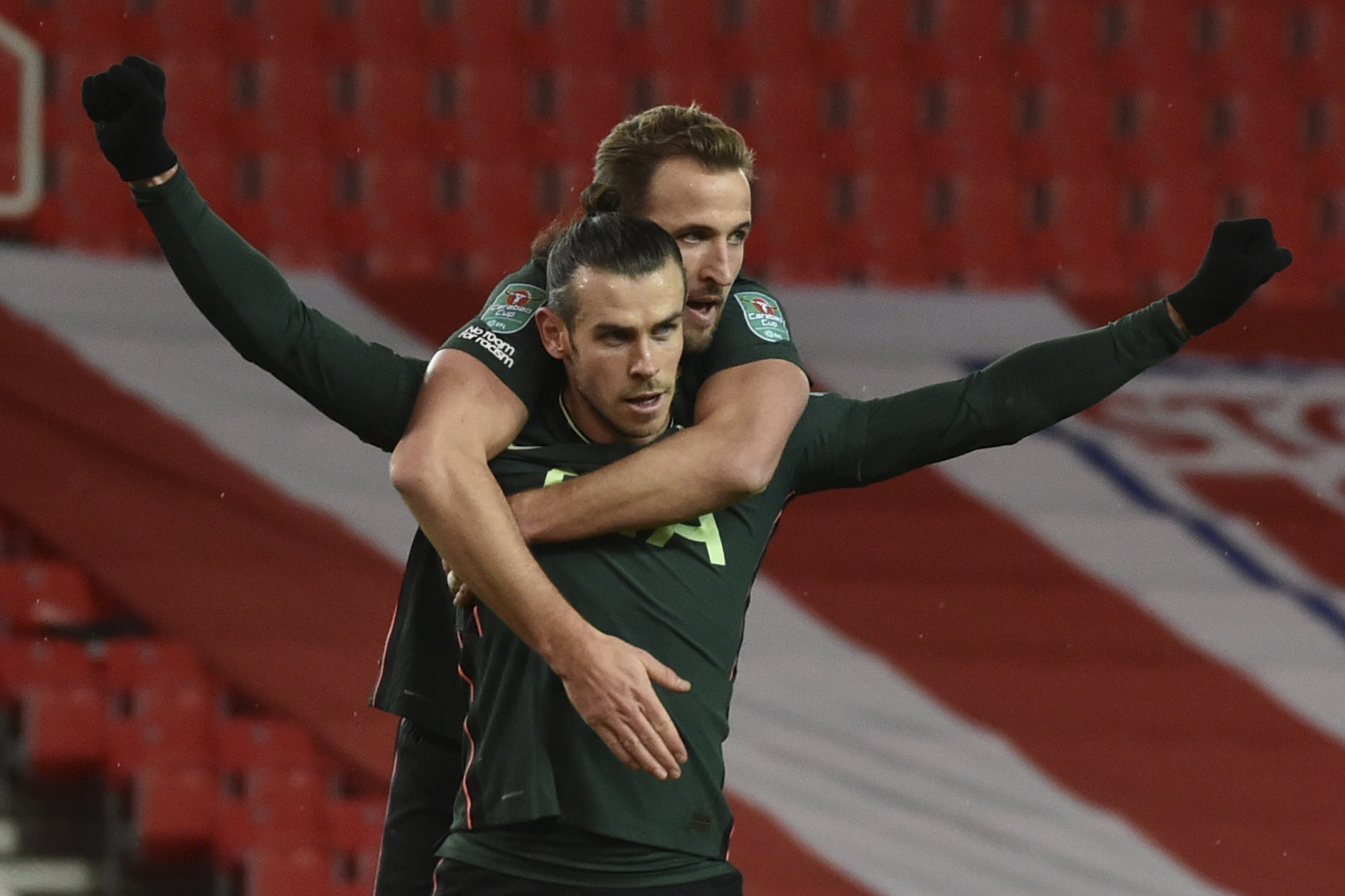 While he pushed away a stinging effort from Kane, there was not a lot he could do about Bale’s opener. Harry Winks did well to lift the ball over the home defence but it was a fine header from Bale, particularly as his back was to goal – and he guided the ball into the corner.

Equally, Bale deserves extra credit as actually started the move before playing out wide to Davies.

Ironically,  it was Stoke where 10 years ago, Bale scored two wonder goals after being told by boss Harry Redknapp: “Stop f****** about with your barnet and get on with it.”

There was also a first start since November 26 for Dele Alli who became increasingly involved in the game but was the victim of some cynical challenges by Stoke.

Alli came close to getting a second but he forced a couple of decent saves by Lonergan with Stoke offering nothing in the first half. 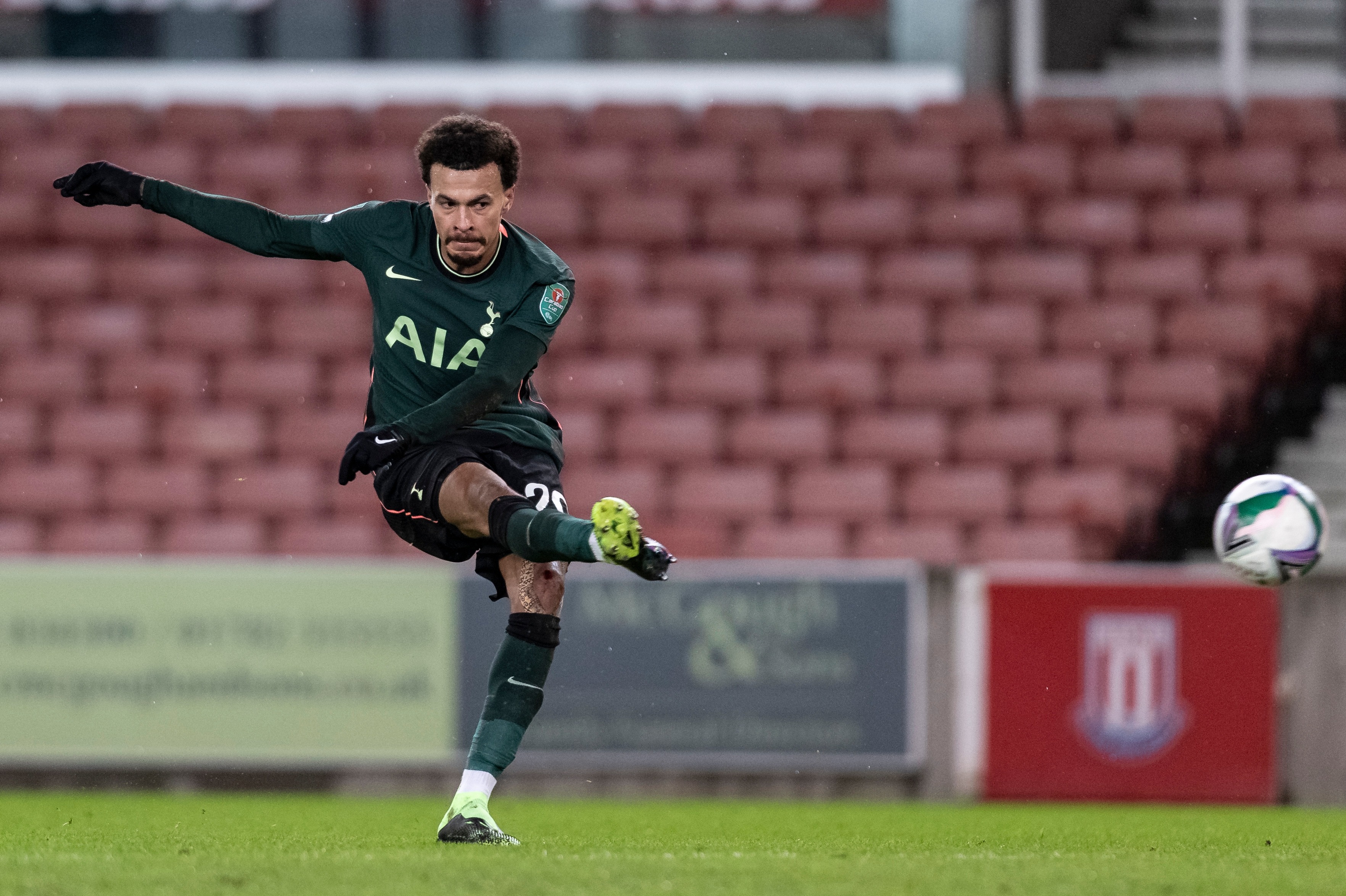 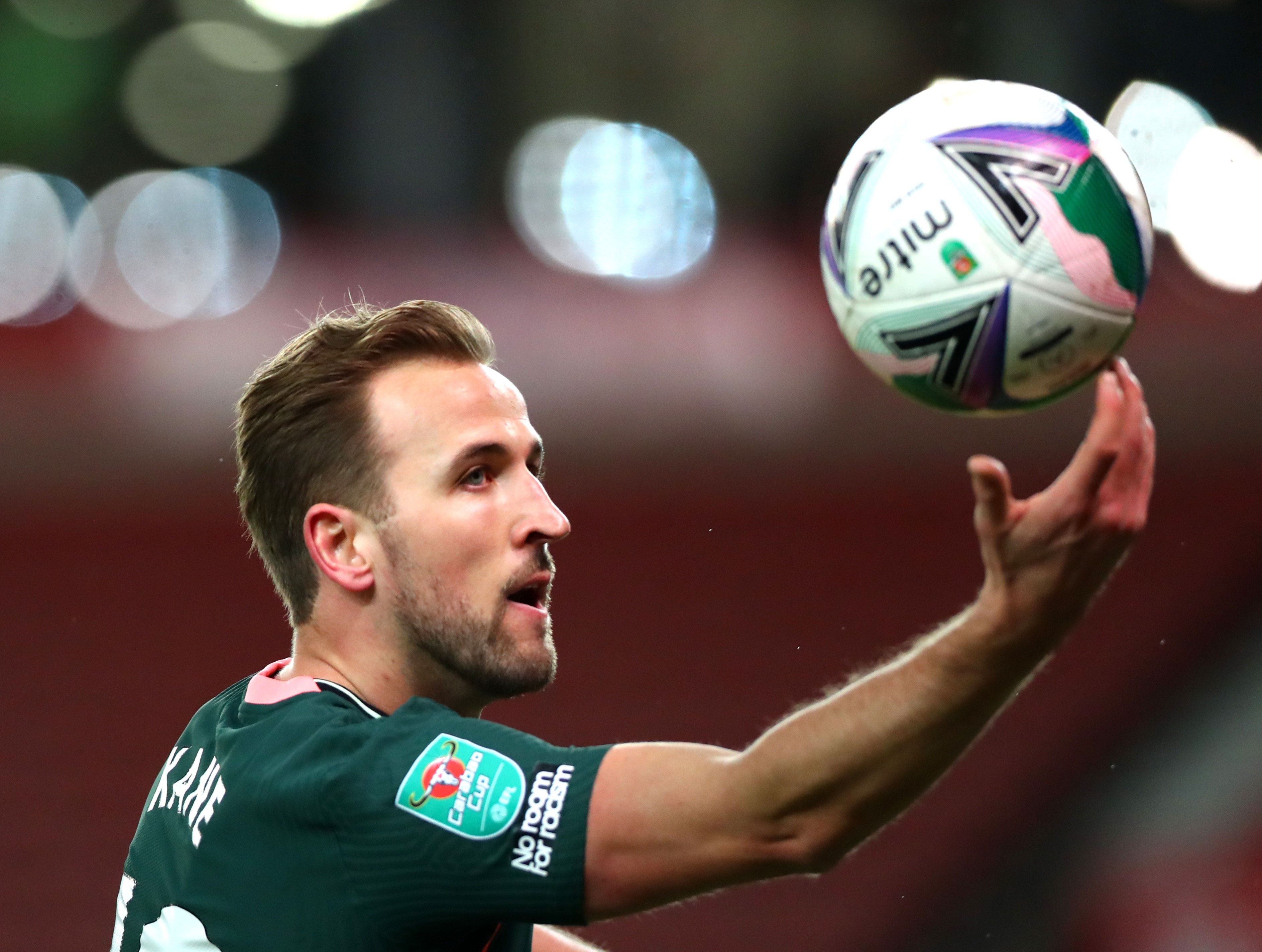 For the second half, Son Heung-min replaced Bale but it was Stoke who improved massively .

Thompson made it 1-1 by producing a good finish at the far post after a decent, low cross from Jacob Brown.

A clearly unimpressed Mourinho made another couple of changes with Moussa Sissoko replacing Lucas Moura and Erik Lamela coming on for Alli.

And the switches helped make a difference although Mourinho would not have expected the second goal to come from Davies, who seized on a poor clearance by taking one touch before striking the ball sweetly from 25 yards.

Another mistake from the home side saw Sissoko release Kane with a first-time pass and the England skipper delivered a composed finish into the roof of the net with nine minutes left.